Home / Fanboying! • Scotty The Music Man / The Legendary 1980’s Icon Cinnamon… I Mean Stacey Q On Location Of Her New Video For Tonight (We’ll Make Love Until We Die)!

“I… I… I… I Need You… I never said I wasn’t gonna tell nobody!
When we’re together it’s like hot coals in a fire… Hot Baby…” Sorry, I had a momentary 1980’s relapse… There should be some kind of psychedelic music playing along with a lava lamp… Ah lava lamps… I still love them!

Anyway, Scotty is our resident music nut and he’s out and about for 1980’s icon Cinnamon! I mean Stacey Q! LOL… Cinnamon is of course Stacey Q’s alter ego from The Facts Of Life… and since I am the resident Facts of Life fan… Well… I can’t help but call Stacey Q by her alter ego…

Stacey Q was shooting a video and Scotty was hot on the scene! Check out his full report after the jump! Like Totally!

I am a HUGE fan of the 80’s freestyle music genre which includes groups like Lisa Lisa and Cult Jam, Expose, the Cover Girls, and Stacey Q. Stacey is one of my favorites from that time and was going to be shooting a video in West Hollywood. I was not going to miss it! She was shooting a video for a song she re-recorded from her old group SSQ that was used in “The Return of the Living Dead” in 1985. There were zombies from the Knott’s Berry Farm Halloween Haunt for the shoot. They looked amazing! 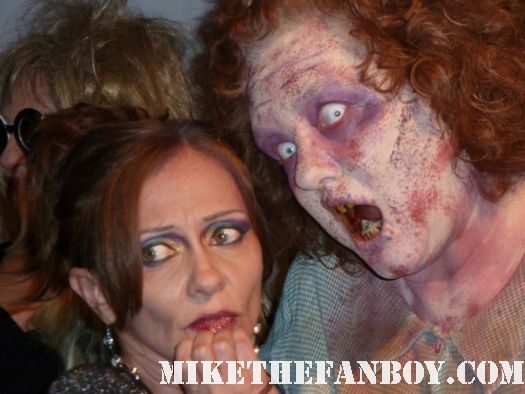 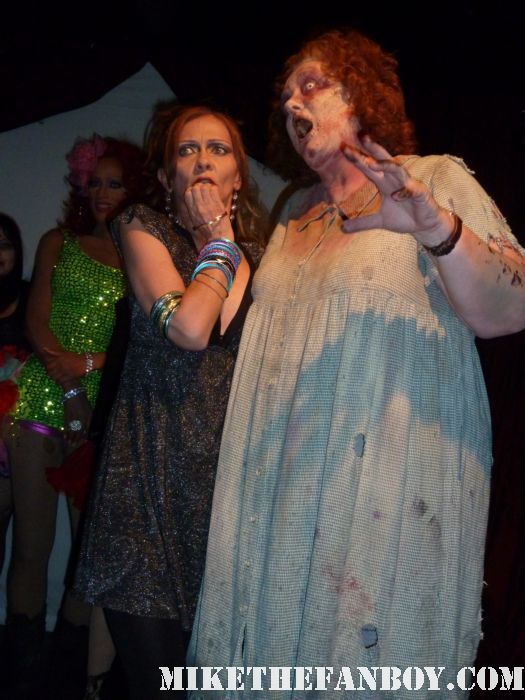 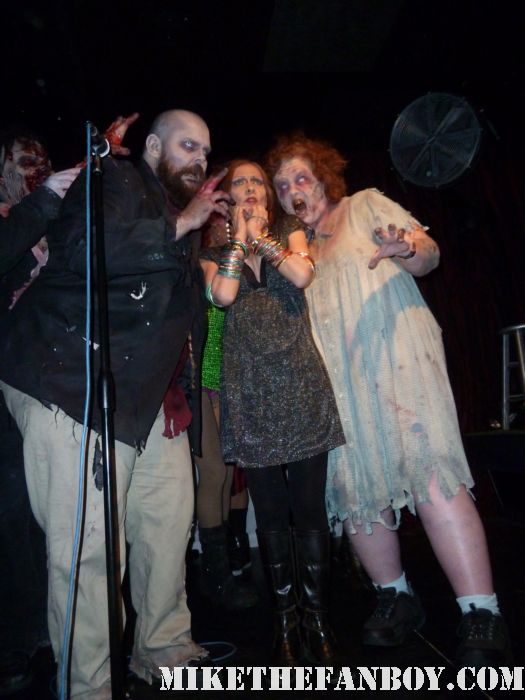 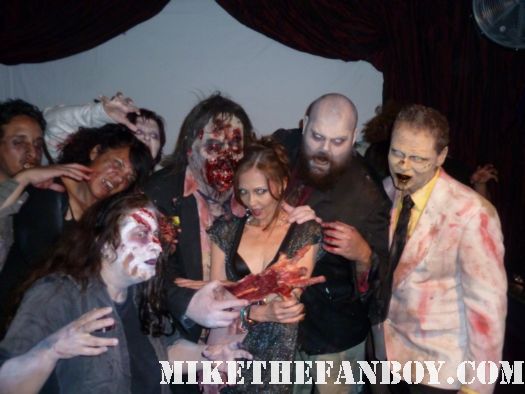 Stacey performed the song with a dancer and zombies in tow. After the shoot, Stacey took a break. When she returned to the stage, she graced us with two songs. She performed her HUGE hit “Two of Hearts.” Everyone went wild. Stacey still looked and sounded great! 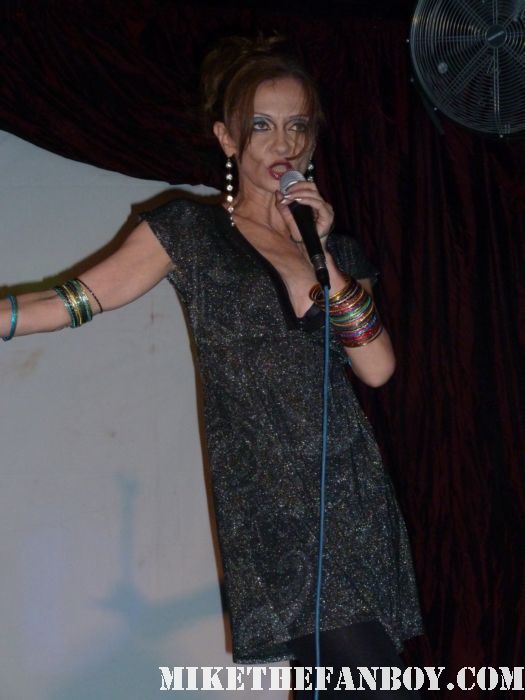 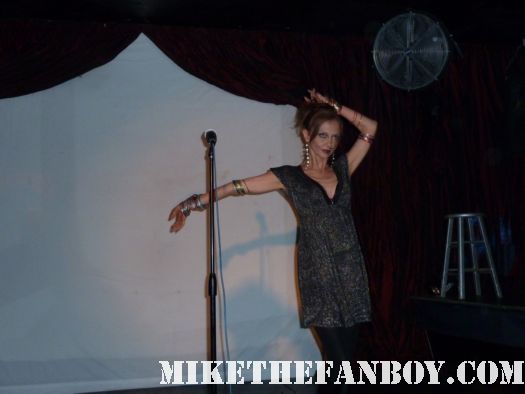 After the show, Stacey met with fans. She signed my 12” singles for “Two of Hearts,” “We Connect,” and “I Love You.” Stacey’s autograph is awesome. Her signature is the type of autograph you wished you received from every celebrity you meet. Stacey was also very kind and took time with each of her fans. She really made my night! Thank you Stacey Q for making the night special! 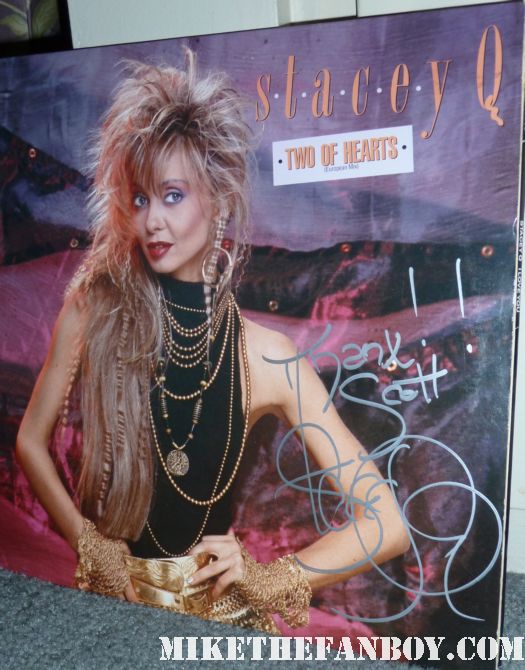 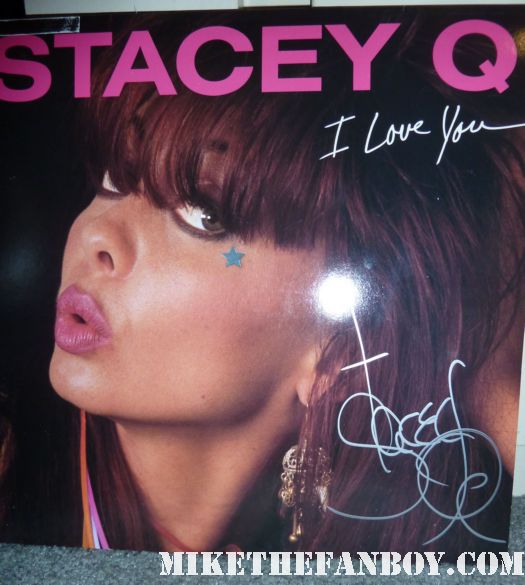 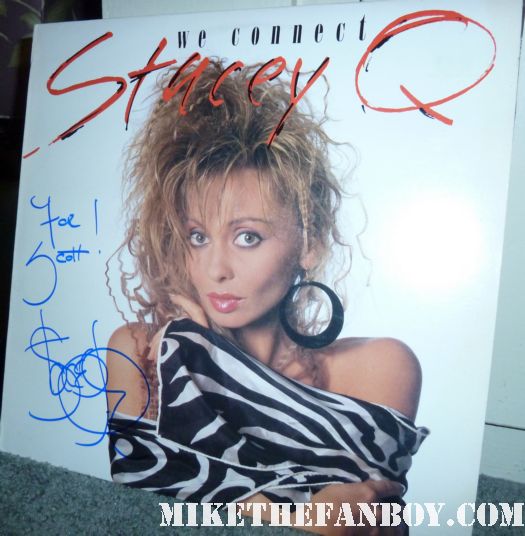 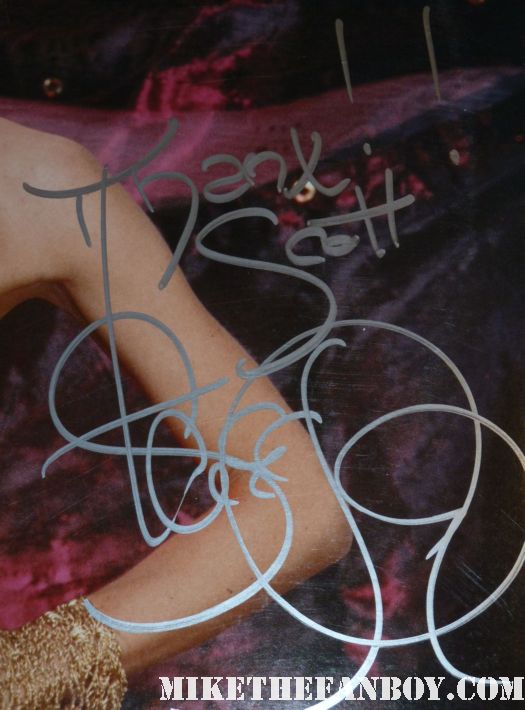