I know Harry Potter is huge, and when I say huge I mean… well… huge… lol… A total understatement to be sure, but probably apropo… Anyway, The Lovely Erica is the biggest Harry Potter fan I know (ask her how many original wands she has? Go ahead ask!) and when someone from Harry Potter is out, she tries to be there… This is when I get a call that goes something like… “the voice of the house elf in the fourth Harry Potter movie is doing a q and a…” and my mind turns to mush… Probably like when I start a conversation with “In season 3 episode 17 of Buffy, Anya wasn’t nearly as comedic as she became in later episodes…” and I watch all my friend’s eyes glaze over…

Anyway, today is a double header for Erica as David Thewlis who played Professor Lupin in Harry Potter is out along with Crouching Tiger, Hidden Dragon star Michelle Yeoh!

Today I’m headed out for a screening of the movie, The Lady. I’m excited since the star Michelle Yeoh is doing a Q&A. Crouching Tiger is one of my favorite movies and I have a mini-poster I optimistically acquired a few years ago. I thought it was unlikely I would ever get it signed, however, patience pays off and this is my first opportunity.

As if that wasn’t enough reason, David Thewlis, Professor R.J. Lupin from the Harry Potter movies is also joining the Q&A! I’m so there!

Fortunately, this is a low key event so there are just a handful of us here and only a few undesirables who are sitting a little ways from the rest of us.

Scotty is a last minute arrival and he’s just in time to chat with us when security comes over. They tell us they will ask Michelle Yeoh if she is willing to sign and, if so, they will bring her over. Wow! Nice and organized.

Not long after, a limo pulls up and the publicists chat with the occupants. Then the publicist looks up and nods to security! Woo hoo! 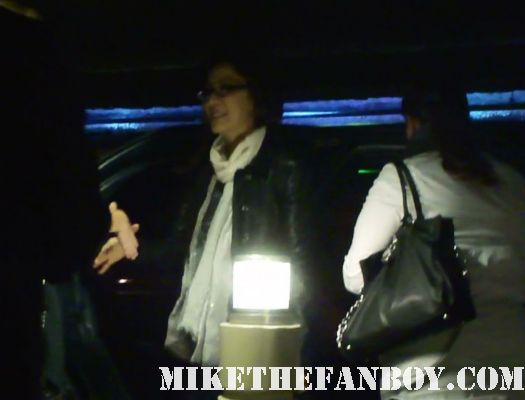 We quickly form a line to keep this organized. Michelle gets out of the car and heads towards me. As I prep my poster, I hear someone yell out “David!”

David Thewlis is here too!? Ah! I need to get my Harry Potter promo diary ready! 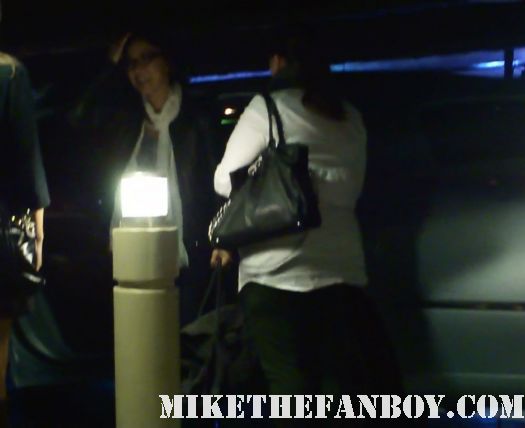 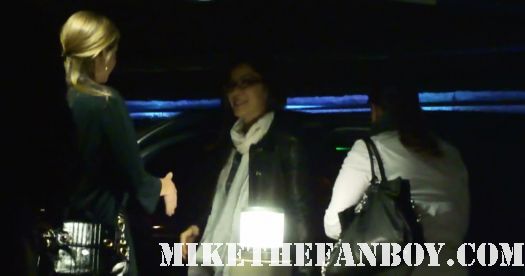 First though, Michelle comes over and signs a gorgeous signature on my poster, taking her time to make sure you get every letter. 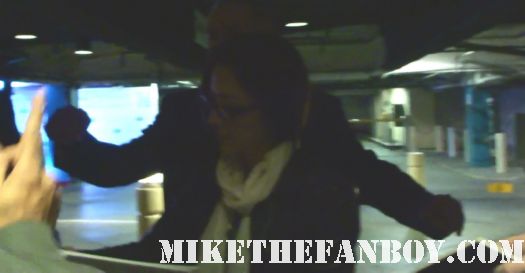 Yeah! She finishes my poster and heads down the line where there are quite a few things from Memoirs of a Geisha and Tomorrow Never Dies waiting for her. She takes her time with each one. So nice! 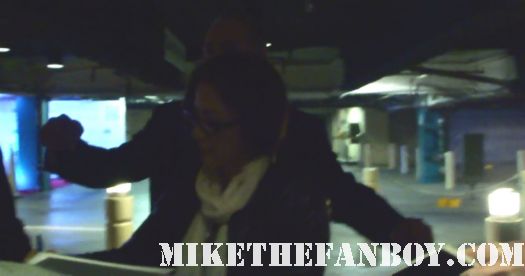 I head around to the end of the line where David Thewlis is signing. Geez is he tall! Lupin is one of my favorite characters in the books, but was unfortunately a bit short changed in the later movies. However, David was great in Harry Potter and the Prison of Azkaban so I’m thrilled to see him. 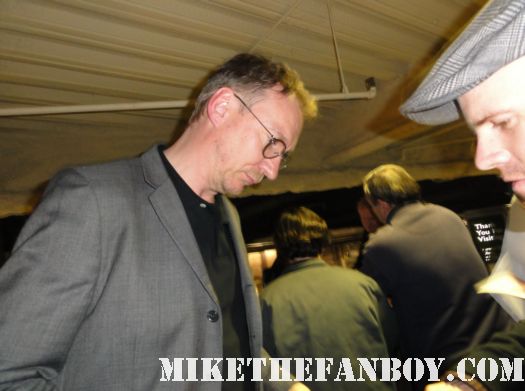 He signs my diary and Scotty’s poster and stops for a quick picture. It looks like we’re playing peekaboo or re-enacting the “So long, farewell” number from the Sound of Music, but he’s just bending in half to make sure we fit in the frame! 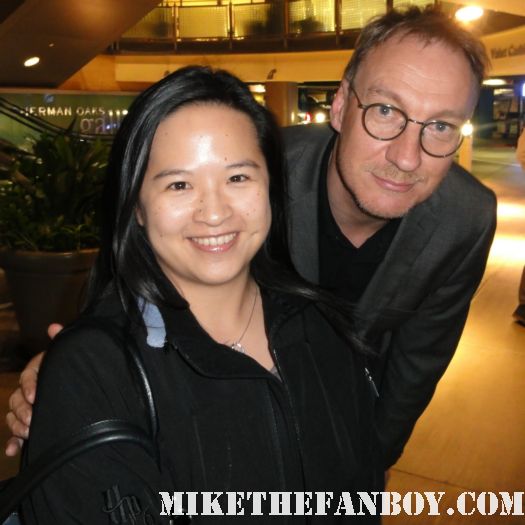 David and Michelle finish signing for us and then head off for the Q&A. 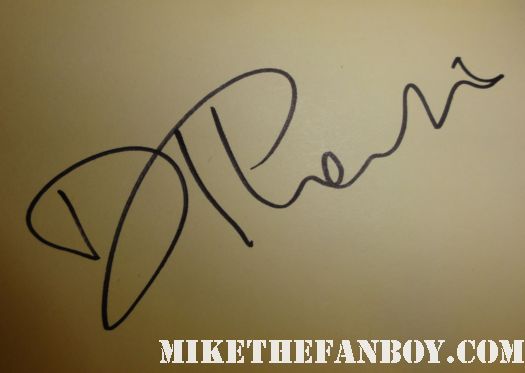 Yeah! I love it when things are simple — the actors are so nice and there is no pushing and shoving. A successful night and everyone leaves happy! 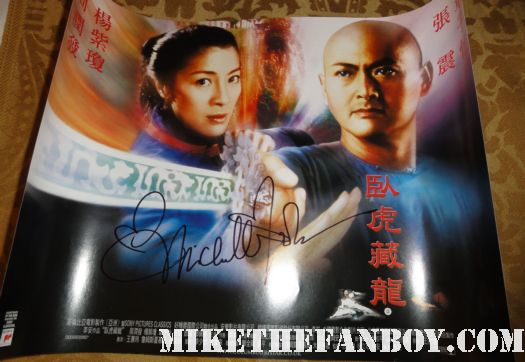