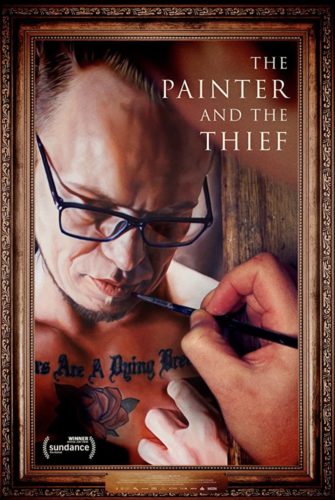 Imagine befriending the person who turned your life upside down. Such is the stranger than fiction story of “The Painter and the Thief.”

Czech artist Barbora Kysilkova recently moved to Norway and while conducting an exhibit at Galleri Nobel, two of her most prized paintings, “Chloe & Emma” and “Swan Song,” are seamlessly stolen after hours. Using the utmost precision, the two canvases are carefully cut from their backings and vanish without a trace. Instead of chastising career criminal Karl-Bertil Nordland for his actions, Barbora begins an unlikely friendship linking these two lonely souls together in an unforgettable documentary. 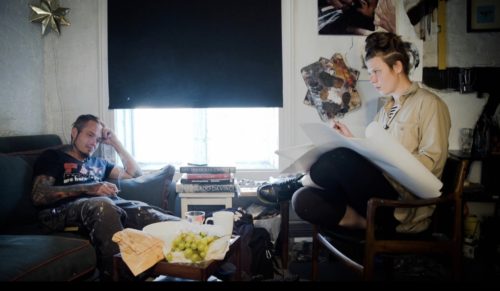 Benjamin Ree’s remarkable movie creates a compelling cinema-verte with “The Painter and the Thief.” Barbora Kysilkova’s photorealistic paintings are breathtaking in their own right, but the fascinating friendship developing before the viewers’ eyes is undeniably unbelievable. It’s an engaging, entertaining film that keeps pulling you in with every shot. You don’t want to miss this documentary!

In the past 20 years, documentaries definitely have reached a new level of entertainment with more recent examples being equally entertaining like most modern mainstream movies. This particular documentary deceptively sneaks up on you and is an audacious accomplishment. Combing the best aspects of “F For Fake” meets “Exit Through The Gift Shop,” Ree’s mastery behind the scenes captures the most tender, thought-provoking moments of this burgeoning friendship. 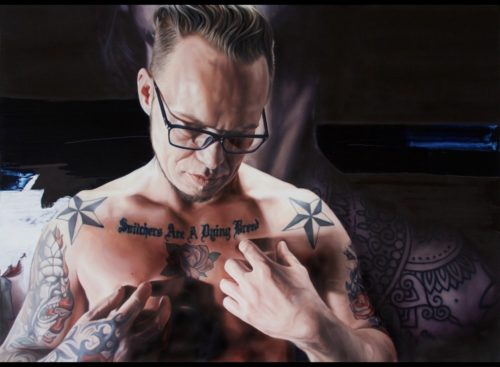 It’s a terrifically, tangled film focusing on forgiveness and compassion. “The Painter and the Thief” is a miraculously moving portrait of a criminal and his victim in the most improbably of relationships. Throughout the nearly two hours, these alluring and amazing artistic souls help save one another from their own demons. Quite literally, inspiration comes from the strangest places.

Norwegian documentarian Benjamin Ree initially sought out to make a film about art theft before stumbling on the story of Barbora Kysilkova. The narrative is thoroughly enjoyable and certainly could be worthy of its own feature film adaptation. The consistency capturing entertaining moments makes their whole friendship awe-inspiring and almost too astonishing. As a matter of fact, the film certainly teeters into “Catfish” territory with questioning how authentic everything truly transpires. 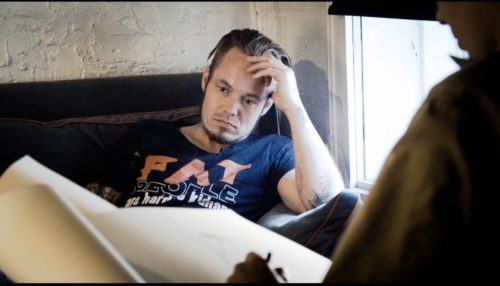 Doubts certainly creep in when the movie begins with fairly fluent amounts of English despite taking place in Norway. Everyone and anyone is speaking English without a problem. Fortunately, the film finally transitions to a hybrid of Norwegian and English, especially when perspectives change to the painter’s side. Still, it felt like a disservice despite the beautifully bizarre storyline.  Movies like “Honeyland,” “The Look of Silence,” and pseudo-documentary “Land Without Bread” prove documentaries transcend languages with universally captivating cinema by utilizing their respective native tongues. Sadly, when you take into consideration the amount of English spoken during a documentary taking place in Norway, especially considering Norwegian and Sami are the two official languages, it does cast uncertainty if anything was staged or recreated. Nonetheless, “The Painter and the Thief” is a magnificent, must-see movie!

Starting May 22, 2020, NEON will release “The Painter and the Thief” on Hulu, VOD, Virtual Cinemas and participating Drive-Ins