When I got The Marine 3: Homefront to review I knew who would be the perfect choice to give it a spin! Travomania! Hello! Trav is our resident wrestling fanatic and fan of Mike Mizanian AKA The Miz!

Incidentally, you can win a copy of The Marine 3: Homefront by entering our blu-ray contest! Hello! What are you waiting for? Enter Dammit!

Check out Trav’s review below!

The Marine 3: Homefront review by TRAVOMANIA

As a life long & die hard WWE (World Wrestling Entertainment) fan I have watched & own the two previous entries in The Marine franchise, so I was excited when I received a copy of The Marine 3: Homefront & was given the task of reviewing it. The first entry, The Marine (2006,) starred WWE Superstar John Cena & The Marine 2 (2009) also starred a WWE Superstar, Ted DiBiase Jr.  I enjoyed both movies for what they were, action packed movies where wrestlers kicked ass & saved the day.  Hey, that works for me ! 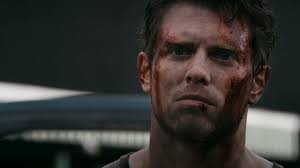 So now we have The Marine 3: Homefront which stars yet another WWE Superstar Mike Mizanian, better known as ‘The Miz’ to wrestling & reality TV fans. For those of you who don’t know who ‘The Miz’ is he got his start on MTV’s Real World: Back To New York (2001). He was always clowning around acting out an early version of his gimmick (character) ‘The Miz’ & would entertain & annoy  his Real World roommates. But through it all you could see his love & passion for “pro rasslin”. 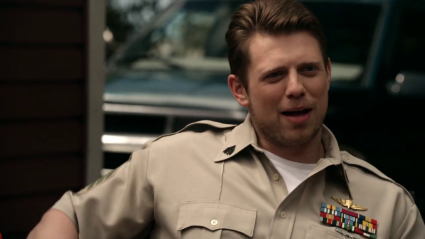 In 2004 he entered WWE Tough Enough, a pro wrestling reality show where the winner wins a WWE contract. ‘The Miz’ didn’t win, but he was 1st runner up. After lots of hard work & determination he ended up finally signing with WWE in 2006. Since then he has won several championship titles including U.S., Intercontinental , Tag Team & WWE Champion. Not bad for a ‘reality tv star’. He has also appeared in numerous TV shows including Real World / Road Rules Challenge, Fear Factor, Are You Smarter Than A 5th Grader ? & now he stars in his own movie The Marine 3: Homefront. 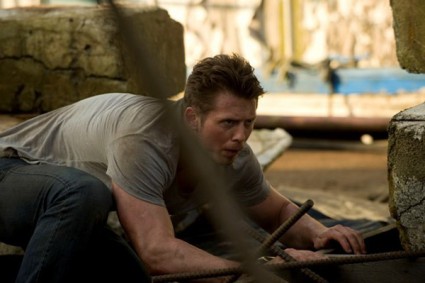 Now that we know who The Miz is let’s get to the movie. Let’s see if I can do this without spoiling too much LOL.  Miz’s character, Jake is a small town boy who joins the Marines and after 14 months he returns to his small town, Bridgeport, Wa. to live with his sisters. Their parents have passed away & some things have changed while he has been away. He doesn’t like the boy his younger sister, played by Ashley Bell (The Last Exorcism 2) is dating & he doesn’t like that his other sister is dating his best friend, who is a cop. Maybe he just has a problem with his sisters dating period. He tries to fit back in but of course one of the local small town yahoos gives him & his friend trouble at a bar & this is when we see first hand exactly what kind of physical damage this Marine (and WWE Superstar, in case I didn’t mention it already LOL) can do when provoked. 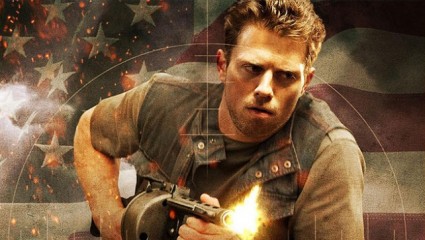 We are now made aware of a bank robbery going on in Seattle and find out that it’s actually a militant / extremist group who’s plot is much bigger than robbing banks. While out in the woods back home Jake’s younger sister, Lily & her boyfriend witness a shooting involving the militant groups leader, Pope, played excellently by Neal McDonough (who also starred with another WWE Superstar, The Rock in ‘Walking Tall’) during an explosions deal gone bad. So naturally she screams and they notice her and they now have witnesses. So they do what any militant group would do when this happens, they chase both of them down & hold them captive on a huge boat. We now also learn that their mission is to blow up a building and send a message to all of the “rich greedy people”. To quote Pope this is their plan “You see if you kill a couple CEOs, you make the  local news. If you knock off a dozen, you make the CNN / Fox cycle for about three days. You take down 20 fat cats and 30 stories of glass & steel, then you make history”. (When I heard that, I knew I had to include it in here somewhere).  There is a brief back story to WHY they want to do this but you’ll just have to watch & see for your self. 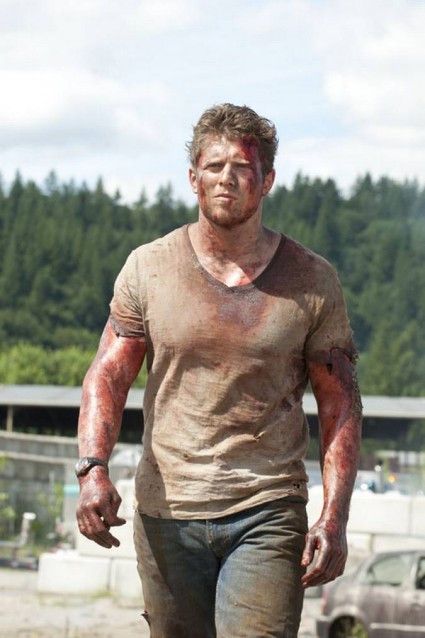 By now Jake (WWE Superstar The Miz … in case you lost track LOL) finds out about his lil sis & bf being held captive on this boat & wants to go rescue them. Of course the FBI wants him to stay out of it because they have it “under control”. Boy were they wrong. Word gets back to Jake & everyone else just exactly what the militant group has planned with the explosives they acquired earlier. Now it’s up to Jake to stop them & get his sister & bf back. Lots of hand to hand combat, shooting, blood & explosions finish the movie off. Does The Marine rescue his sister, does he stop this wacko extremist group (which they never say by name, maybe you guys can help me come up with a cool name for them). Well you’re gonna have to buy it, Red Box it or Netflix it to find out !!!! 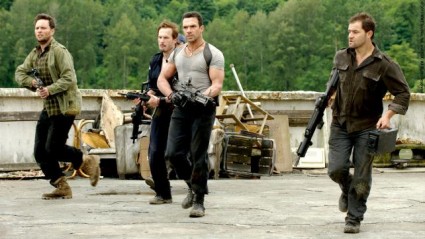 After it was all said & done I did enjoy watching this movie & it’s as good if not better than the first two. Everyone starts somewhere & I look forward to The Miz doing some more movies possibly playing a cocky, arrogant  character … oh wait, he already does that at his day job as, you guessed it, WWE Superstar and like he reminds us every chance he gets … He’s “The Miz and he’s AWWWWESOME !!!”