This write up will be in lieu of my regular Super Short Sunday. Last week, I was fortunate enough to attend an event at the Paley Center for the Hulu original series, The Path. The series stars Aaron Paul, Hugh Dancy, and Michelle Monaghan. The Paley Center for Media screened the first episode of season 3, which is set to air January 17, 2018. After watching the episode, there was a Q & A with Aaron, Hugh, Michelle, Emma Greenwell, and creator Jessica Goldberg. 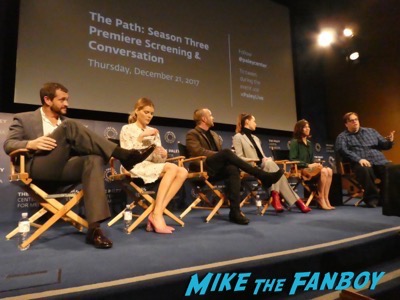 They Paley center requested that nothing be revealed from the premiere episode. Jessica did say that they wanted everything to bigger and better this coming season. One of the big additions to the cast this season is Freida Pinto. Unfortunately, there is nothing I can reveal about her character.

Hugh Dancy was asked what has the drive been for his character’s progression. He jokingly answered, “The hope of another season!” Hugh did add that this coming season will explore more of what his drive is and how it comes from a damaged place. 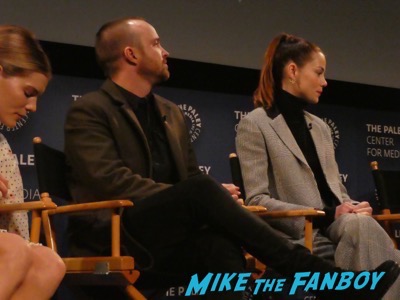 The moderator then discussed how Michelle’s character, Sarah, has had complex relationships with all the characters throughout each season, especially with Cal. She was asked how she thinks Sarah feels and approaches those relationships. She answered, “Fundamentally, Sarah and Cal have a very intimate and spiritual relationship on a lot of levels.” She felt that this was built to a greater level during season 2. She added, “I feel that Eddie and Sarah are soulmates.” She found this to be an interesting thought especially since Sarah was about to throw in the towel with their relationship at the end of season 2. 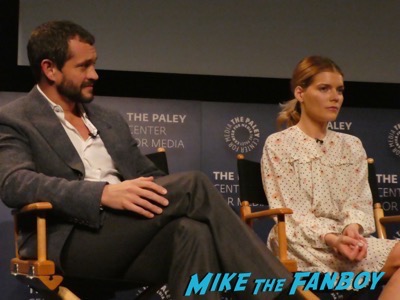 Aaron discussed how his character, Eddie, had been running away from Meyerism. He also alluded to how his character’s relationship with Meyerism would develop in the new season. He mentioned that he rarely got to work with Hugh during season 2, and gave a hint to how that may change in the new season. Aaron was then asked how it was like to portray a character who had so much doubt within a show that heavily revolves around faith. Aaron answered, “It was very complex. Again, he is just running away and all these things just kept haunting him and tried to kind of pull him back. He just kept trying to ignore it. He just caved and realized this is where it happened.” 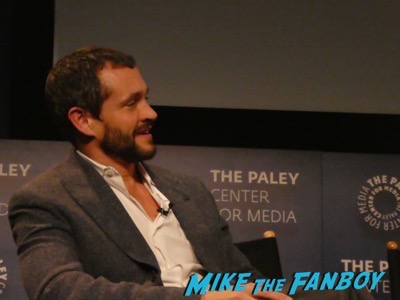 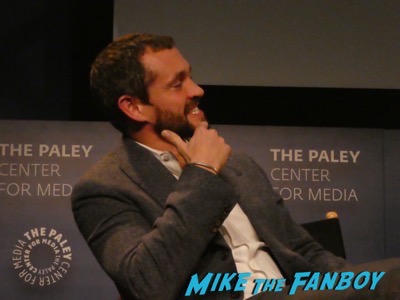 After the Q & A everyone crowded toward the stage to meet the stars. I made my way towards Aaron as I wanted him to sign my Christmas gift that Mike had given me. Mike got me an amazing press kit from Breaking Bad. I patiently waited for Aaron as people pushed and shoved. Some people got their photo op and wouldn’t move. There was even another person who got his photo op, stood by Aaron, and for no reason asked for a second one. He never checked to see if either came out. Aaron was about to turn to me at least three times to sign, and someone would grab or tap his shoulder to take a picture. I could not believe the level of rudeness from the crowd. By the time I was able to ask, I had photos and people pushing me to the point of almost bumping into Aaron. I was a little embarrassed to be part of the crowd. Luckily, Aaron is a class act and tried his best to sign for everyone before security pulled him. This was my last signature of 2017. Thank you, Aaron for continuing to be SO AMAZING to your fans. 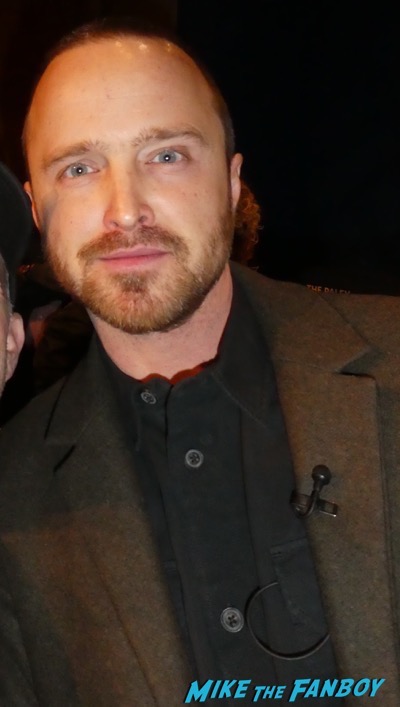 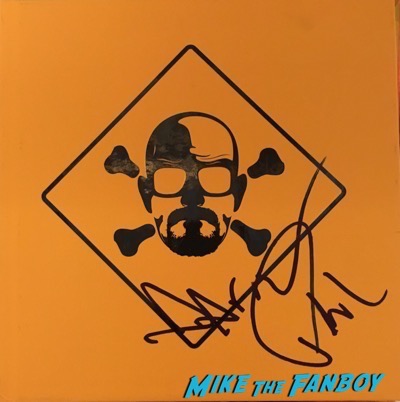