The cast and creative team got together for a q and a, panelists included Ellie Kemper, Tina Fey, Tituss Burgess, Carol Kane, Jane Krakowski, Lauren Adams, and Sol Miranda. 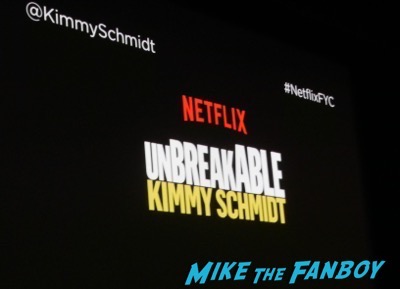 The panel was lively and fun.

“When someone asks me what the show is about, I say… I speak Spanish and live in a bunker!” Said Sol Miranda. “My friends said, ‘that’s dark’ but it’s so touching as well.”

Jane Krakowski is hysterical on the series.

“I got an email from Tina that said, ‘hey do you wanna be on our show?’ and I just said, ‘yes… YES!’ I wrote back yes, I had no idea what the show was about, but I trust them.” Jane said. 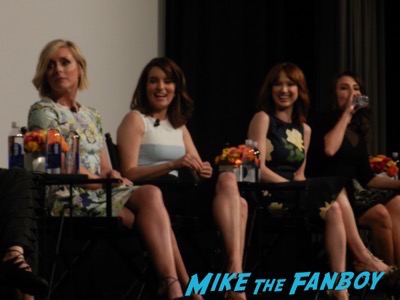 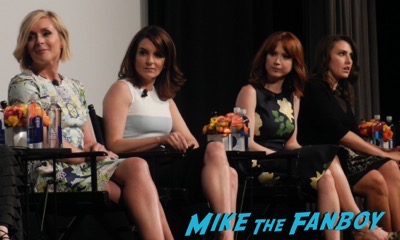 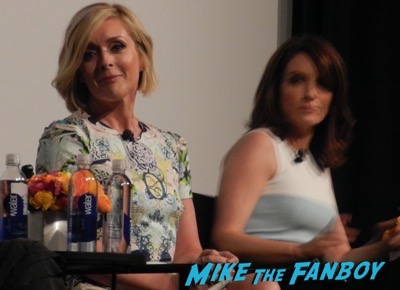 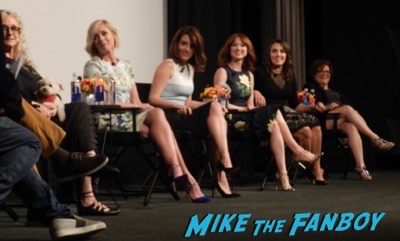 And her character is so interesting and funny.

“It is a joy and that’s what I love about it. When we meet her, we think she’s one person and we reveal through the season she’s someone else. When we meet her, she’s losing it. In most of the season, she’s in a state of denial and state of realization and to get grounded at the end, it’s sort of like she went in reverse.” Jane mentioned with a laugh.

“I’m in New York all the time and I meet fancy woman. They maintain this fake lifestyle and privilege. It can be so funny. Tina Fey exclaimed. 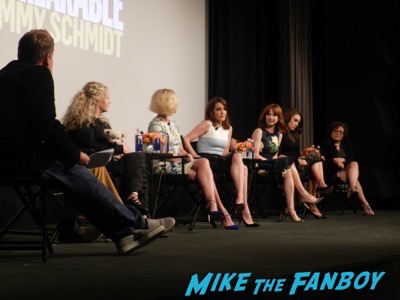 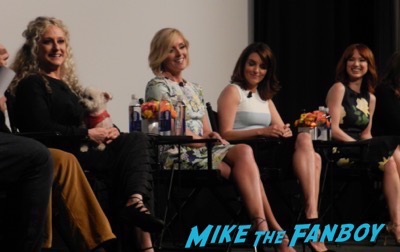 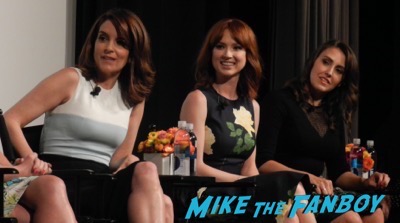 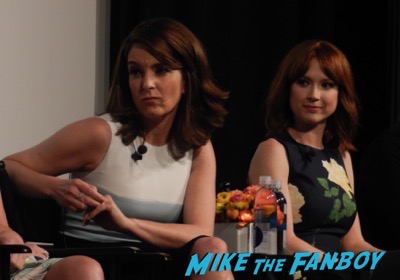 Will we ever see a full version of Daddy’s Boy?

“There is a bit of an Easter egg on one of the episodes you can see more.” Said Tina. 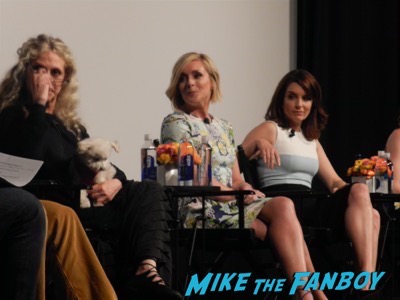 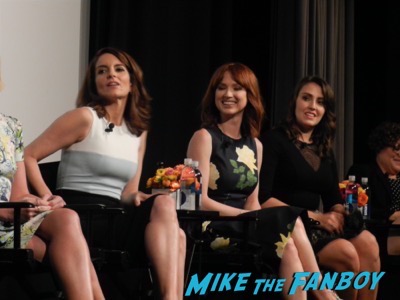 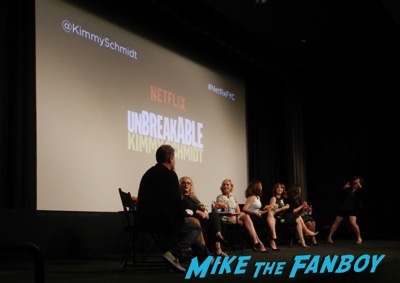 When talk turned to Kimmy, Ellie Kemper had a lot to say.

“She’s naive by necessity, but Kimmy isn’t an idiot.” Said Ellie Kemper, “She has a lot of optimism. 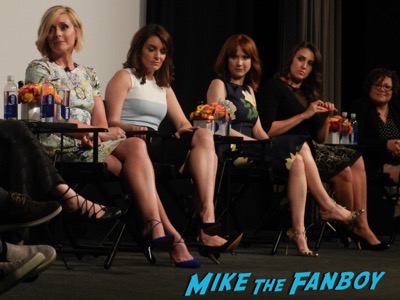 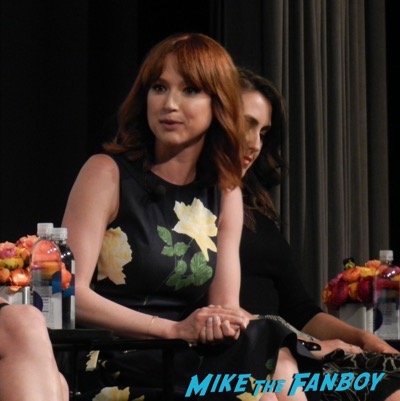 After the panel everyone stayed to greet the fans and members of the audience.

I was able to meet Carol Kane who is adorable and actually brought her dog to the panel, I brought my “The Unbreakable Kimmy Schmidt” Mini poster with me and had everyone sign it.

Tina Fey quickly made her way down the line. She signed my Date Night mini poster, my Kimmy Schmidt poster and Big Mike had her sign my Baby Mama mini poster as well. Score!

Jane Krakowski was sooooo nice. Posing for photos, and chatting with everyone. 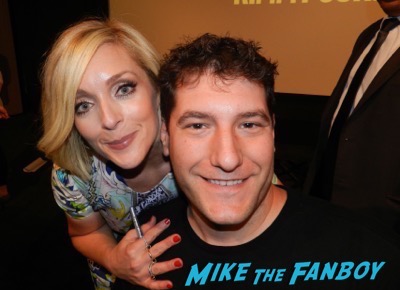 I made my way over and had Lauren Adams and Sol Miranda sign my poster as well.

Finally, I got to Ellie Kemper and she was in a hurry and sadly signed my poster in a dark spot. Doh!

Tituss Burgess was sick and not able to attend.

At the party they served Twinkies and Pop Rocks. I was able to get pictures with Lauren Adams and Sol Miranda as well. Plus, I got another photo with Jane. 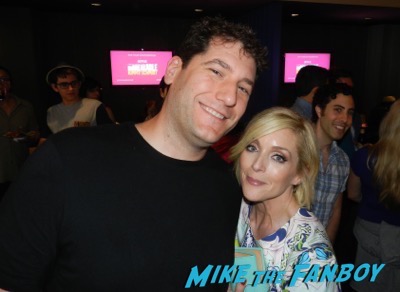 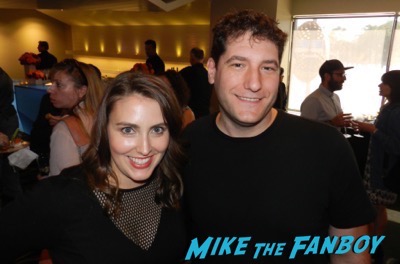 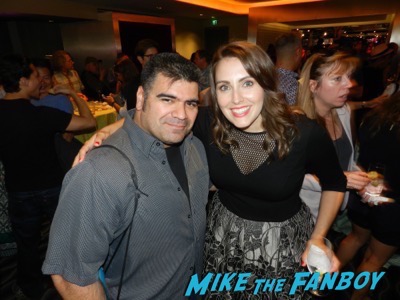 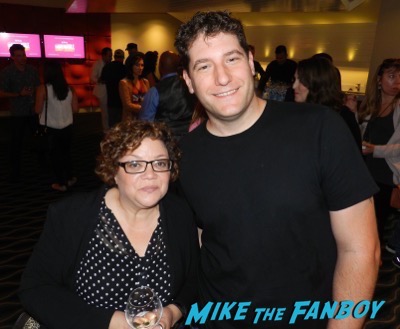 They had a lot of costumes on display from other Netflix series. 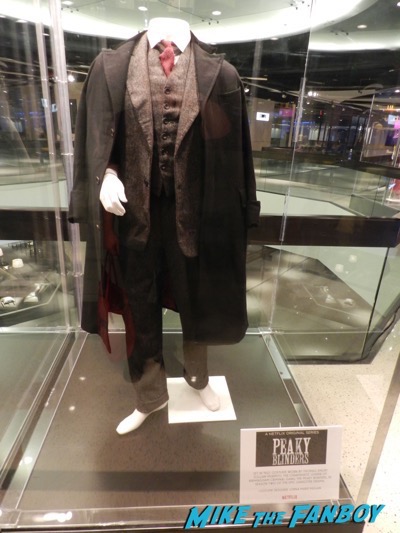 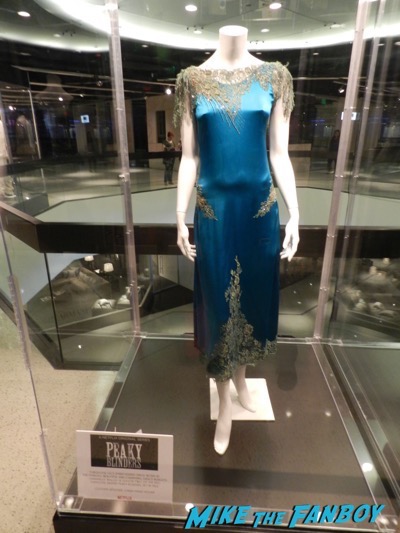 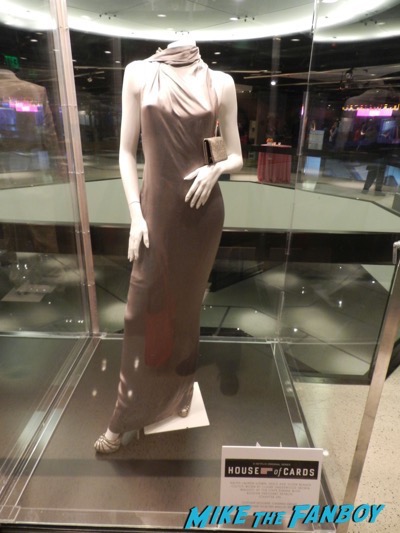 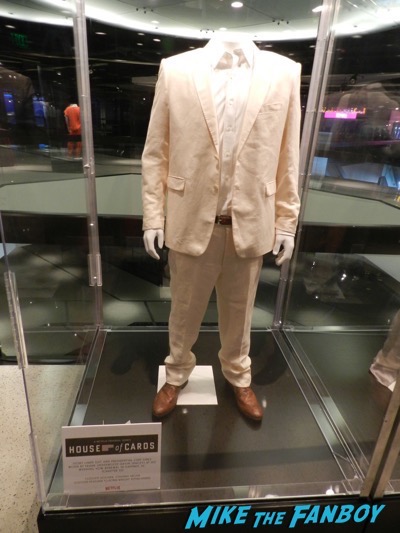 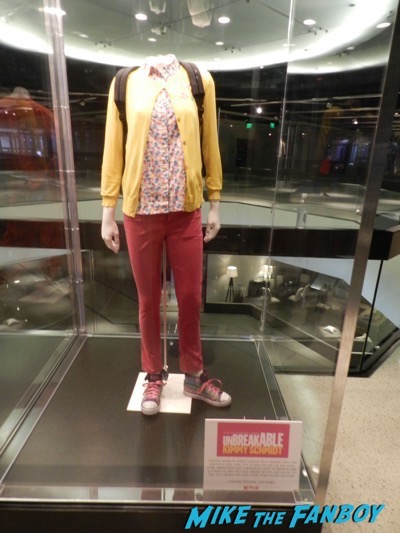 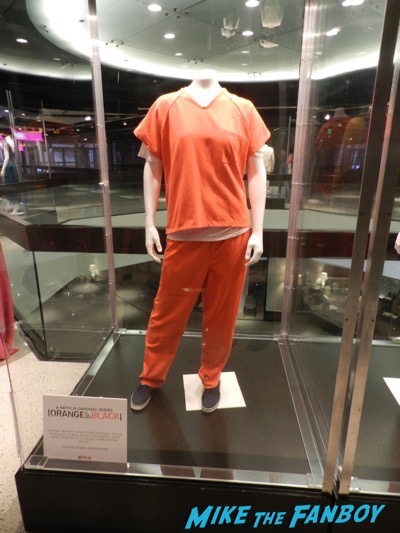 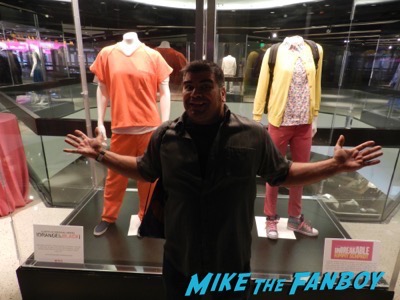 It was such a fun day and we had a blast. 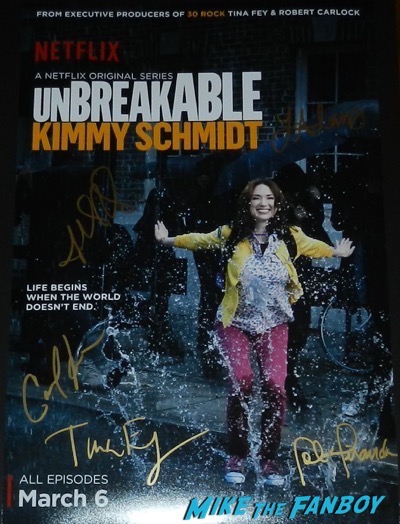 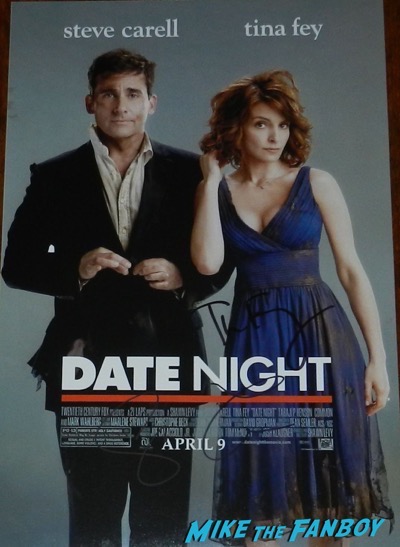 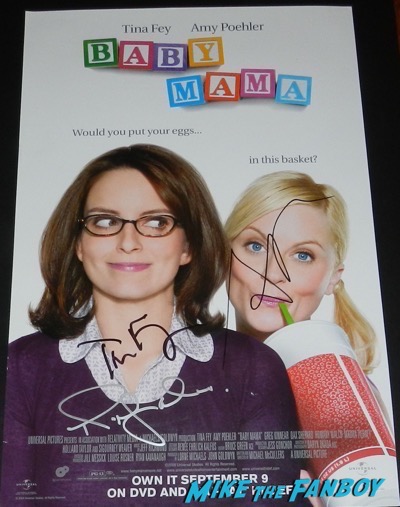