Ah, Fanboy Fails… This is a fail that got turned into a success… But just a different kind of success…

Last year, I found out they were shooting season 7 of Weeds downtown Los Angeles, so I placed calls and convinced SCotty to come with me. We braved traffic from Brentwood and headed down to Los Angeles.

It didn’t take long to find the set and parking. It was set up on the streets of Los Angeles where they were shooting on what looked like a bench. Scotty and I were walking on over when I spied Mary Louise Parker walking towards me getting filmed for the shot. Holy crap we just walking into the shot! I froze, couldn’t move and then Scotty said, “ummm should we move?” and I answered something very intelligently like, “blah booo Nancy Botwin dyeing pass out now.”

It was a quick shot so we decided to cross the street to watch a little more of the filming. We talked with a few of the extras and then the shot was done. It almost looked improved. I told Scotty we should cross the street and so we went back over. As we were walking Mary Louise Parker was crossing into the basecamp. So we started to run…

Now, picture a large Canadian who loves me some Mary Louise Parker running like a banshee in 80 degree heat and clutching a Weeds poster in downtown Los Angeles. As you can tell I’m all into subtle.

Sadly Scotty and I were like a half block too slow and the lovely Ms. Mary Louise Parker boarded the bus and was off. Dammit!

I’m not afraid to admit I was a tad dejected.

So, we were walking back towards where they were shooting and I stopped in my tracks and almost lost my shit. Scotty can verify this… LOST MY SHIT!

There was Tonye Patano dressed in full character as Heylia James crossing to basecamp.

I could not breathe. Tonye Patano hasn’t been in Weeds since season 3 so seeing her walking down the street as Heylia was shocking to say the least.

I grabbed Scotty and was like, you have to talk to her for me! I can’t, I can’t I’m too excited! Scotty was like, What’s her name again, and I’m like Tonye! Her name is Tonye!

So, scotty talked to her for me and I freaked out… and I had Tonye Patano sign a few Weeds cast pieces I’ve been working on. She was adorable and very stoked that someone recognized her from the show, let alone was as stoked as I was to meet her! 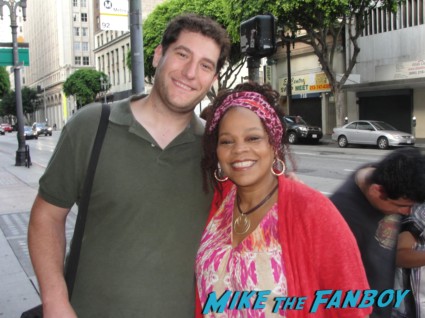 After we said our thank you’s to Tonye Patano one of the crew members that I talked to when I met Mary Louise Parker with Anushika, talked to us for a second. He was so cool, and was jazzed that we cared about everyone in the show. Very cool.

So, even though I had a sort of fail,it turned out to be a really cool random success.

Sigh… You couldn’t have asked for a better “fail” right! lol… 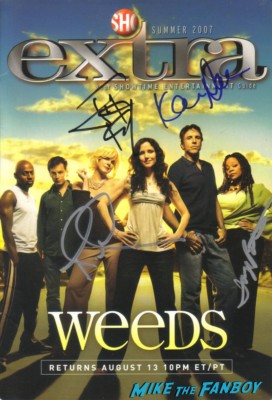 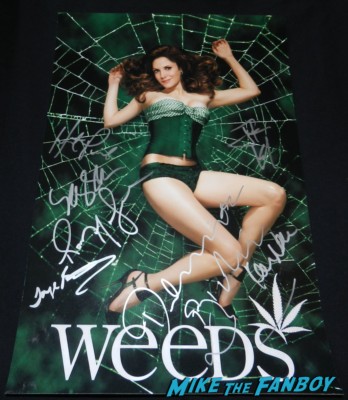