Home / NEWS • Walking Dead / The Walking Dead Season 5 Scoop! Terminus Answers! What Happened To Beth? Is There An Endgame? And More!

The Walking Dead is back on 10-12 and everyone is asking questions as to where our favorite characters are going to end up and what’s going on with Terminus! Cannibals? Tasha Yar? Is this really just a giant Pet Cemetery?

Entertainment Weekly sat down with Robert Kirkman, the creator of the Walking Dead and a producer on the show for some answers.

First, romance keeps blossoming? What’s up with that?

“There’s certainly more couples. I wouldn’t say that the entire group is starting to pair off, but there’s been some hints. I think if you go back and watch season 4, you’ll see some indication as to relationships that are forming here and there. Sadly, I would say that Daryl’s situation remains somewhat ambiguous, or should I not say that? That’s a powder keg for my Twitter feed, I tell you. But yeah, a lot of romance this season. I’m going to regret answering that question.”

And what happens with the Rick and Carol conflict. Tyrese is okay with her and what she did, but Rick…

“I’ll say that that we don’t waste any time getting around to that conflict. I’ll say that.” 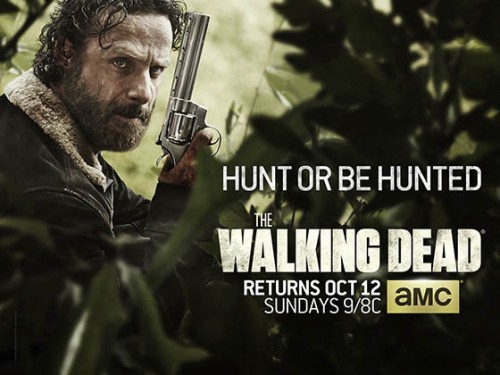 Speaking of Conflict… Rick saw Tara on the other side of the fence and now she’s with the group? There’s going to be trouble…

“That is certainly a lingering plot thread that will be dealt with. We did not forget that. That was something that was done on purpose, making sure that the audience knew Rick saw Tara on the other side of that wall so that that would have to come into play once she was brought in to be part of the group. We will be dealing with that. It’s a question: Will Rick be able to forgive her the same way Tyreese seems to have forgiven Carol? It’s a toss up. We certainly have left Rick in a place where he is sort of a take no prisoners, you’re f—ing with the wrong guy kind of person. That conflict could be a bit of a powder keg.” 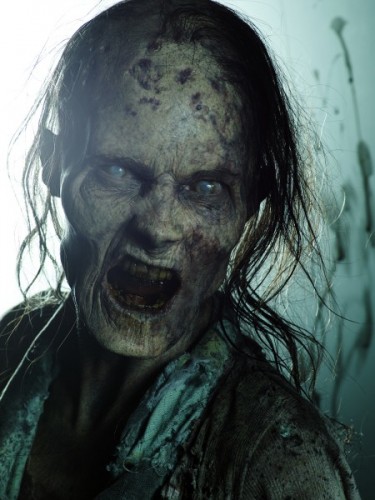 And what about Beth?

“There’s quite a lot to get to in the first half of season 5. The Beth storyline is definitely one of them. I wouldn’t expect it too terribly soon. But I think it’s pretty clear from what we’ve shown in the trailer that Beth has had a pretty difficult, pretty involved storyline that we haven’t really witnessed. There’s been a lot going on with her while she was missing and we’re definitely going to see a lot of that, so all things will be revealed Beth-wise. It’s going to have some pretty far-reaching ramifications for all the characters.” 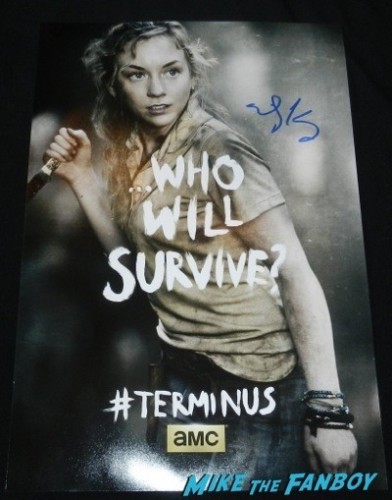 What about The Walking Dead’s endgame? We’re going into season 5 and shows start to lose steam…

“Sometimes I think maybe we will get to tell this entire story in television form because I will be telling the entire story in comic book form, but if the comic ends up going longer than the show, then we’ll have to alter our plans and do something a little different. But I don’t know. We haven’t really started thinking about that yet. Scott Gimple and I, we have many, many seasons mapped out— how they would adapt the comics, what portion of the comics they would focus on, and where certain events would fall in our television structure. I think we’ve got at least another year or so before we have to start talking about what the end game is and where the end game is.”

Season 4 ended with a cliffhanger…Is Gareth another Governor?

“What you have on the surface could appear to be another Governor conflict with Gareth, who’s the guy who is in charge of Terminus and is definitely in conflict with Rick. But the thing that excites me most about this show is that because these characters are growing and evolving and changing, Gareth is coming against a very different Rick Grimes than the Governor did. So the outcome is going to be quite different. The only hint that I’ll really give you is that there’s a lot of ground covered in our first 8 episodes, so I would say without a doubt that Gareth is far from the only threat, quite possibly far from the biggest threat, and there’s quite a bit on the horizon. I would just say more than any other season, we hit the ground running, and there’s quite a bit going on with all of these characters. I think people are going to be pretty happy to be along for the ride.” 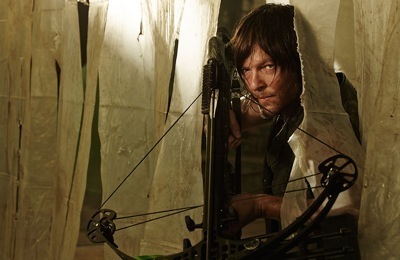 And Terminus… Cannibals? Or just people with a lot of bones and meat around?

“I’ll answer that with two statements: One, wouldn’t it be crazy if they didn’t turn out to be cannibals, since everything seems to be going that way? And two, all I’ll say is this season is following the comic book storyline pretty closely, possibly closer than we ever have before, and there’s a very popular, familiar storyline in the comic books that happened immediately following the exodus of the prison and it is entirely possible that we will be touching in some way on that very popular storyline.”

Check out EW for the full interview! AMC’s The Walking Dead comes back to the air October 12th!