Home / Fanboying! • Karalee / Karalee Causes A Scandal When She Meets Ghost Star Tony Goldwyn! Time To FanGirl Up And Get That Photo! Love It!

I haven’t yet see the ABC series Scandal. I want to mind you, it just hasn’t come across my path just yet. So much awesome television so little time! We really are in a golden age of TV.

Karalee however, is a huge fan and was able to meet star Tony Goldwyn! You may remember tony from Ghost and The Last Samurai!

Check out Karalee’s full recap after the jump!

It’s been a little while since I’ve ventured out and about for a celebrity photo op, but when I saw that the POTUS was going to be doing a TV appearance, I thought that seemed worthy of a fangirl try. No, not President Obama (though I would love to meet him one day). I’m talking about that other “president” — the one at the center of one of the hottest shows of the moment. That’s right, I’m talking about President Fitzgerald Grant III — Mr. Tony Goldwyn — of ABC’s hit show, “Scandal.” 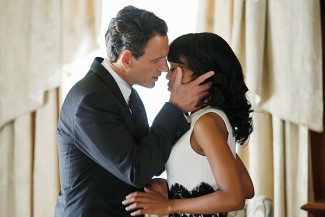 Tony’s enjoyed a long career, perhaps best known for his role as best friend/bad guy Carl Bruner in “Ghost.” (Is it really possible that movie is 23 years old?! Wow.) 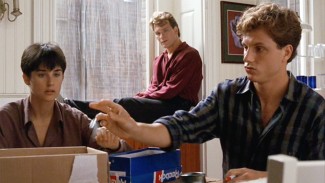 His other films include “The Last Samurai” 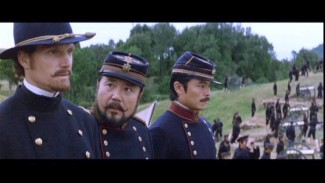 and Disney’s animated “Tarzan;” he voiced the title character. 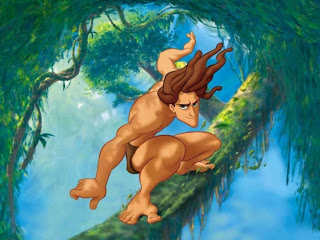 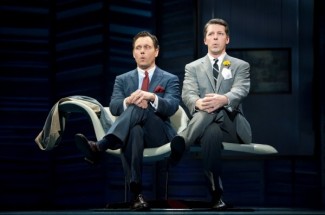 Currently, though, his popularity is through the roof because of that little show known as “Scandal.” Gladiators, rejoice! I’m a late-comer to the show, but once I started watching, I was hooked. Addicted, I am, fo’ sho’. Love the characters, love the pacing, love the drama, love Olivia Pope’s wardrobe!

I arrive a few minutes before Tony’s scheduled taping and immediately notice a gaggle of paparazzi and graphers — more than normal, I think, for a taping of “Extra.” Turns out, they’re here for the show’s other guest, Ziyi Zhang, best known for “Crouching Tiger, Hidden Dragon.” I love her, wish I looked like her, look forward to seeing her too.

Tony arrives and appears quite friendly and laid-back. 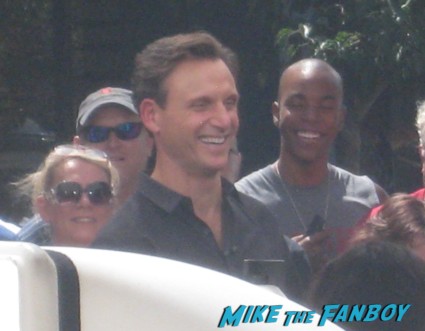 He interviews with Renee Bargh and they chat about the upcoming third season of “Scandal” and the show’s die-hard fans. 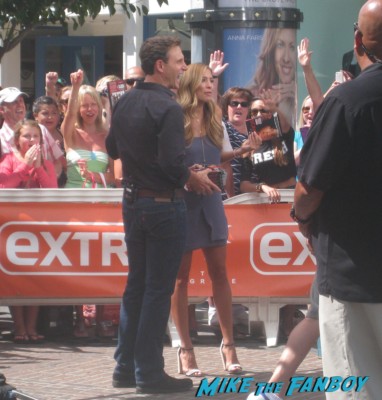 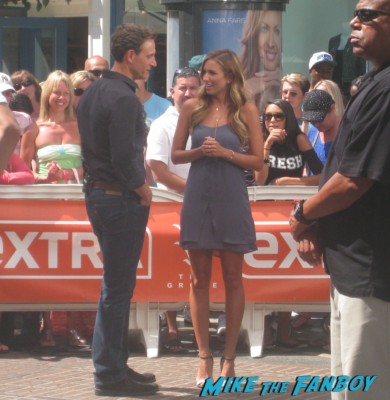 At the end of his segment, they hand out DVDs of the first season to the audience. Due to my jockeying for a decent photo-op spot, I fail to get a DVD (tragic, I know). 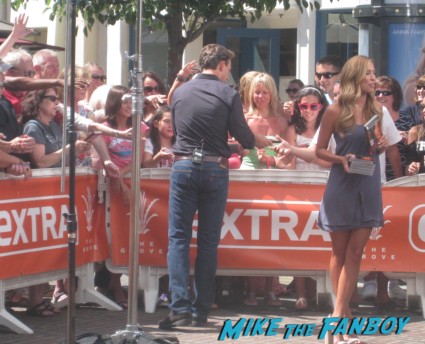 Now finished filming, he happily autographs the DVDs for fans and takes photos. He’s very engaged, which is so nice to see. However, he’s being rushed by security (though he’s clearly happy to chat with the fans) and I’m guessing it’s because they’re trying to prep for Ziyi’s arrival. 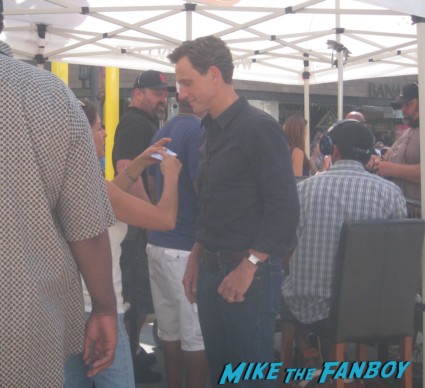 I move to a different spot because I can tell that they’re going to whisk him through the exit and that means I’m going to have to fangirl up and make this photo op happen. 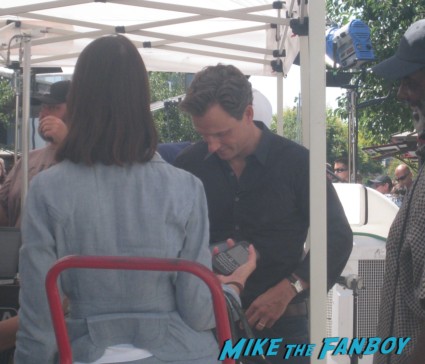 As he makes his way outside the filming area, a small crush of fans starts to swarm and security is saying, “He’s gotta go, he’s gotta go.” Yup, that’s great and all, but this fangirl only comes out once in a blue moon these days and I’m going to get my photo, thank you very much.

I make sure I’m directly in his path and ask if I can get a quick photo with him. He smiles at me and then looks at the ushering show security and says, “Yes, if you can do it while we keep walking.” He pauses long enough to turn toward my camera and I angle for the selfie as best I can (with him easily being more than 6 feet tall and me, well, not, I’m nervous about the height difference). I snap the picture, thank him and he’s off. Not that he was able to really pause even that much; security really did breeze him through. 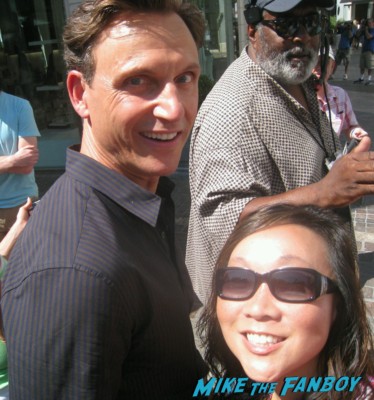 Once the dust settles, I look at my camera, fearing the worst, but I have to say: I’m thrilled! Granted I lost the top of his hair, but you know what: Given the rush and the height difference, I’ll take it!

There’s now a flurry for Ziyi, as graphers and paparazzi are trying to vie for the best position. I was told by one of them that she rarely is in Los Angeles, so getting her is a big coup. She arrives and is so lovely, so tiny — just adorable. During her interview with Maria Menunos, she promotes her new film, “The Grandmaster.” After the segment, they both are whisked away on a golf cart, with graphers and photographers running behind. No chance for a photo op, but that’s OK. I showed up for Tony and I walked away with my photo.

Happy outing, happy fangirl, happy freakin’ photo with Fitz!  (Due to the photobomb in the background, my friend made a slight edit — I appreciate the subtlety. Thanks Nadine!) 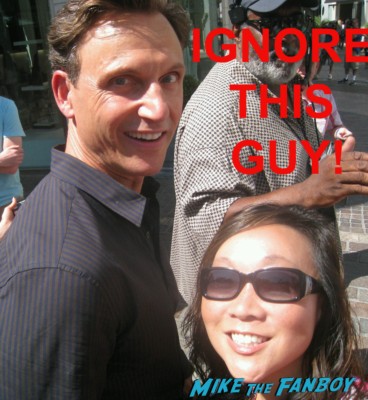