The beautiful and dangerous Velvet was the most ordinary girl with the kindest character. However, the death of her brother was a turning point, after which not only cruelty appeared in her – she even became a demon. Now, this cold beauty dreams of revenge, but no matter how impregnable she was inside, this does not negate the fact that she is delightful in appearance. You can enjoy her beauty in Tales of Berseria. 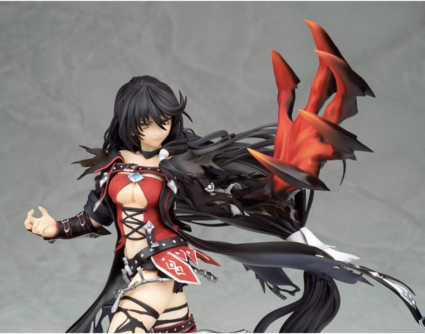 A series of Dead or Alive games have always been recognized for its “deep” characters; however, Tina can be distinguished as one that has been pleasing its fans for a very long time. If you are not already familiar with her, then be sure to play Dead or Alive Xtreme: Venus Vacation. The American, whose dream is to shine on the alleys of Hollywood, has conquered quite a few hearts, and she continues to replenish the list of fans. Just imagine what will happen if, despite all the protests of her father, she breaks into the world of cinema, which worries him quite a lot.

The rebel Chloe Price, whom we met in Life is Strange, stands out for her character. In the prequel, called Before the Storm, we meet her in that very “tender” teenage age. Under the mask of a steep, cynical, and tough rebel, a rather insecure girl is hiding who not only experiences parting with her friend but also worries about some kind of love for another girl. The character of Chloe is very interesting and, perhaps, attractive in that almost everyone will find in her at least part of their teenage problems. If you want to meet a girl like Chloe, then be sure to check out the following dating site and meet a single woman online.

She is not a purebred demon but rather just a girl who fell prey to the spirit of a demonic wolf. Almost nothing is known about her character, past, and other features. The body of the character is covered with an unknown substance; it is completely subordinate to the evil creature. P.S. In the original Tekken Tag Tournament, the creators could not fully describe the fighter, and they just left her as Unknown. Initially, she was supposed to be the younger sister of Jin Kazama, but in the end, the development of this idea was abandoned, so nothing has changed.

You have already noticed that beautiful demon girls are found in the game in positive roles. Lucia is a demoness that was created by the demon Arius, but this time, the forces turned against evil and all because she has some humanity in her, and upbringing played an equally important role. While still very small, she falls into the order of Vie de Marl, who devoted his life to protecting the island and fighting demons. An elderly woman named Matir was engaged in raising a child; it was she who brought up the girl and taught everything that she herself knew. Behind her character, Lucia is a very purposeful, cheerful, courageous, and caring person who never forgot the kindness of those around her. The demoness always faithfully serves the ideals of her order.

A charming and strong blue-eyed demoness who does only a few things. That being stealing pizza from Dante and buying stylish clothes at his expense. The girl is not very talkative, but at the same time, she doesn’t mess around. Trish loves to deal with demons, and the more of them, the more fun she has.

Elena is a reliable ally who will report an impending threat or reveal the details of the mission. The girl was sent as a technical employee for the protagonist Sam Gideon, but sometimes, it seems that she worries about the safe return of the protagonist more than herself.