For this weeks Super Short Sunday, Scotty is sharing his top concerts of 2015! There were some awesome shows here in Los Angeles, and Scotty goes to a lot of them! There’s Courtney Love, Garbage, Madonna, and Gwen Stefani to name a few!

I never thought I would ever put a group or artist above Madonna for a concert countdown, but I have to give credit where credit is due. I saw Hercules and Love Affair for the first time this year. I have been a fan for a few years, but always missed them when they were in town. This year, I was not going to miss their tour to promote the latest album, “The Feast of the Broken Heart.” The interesting thing about this dance music project is that the vocalists change, so I was not sure what to expect. I am a huge fan of past vocalists Nomi Ruiz, Antony Hegarty, and Kim Ann Foxman. On this album, the vocals of Rouge Mary, John Grant, Krystle Warren, and Gustaph were awesome.
As the group took to the stage, I was really excited to see the group’s writer and producer Andy Butler. Then, the music started and Gustaph opened his mouth and I was immediately floored. The album could not translate the power of Gustaph’s voice. I could not stop moving and singing along. Then, Rouge Mary began to sing and I was just as floored by how good she sounded live.
The “WOW” factor and energy of Hercules and Love Affair live is why I have picked them as my favorite live show of the year. If you love house music and/or dance music, pick up the album and don’t miss the group when they are in your neck of the woods.
Setlist:
Hercules Theme 2014
I Try to Talk to You
Painted Eyes
Be With You
My Offence
Do You Feel the Same?
My House
5.43 to Freedom
Step Up
That’s Not Me
You Belong
Blind
(Who?) Keeps Changing Your Mind 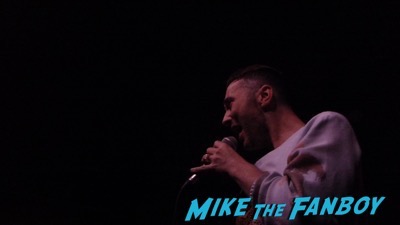 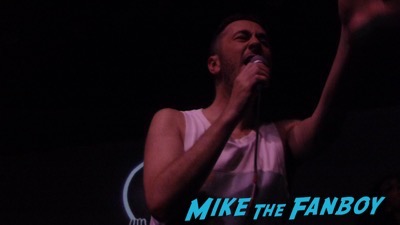 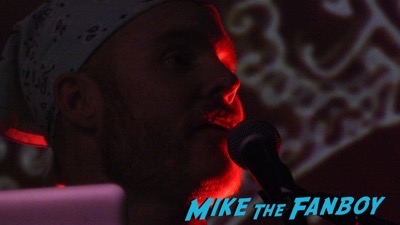 2) Madonna
You can check out the full review here!

Madonna came to Los Angeles and San Diego on her Rebel Heart World Tour 2015 in support of her thirteenth studio album. As a mega Madonna fan, I can honestly say that “Rebel Heart” was not my favorite album Madonna has released. In fact, I was not a big fan after I heard the controversial leaked demos or the finalized versions. They were not the most catchy tunes. Once Madonna served the first six tracks for purchase before Christmas 2014, I could not wait to hear the final album. Once officially released. most of the tracks were not drastically different, and seemed to be lacking some of the old Madonna magic. 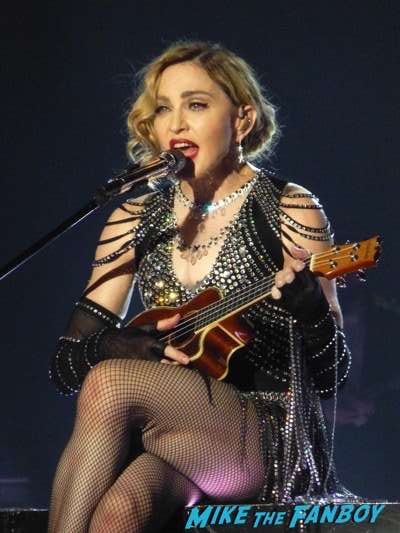 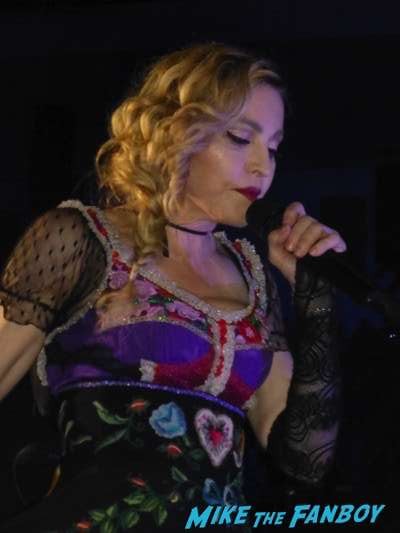 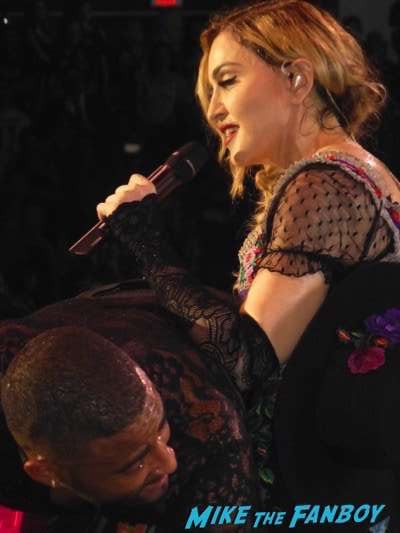 3) Brandon Flowers
This year Brandon Flowers released his stellar, new solo album entitled, “The Desired Effect.” The album was full of 80’s infused songs that filled me and other fans with sheer joy. The album debuted at number 1 in the UK. As far as I am concerned, the UK charts matter most. UK fans are loyal and love good music. Many artists claim that it matters most how their music is received in the UK, and I understand that feeling. In the US, fans have an attention span of 10 seconds.
I was so excited to hear Brandon perform these songs live. While I couldn’t get into the intimate Troubadour show here is Los Angeles, I did snag a ticket to Brandon’s Jimmy Kimmel performance and to the sold out Wiltern show. At both shows, Brandon’s vocals proved to be as strong and amazing as ever. Brandon is a true performer and it is evident that he truly loves music. At the Wiltern show, we were treated to having Neil Tennant, of The Pet Shop Boys, join Brandon on stage for P.S.B.’s cover of “Rent” and The Killers’ “Human.” As a huge fan of both artists, I was on a music high! The major high point for me was to hear Brandon perform the Jacques Lu Cont Remix of “Mr. Brightside.” I have wanted many of my favorite artists to perform remix versions of their songs at concerts, but it rarely happens. AWESOME moment!!!
I also have to highlight how fan friendly Brandon Flowers continues to be with those lucky enough to meet him. At this level of success, Brandon continues to show his appreciation to his fans by signing autographs and taking photos with them. I was lucky enough to meet Brandon four times this year, and he was kind each and every time. People ask me why I continue to try and meet him. The answer is simple. I love Brandon and The Killers’ music so much that it gives me the chance to thank them and make the music that much sweeter when I hear it. I think back to how cool they are to the fans. Bravo Brandon and The Killers for their continued success.
Setlist:
Come Out With Me
Dreams Come True
Can’t Deny My Love
Crossfire
Magdalena
Jilted Lovers & Broken Hearts
Jenny Was a Friend of Mine
Lonely Town
Diggin’ Up the Heart
Read My Mind
Untangled Love
Rent
Human
Mr. Brightside (Jacques Lu Cont Remix)
Between Me and You
Still Want You
Only the Young 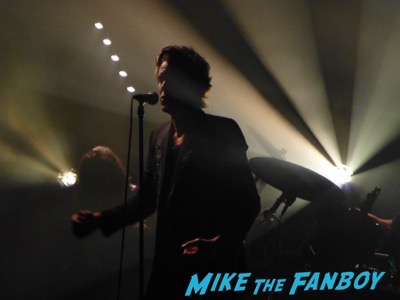 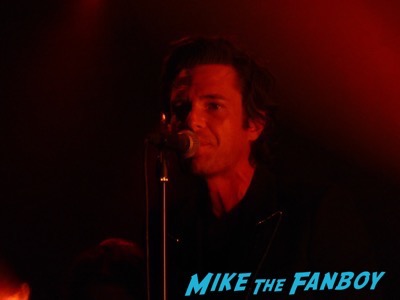 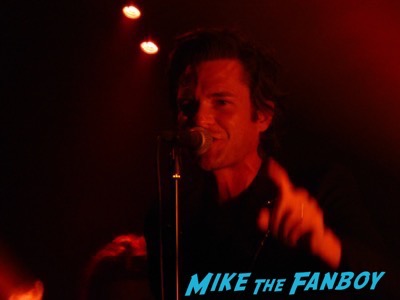 You can check out Scotty’s Full Concert review here!

Last Saturday I was lucky enough to score a ticket to the one night only appearance by Gwen Stefani. She performed at the Orpheum Theater in Los Angeles to promote her upcoming album. I was unsure how excited I would feel after the way Gwen treated fans at the Paddington premiere. BUT, once the lights went out and Gwen made her entrance down the middle aisle of the theater, I was dancing and singing my heart out. Gwen sang old favorites and new ones. “Start a War” was my favorite of her new tracks. Wow! It was just an amazing song. Thank you Gwen for a WONDERFUL night of music!!! 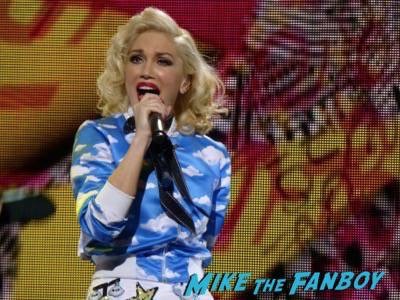 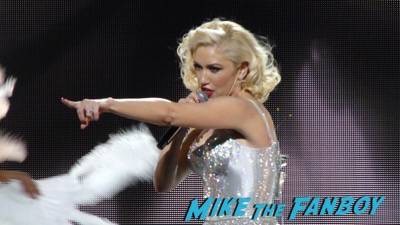 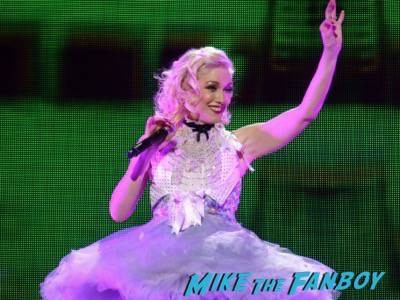 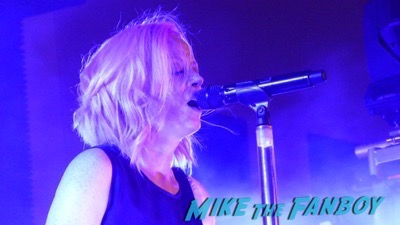 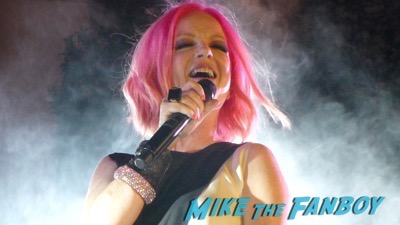 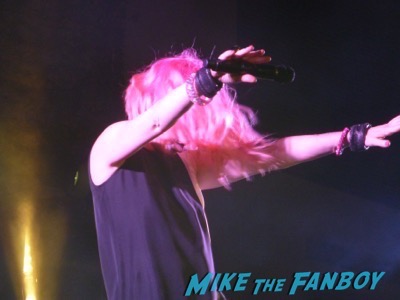 You can check out Scotty’s Full Concert Review Here! 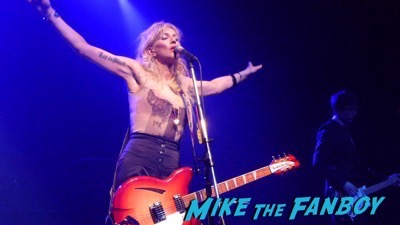 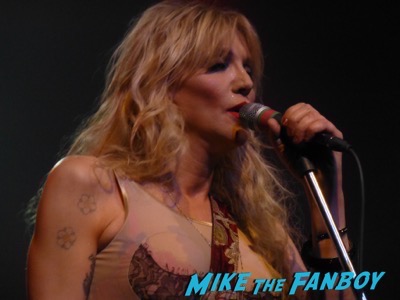 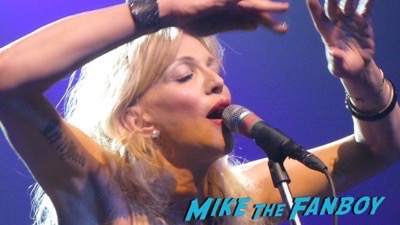 This year, I made my way to Vegas to brave one of the famous pool parties at Wet Republic at the MGM Grand. I had read a bunch of horror stories of the high prices, crowds, and other complaints, so I was not expecting much. We arrived early as suggested by reviews on Yelp! From there on out, I had a GREAT time. Going in with low expectations, I found the party to have friendly people attending. I thought it was going to be a hot body show with many stuck up people. While there were many good-looking people, everyone just wanted to have a good time.
DJ opened for Tiesto, and made me a fan by spinning new and old house tracks. He got me in the mood for when Tiesto took over the decks. When Tiesto finally came on security tried to move all the women to the front, but there was no way some girl in a bikini who could care less who was spinning was going to get in front of this music junkie. I was right in front and had a BLAST. Thank you Tiesto for an amazing musical experience that stood out for me in 2015.