Transparent is one of the best shows on television. This season was no exception as there was some amazing performances in particular Judith Light. She was amazing!

I was lucky enough to attend a special panel with the cast moderated by none other than Alanis Morissette.

At the panel was:

The panel started with a special live performance by Judith Light which was amazing! She brought down the house.

Then the panel started.

“The writers, directors and the actors all work together.” Said Judith Light, “One of the things that they did in this third season is that my character comes out of her shell. This is the family moving and breaking out.” 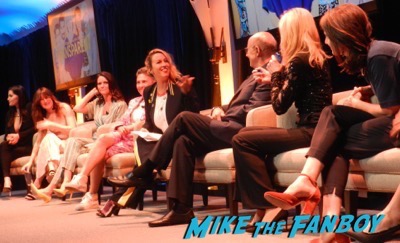 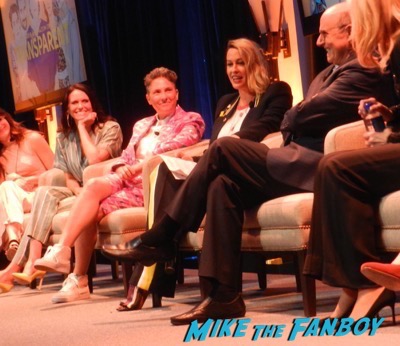 “It’s the heart that this family is becoming.” Stated Jill Soloway.

“She found her voice, someone who didn’t have a voice.” Added Judith Light.

“I think most people know this is a personal story for me. During the fateful phone call, I said, ‘I’m here for you no matter what.’ And then I said to myself… This is a show.” Laughed Jill Soloway. 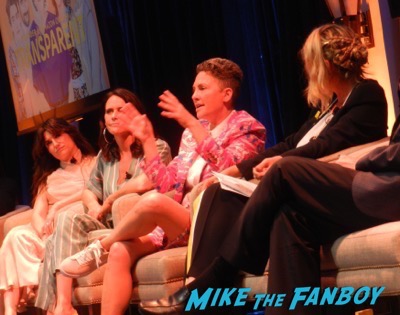 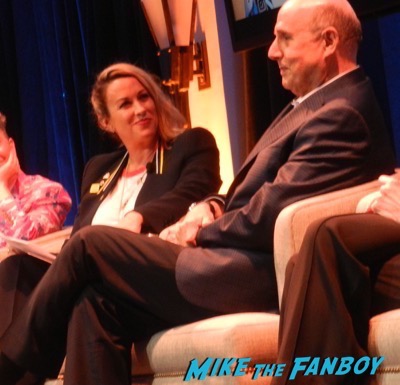 The origin of the series started before Amazon really was a player in the original series game.

“I pitched it all over town and Amazon bought it.” Said Jill Soloway. “It was meant to be. It didn’t work anywhere else. I told my friends, I guess this is a web series on Amazon? I never thought it would become what it is.”

“This was a life changing role.” Said Jeffrey Tambor. 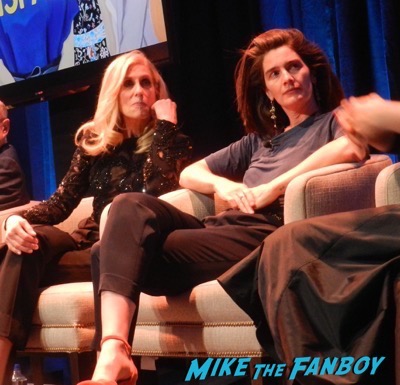 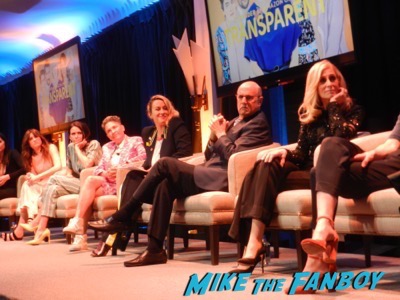 The reception was out of this world, I was so excited to meet Alanis Morissette, to be honest nothing else really mattered. I love her and have never met her.

After the panel they showed a brief clip and so we couldn’t ask at the stage. So we went to the reception. We saw Alanis Morissette and she was nice and said, “I’ll be right back guys.”

I did talk with Judith Light, who was adorable as usual. She signed my poster for me. 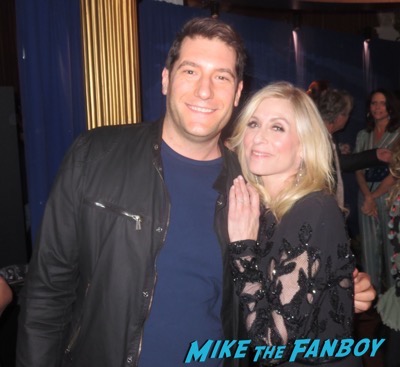 Then I talked with Gaby Hoffman who also signed my 200 Cigarettes poster. She was adorable as well. 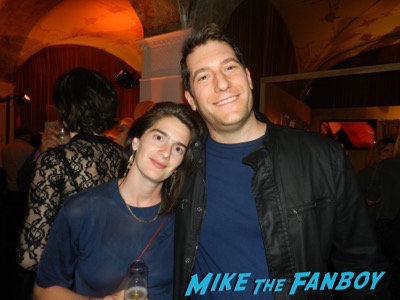 I missed Jeffrey Tambor which was sad. Doh!

I got Jill Soloway on the way out.

Steve was also waiting for his car and a huge Alanis fan. I grabbed him and said, “I think she’s still up there.”

Finally, the clock struck like 11:45 and out came Alanis Morissette. Nice as could be.

She signed my Jagged Little Pill promo flat and my Supposed Former Infatuation Junkie LP and did pics with both Steve and I. 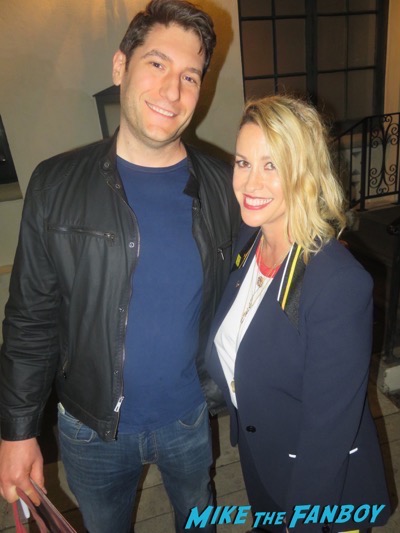 Who would have ever thought she was still there. I was shocked.

I walked around the corner and my car was just pulling up. No lie.

So, all in all… It was a pretty damn good nice! 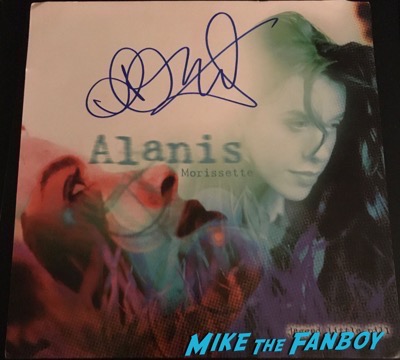 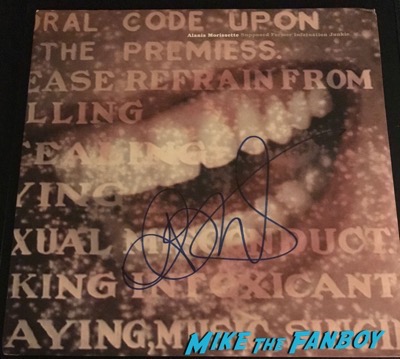