Hey autograph collectors! If you write to a lot of celebrities, there is a good chance you’ve received one of the most common (and irritating) signing methods.. the autopen! Here’s how it works: An autopen is a machine that copies a person’s signature and then reproduces it over and over again exactly the same. Most US President’s use it, as do a TON of celebs… Chevy Chase, Jack Nicholson, Robert Downey, Jr., Chris Pratt, and so many others have sent out signatures that are autopen. 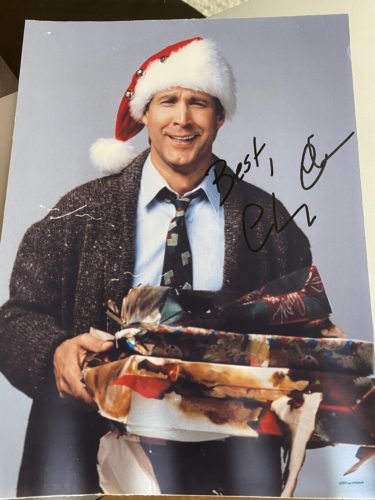 Some celebrities have multiple autopen plates which can make it hard to tell if the autograph is authentic or not. Basically, your photo is put under the autopen and sent back to you. So, while it is technically the celebs autograph- it has not been hand signed by the celeb.

So- how can you tell if your autograph has been signed by the autopen? The telltale sign is to look at the signature- each letter has a dot and the beginning and end (where the pen started and stopped). I also research to see if a celeb is a known autopen signer.. In the case of Jack Nicholson, All I had to do was look at pictures others had posted when they got a response from him.. it’s literally the same signature. 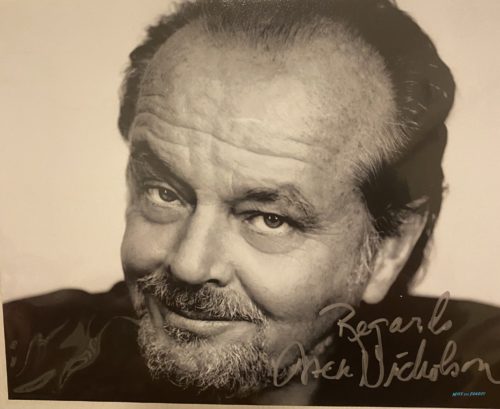 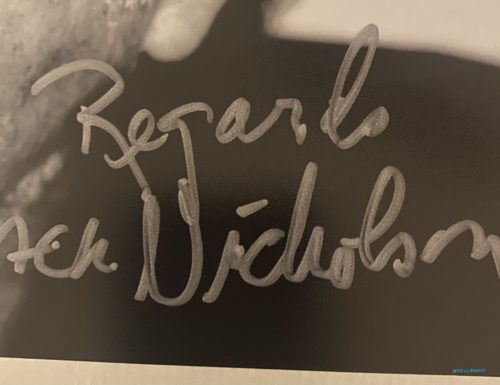 Ready to try some non autopen signers? Good- because this week some of your favorites have been signing up a storm. But first…

Bob Gale and Lesley Ann Warren are no longer signing and have begun charging for their autograph through conventions or private signing agencies.

And now for the good: