Home / Fanboying! / War For The Planet Of The Apes Q and A! Meeting Star Andy Serkis! Signing Autographs! Photos! And More!

Andy Serkis has reinvented the art of making a character shine through digital elements. It’s extremely impressive and it shows in War for The Planet of the Apes. His movement and performance is the heart and soul of the film. 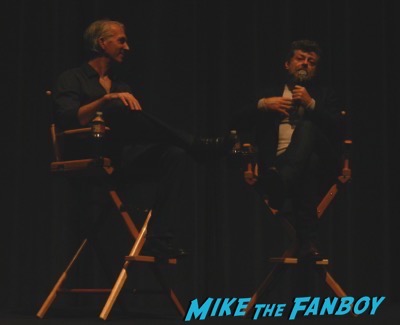 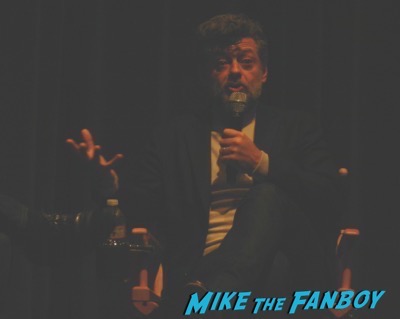 I was lucky enough to attend a screening of War For The Planet of the Apes with a q and a With Andy Serkis.

Andy is extremely passionate about digital filmmaking and when talking about it, he said it’s not different from acting in a live action film.

“I read the script for Rise and the arc of the character for that film alone was amazing.” Mentioned Andy Serkis, “The thing is about these films is finding a point of connection. It’s in all great science fiction. How do you become that ape and then how do you get the audience to come with you?” 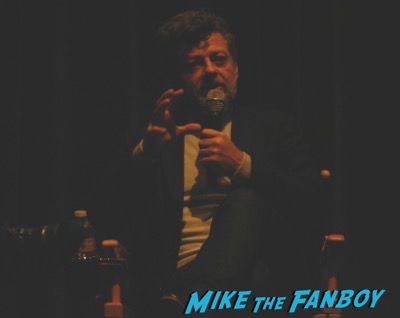 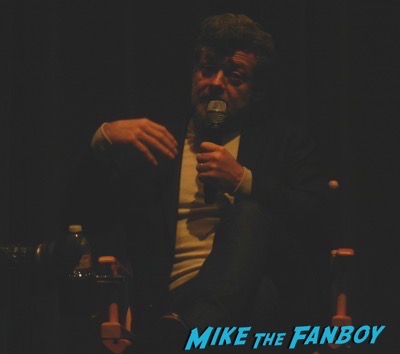 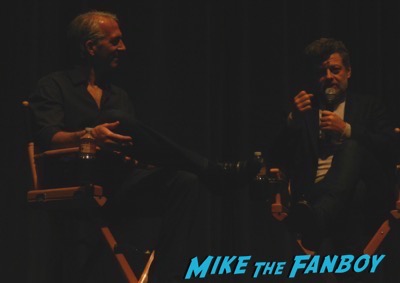 Andy mentioned that going on the journey through all three films was one of his greatest joys. “I played Caesar as a human in ape skin who was brought into the world with a great amount of love. With James Franco and John Lithgow’s characters especially from the first film.”

The character was like going through an adolescence and being a teenager, he was growing his own skin.

After the panel, Andy Serkis was so nice. He stayed until the very end meeting fans and signing autographs. 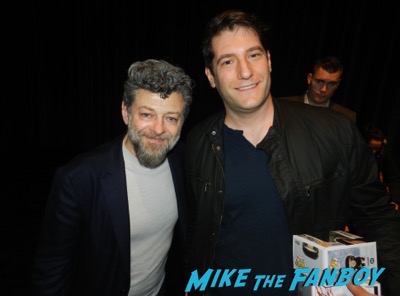 I did tell Andy Serkis that out of all his work, 13 Going on 30 is still one of my guilty pleasures. 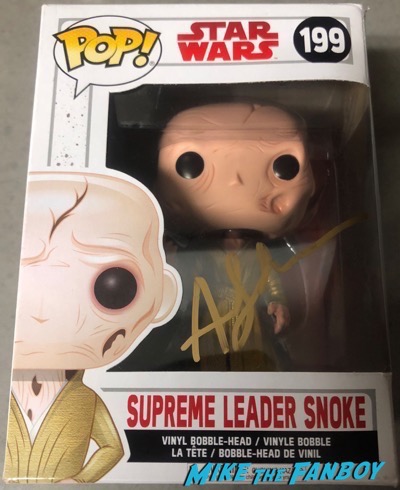 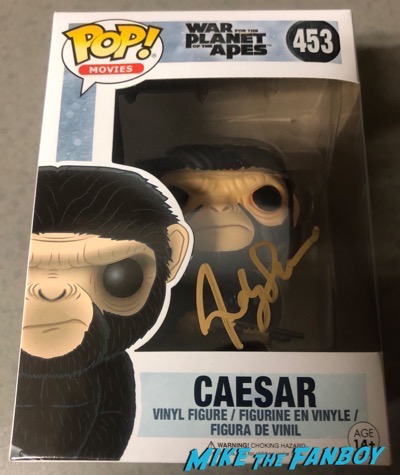 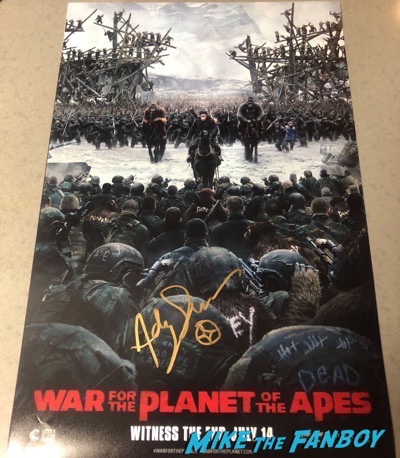 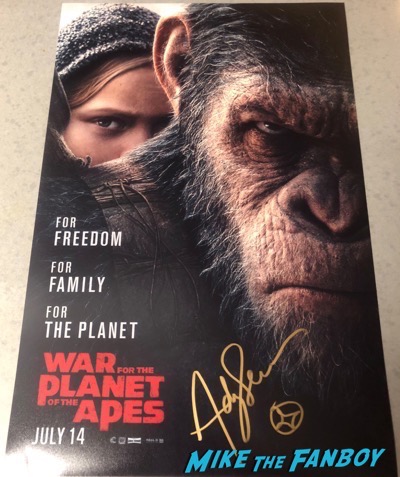