You know, there are films that just get totally overlooked by the general masses but are really good. The subject of todays Cult Classic Corner is not such a film. LOL… I’m just playing, I will say that Jack makes a pretty good case for Ben Stiller’s The Heartbreak Kid even though I haven’t thought of it since I saw it years ago.

Perhaps I should give it a second look… Perhaps. 😉

Jack also talks about meeting Malin Akerman and Danny McBride! Plus, the awesomeness of Ben Stiller!

Maybe it’s just me, but I love going into movies with low expectations. It seems every time I possess that particular mindset the movies (for the most part) are actually pretty decent. A few years ago, Ben Stiller “bombed” with the remake of “The Heartbreak Kid” co-starring Malin Akerman, Danny McBride, Rob Corddry, Carlos Mencia, Jerry Stiller and Michelle Monaghan. Although it might not be the greatest film ever, it’s actually quite a fun, crude comedy directed by the Farrelly Brothers. 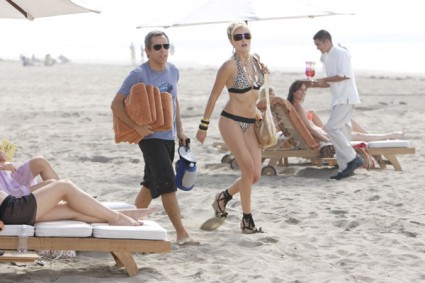 Eddie (Ben Stiller) is the last bachelor amongst his friends and everyone loves to point this out to him. Despite owning a successful sports shop, Eddie can’t find the right girl. After rescuing Lila (Akerman) from a purse snatcher, the two seem perfect for one another. When a job relocation threatens to take Lila from his life, Eddie decides to take the plunge and marry her. However, during their honeymoon to Mexico, Eddie soon discovers how horrible mismatched they’re for one another, especially once he meets Miranda (Monaghan) at Espezanza Auberge Resorts in Cabo. Everyone recognizes Eddie and Miranda’s instant chemistry and adores him, except for cousin Martin (McBride), who has a sneaky suspicion there is something off about Eddie. Chaos ensues as Eddie tries to maintain his sanity in Mexico. 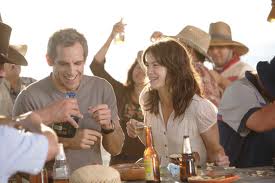 Maybe I’m just a sucker for silly comedies, but I really love this movie. Its mindless dribble filled with crude humor and I’m completely okay with that. Even Carlos Mencia is actually entertaining as Uncle Tito, the obnoxious concierge at the resort, and Jerry Stiller steals every scene he is in as Eddie father/best friend. As you can imagine, Cordry and McBride are hilarious as usual and most of the cheap gimmicks work. However it’s Malin Akerman’s comedic timing that makes this movie worthwhile. As long as you go into this movie without a care, you will love the toilet, sex, and drug humor used throughout. Despite “bombing in the US,” the film grossed over $127 million worldwide. Maybe people didn’t want to believe Ben would make this film after “Night at the Museum”? Regardless, it’s a silly crude comedy worth checking out if you enjoy gross-out humor. 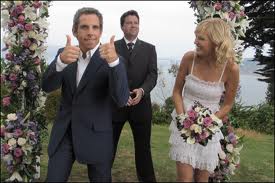 My friends who have worked for Ben and Rob Corddry have nothing but nice things to say, but I can only attest to Akerman and McBride being super friendly. Danny McBride I met at the “Eastbound and Down” Paleyfest, in which Danny signed up a storm. He graciously posed for pictures and signed a ton of autographs. Since I had too much stuff for him I only managed to get him on “Eastbound and Down” and “The Foot Fist Way” memorabilia. 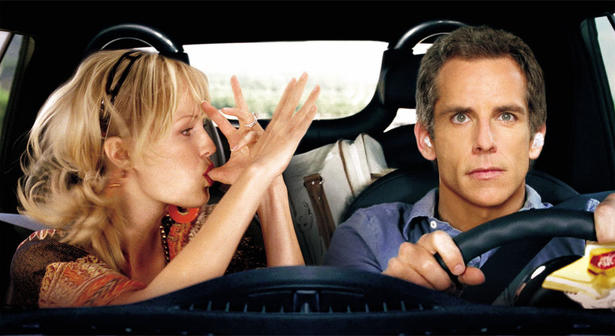 As Billy Beer and others can confirm, Malin Akerman is super down to earth. I don’t think there has been a time I have met her when she wasn’t a sweetheart. Over the past five years I have probably bumped into her a dozen times and only asked for autographs twice (sadly I never had a camera on me). The first time was at a screening of “Elektra Luxx” at the Nuart Theatre and only a dozen people showed up for a Q&A with Malin and Emmaunele Chriqui. After the brief awkward Q&A, where no one asked questions except for me and two other people, the girls hung out. Malin signed a Maxim magazine and gladly personalized a copy of “The Heartbreak Kid.” Since there was hardly anyone there we actually got to talk about sushi (every time I have seen her it has been at a sushi restaurant). During our discussion we both gushed over our favorite sushi rolls and our favorite places in LA. Malin was absolutely adorable and a total sweetheart!

The second time was at the “Hotel Noir” screening and she was quite gracious, where Billy also met her. After the Q&A, along with the cast Malin signed autographs, but really didn’t take any photos except for one lady inside. Days later, she announced she was pregnant with her first child and NOW I’m really kicking myself in the butt for not taking pictures with her in two-low key situations. Again, this hobby is a complete crapshoot when it comes to celeb pictures and autographs. Until the next time, happy autograph hunting! 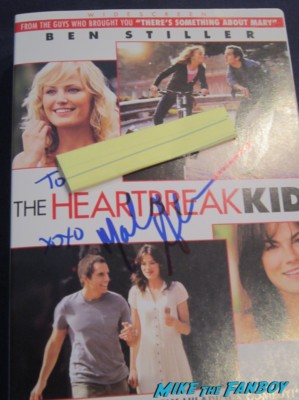