It’s been a slow few weeks… Slllloooooowwwwwww so when an event pops up that looks cool, I’m jumping on it!

I was chatting with Scotty The Music Man, and he told me that there was a Wargames anniversary screening and Q and A! Head spinning! I love the 80’s, I love the nightlife and most of all one of the guests was 9 to 5 star Dabney Coleman!

For those of you born after 1985, Dabney Coleman was a quintessential part of the 1980s and 1990s! He was in Tootsie, the aforementioned 9 to 5, Wargames, Dragnet, Buffalo Bill, Drexel’s Class, etc… He was generally speaking the bad guy or the crusty curmudgeon.

9 to 5 is one of my favorite films, and I have an LP that is already signed by Jane Fonda and Lily Tomlin so all I need is Dabney Coleman and Dolly Parton (Doh!). I also happen to have a Wargames mini poster.

Also on the bill today is Wargames director John Badham. He also directed Bird on a Wire another guilty pleasure of mine. Goldie Hawn, do I need to say more?

Finally I arrive… Yes, I had to call Scotty three times to find out where the hell I was and where I was going, but I made it. There were only five of us waiting, so it’s always nice when it’s a decent group and it’s not nuts. Yet, DVD Dave is here and has a stack of DVD coves seven miles high for Dabney Coleman. I think he went to Target and found every DVD he could with Dabney Coleman starring in it. I can just picture it, Dave with his arms billowing over with Dabney Coleman DVD’s, running down the aisle screaming… “Who has Tootsie! I NEED THE TOOTSIE!” 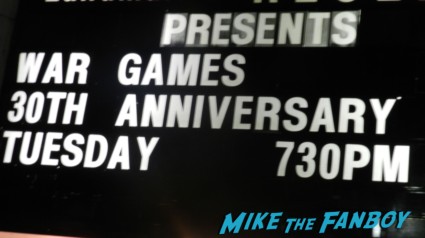 Scotty has his laserdisc and DVD collection at the ready.

Director John Badham arrived and we were all so excited and watched him walk inside the theater… Nice job guys… 5x Fanboy Fail!

So, that was fun. And now.. We wait.. After about 15 minutes John Badham comes back out and is happy to sign for us. I got my Wargames mini poster and Bird on a Wire mobile signed, 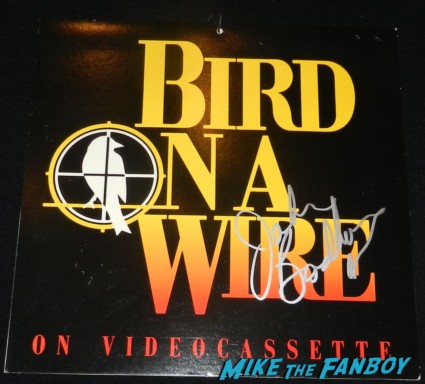 Scotty got his laserdisc… and DVD pulled up the wheelbarrow of DVD covers to start the rack session. 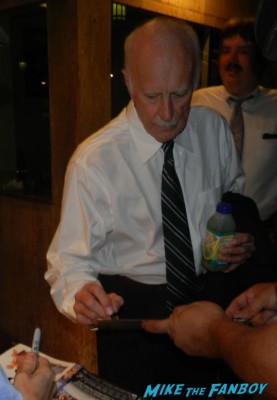 He was so frakkin cool. He signed for everyone, I got my LP done and then he switched to silver for the Wargames mini poster. 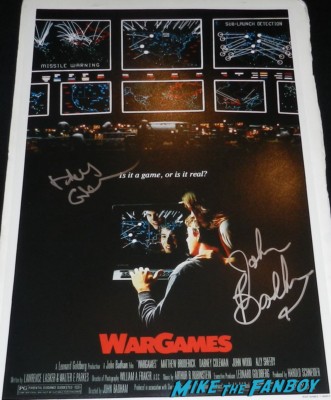 Scotty got his photo with Dabney and I was able to get a quick photo with him as well. Score! 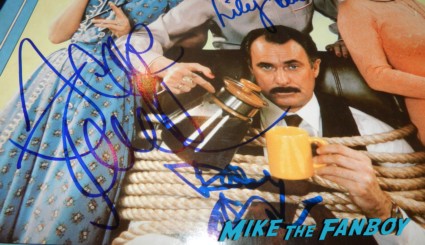 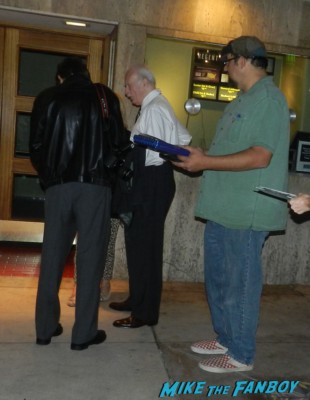 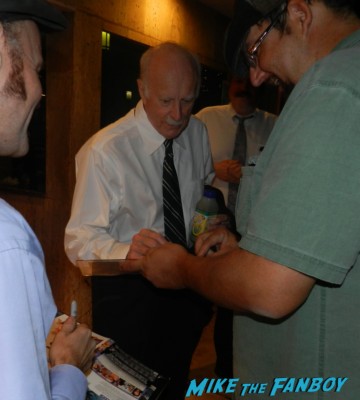 It was a simple great night and a nice way to break the drought. The Los Angeles Fanboy Draught brought to you by the month of September… 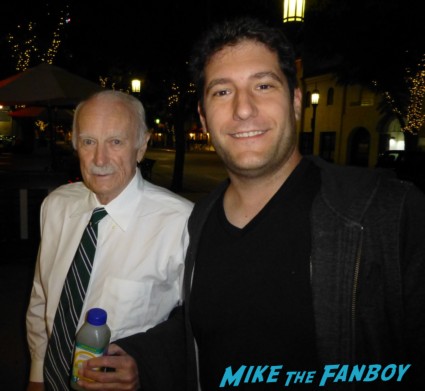 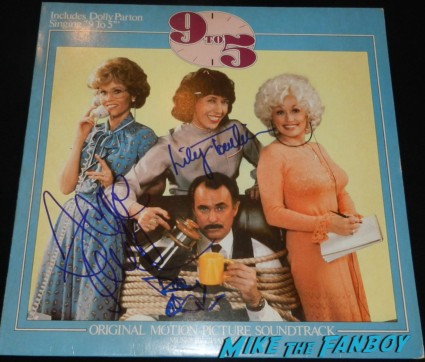