Warner Bros has just released a ton of info for their plans at SDCC!

In Addition to a First Ever Saturday Night WBTV/DC Entertainment Event, Fans
Won’t Want to Miss Panels and Signings with the Stars and Producers of Arrow,
The Big Bang Theory, Childrens Hospital, Constantine, The Flash, The Following,
Gotham, The 100, iZOMBIE, Mike Tyson Mysteries, The Originals, Person of Interest,
Supernatural, Teen Titans Go! and The Vampire Diaries

BURBANK, Calif. (July 02, 2014) — It wouldn’t be summer without a sizzling, action-packed lineup from Warner Bros. Television Group at Comic-Con International: San Diego. The Studio returns to the world’s leading pop-culture convention in 2014 with 15 series, including 10 returning fan-favorite shows and five programs making their much-anticipated Comic-Con debut. Plus, for the first-time ever, Warner Bros. Television and DC Entertainment are joining forces for an epic special Saturday night event on July 26, as previously announced, featuring super heroes, Super-Villains, screenings and special appearances, including the world premiere ofGotham.

Warner Bros. Television and DC Entertainment have your Saturday night all taken care of with a three-hour special event on July 26 featuring the world premiere of Gotham (the only time Gotham will screen during Comic-Con), a screening of The Flash pilot, and footage from the much-anticipated Constantine pilot and from the upcoming third season of Arrow.

Comic-Con essentials Arrow, The Big Bang Theory, Childrens Hospital, The Following, The 100, The Originals, Person of Interest, Supernatural, Teen Titans Go! and The Vampire Diaries are all back in San Diego. 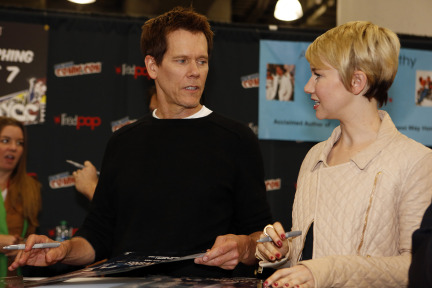 The Studio’s 2,400-square foot booth will once again be a must-visit destination on the convention floor

For additional info on the Studio’s plans for Comic-Con and for real-time updates during the convention, please follow us on Twitter at @warnerbrostv — official hashtag #WBSDCC — and visit http://comiccon.thewb.com.

To connect with WBTVG in the social space — including official Facebook pages and Twitter feeds for WBTVG series, talent and producers — check out the social media contacts page here: http://bit.ly/1mhkeCC 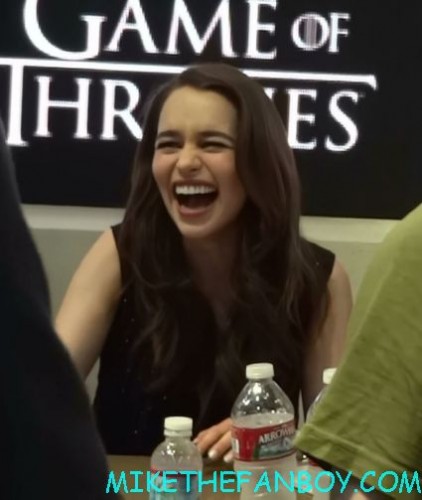 6:00 p.m. — It’s OK, you can peek — WBTV gets Comic-Con off to a dramatic start for the seventh year in a row by hosting a special sneak peek, world-premiere screening event on Preview Night, debuting some of the most hotly anticipated new series of the year. For 2014, WBTV will screen the complete pilot episodes of The Flash, Constantine and iZOMBIE. Additionally, Warner Bros. Animation will unveil a brand-new episode of Teen Titans Go! Ballroom 20

The Flash: From the Arrow creative team of executive producers Greg Berlanti and Andrew Kreisberg and director David Nutter, The Flash is a fast-paced super hero drama based upon the characters from DC Comics that follows the high-speed adventures of the Fastest Man Alive. With a pilot written by Berlanti, Kreisberg and DC Entertainment’s Chief Creative Officer Geoff Johns, the action drama follows police scientist and everyday guy Barry Allen (Grant Gustin), who, after an unexpected Particle Accelerator accident, is suddenly charged with the ability to move at incredible speeds, which he uses to help the people of Central City.

Constantine: Based upon the characters from DC Comics and executive produced by Daniel Cerone (Dexter) and David S. Goyer (Man of Steel, The Dark Knight films), Constantine reflects the lore of the fan-favorite comic, combining noirish storytelling with the evolving mythology of John Constantine (Matt Ryan), a morally challenged character who doesn’t come down on the side of either good or evil … but ultimately might be the only thing defending us against the dark forces from beyond.

iZOMBIE: Co-created and executive produced by Rob Thomas & Diane Ruggiero-Wright (Veronica Mars), along with executive producers Danielle Stokdyk and Dan Etheridge (also of Veronica Mars), Rose McIver (Masters of Sex, Once Upon a Time) stars as Olivia “Liv” Moore, a 25-year-old medical resident on the fast track to a perfect life … until she’s turned into a zombie. Liv transfers her residency to the coroner’s office for access to the brains she must reluctantly eat, but with each brain she consumes, she inherits the corpse’s memories. With her medical examiner boss and a police detective, she now solves homicides to quiet the voices in her head. iZOMBIE is based upon characters created by Chris Roberson and Michael Allred for Vertigo.

Teen Titans Go!: Robin, Starfire, Cyborg, Beast Boy and Raven continue the fun in Teen Titans Go! with all-new comedic adventures, giving viewers a look at what life is really like as a teen super hero … once the cape comes off. 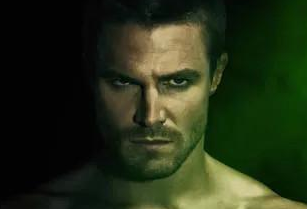 PLEASE NOTE: Series stars and creative teams scheduled to attend are subject to change. Additional information on panel sessions, signings and other events will be provided as news breaks.

6:00–7:00 p.m. — Childrens Hospital (New episodes in 2015, Adult Swim): Creator and star Rob Corddry will share an exclusive video sneak peek at season six and will be joined onstage by select members of the show’s cast for a lively — and medically accurate — Q&A. Room 25ABC

3:15–4:15 p.m. — The 100 (Wednesdays 9/8c The CW, season premiere October 22): After the stunning events in the season finale, join us for a special video presentation followed by a Q&A with series stars as well as executive producer Jason Rothenberg. Room 6BCF

5:15–6:15 p.m. — Constantine (Fridays 10/9c NBC, series premiere October 24): Based upon the characters from DC Comics, Constantine reflects the lore of the fan-favorite comic, combining noirish storytelling with the evolving mythology of John Constantine, a morally challenged character who doesn’t come down on the side of either good or evil … but ultimately might be the only thing defending us against the dark forces from beyond. Attendees will see a screening of the complete pilot, followed by a Q&A with series stars Matt Ryan (Criminal Minds: Suspect Behavior), Harold Perrineau (Lost) and Charles Halford (True Detective), along with executive producers Daniel Cerone (Dexter) and David S. Goyer (Man of Steel, The Dark Knight films). Room 6BCF

8:00–11:00 p.m. — Warner Bros. Television & DC Entertainment Present: The Flash, Constantine, Arrow and the World Premiere of Gotham with Special Appearances by Casts and Producers: For the first time ever at Comic-Con, Warner Bros. Television presents an entire evening filled with some of DC Entertainment’s greatest characters, featuring the world premiere pilot screening — and only Comic-Con screening — of the highly anticipated new series Gotham (Mondays this fall, 8/7c on FOX). The much-buzzed about pilot of The Flash will also be screened — if you can catch it — along with exclusive video presentations of returning hit Arrow and new thriller Constantine. Cast members and producers from all four shows will make special appearances on stage throughout the night.  Hall H

10:00–11:00 a.m. — Supernatural (Tuesdays 9/8c The CW, Season Premiere October 7): Join series stars Jared Padalecki, Jensen Ackles, Misha Collins and Mark A. Sheppard, along with executive producer Jeremy Carver as they answer questions from the audience about what’s in store for the tenth season of this exciting series, including its upcoming 200th episode! Fans will also be treated to an exclusive video presentation featuring series highlights, and special features from the upcomingSupernatural: The Complete Ninth Season DVD and Blu-ray™ release. Hall H

11:45 a.m.–12:45 p.m. — Teen Titans Go! (Thursdays 6/5c Cartoon Network): Find out what’s in store for Robin, Starfire, Beast Boy, Cyborg and Raven — or just throw a meatball party with your friends! The Teen Titans are back at it again with all-new comedic adventures and, after screening a brand-new episode, there will be a Q&A with producers Michael Jelenic (Batman: The Brave and the Bold) and Aaron Horvath (MAD) and members of the voice cast. Plus, making a special appearance at the panel will be Puffy AmiYumi, the Japanese pop duo responsible for the iconic theme song from the originalTeen Titans series. Room 6BCF