Big Brother is one of the most popular reality TV shows that lasts for almost two decades. This TV show is known for its strategic gameplay, outrageous fights, and shocking blindsides. The idea is to put a bunch of strangers into a house where they must live together for a couple of months.

The mixed individuals and opinions often lead to big arguments, but sometimes this is the perfect place where new love can be born. Sometimes, showing interest in someone is a strategy played by many participants just to avoid being eliminated, but it often turns into a romance that might last for a long time.

Over the years, we’ve seen many couples on Big Brother, and some of them managed to last for a couple of days and others seem to find the love of their life.

This got us wondering, what is the Big Brother betting odds for the number of couples that are still together? Well, we don’t know, but we can name some of the ones who are part of that list.

One of the most popular showmances coming from Big Brother is Brendon Villegas and Rachel Reilly. They were competing in Big Brother 12, and this is one of the couples who never tried to hide their showmance.

Due to their incredible bond, they managed to survive until week five for Rachel came in ninth place, and Brendon came in sixth place.

After Bir Brother season 12, they continued their relationship outside the house and they also returned as a couple for Big Brother 13. This time, Brendon was evicted in week five but managed to fight his way back into the competition after begin removed again in week seven.

On the other hand, Rachel was much more successful and ended up in the final two seats in the game after winning Big Brother 13 in a 4-3 vote.

This Couple also appeared in the Amazing Race Season 20 and 24 coming 3rd place both times. They also got married in September 2012 and have two children together. 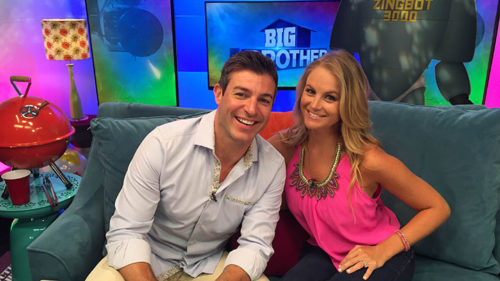 Here we have another power couple that managed to survive the fierce Big Brother series and continued together for a long time. Jeff Schroeder and Jordan Lloyd came in Big Brother 11, and they had an instant bond.

The two made a pact immediately and their showmance began. However, they were seen as a threat and the houseguests sent Jeff to the jury, but Jordan had the last laugh when she has crowned the winner of Big Brother 11.

The couple officially started dating after Big Brother 11 ended and even returned in Season 13 as a duo. However, this time they were not as successful since Jeff made it to the final seven, and Jordan came in fourth place.

Jeff decided to propose to Jordan during a special episode of Big Brother 16, and they got married in 2016.

Daniele Donato was the first time on the show with her father Dick Donato, in Big Brother 8 where her father managed to be crowned the winner of the show. This was a truly chaotic father-daughter duo that returned to Big Brother 13, but Dick self-evicted during week one.

Due to the close relationship with Dominic, they were seen as a threat ad Dominic was evicted on day 27. Daniele managed to survive Big Brother until day 55.

After Big Brother 13, they started dating and got engaged in August 2012, and married in January 2013. Now Dominic and Daniele have two children together.

Let’s get one thing straight, Big Brother season 19 was full of showmances, and one of the most popular ones was Cody and Jessica. Immediately after their settlement in the house Cody and Jessica started to bond, making them a housing target.

The players decided to evict Cody on day 23, but he managed to fight his way back into the competition on day 30. Jessica’s luck also didn’t last long as she was evicted on day 51, and Cody faced the same thing a week later.

However, it was not all for nothing. Cody and Jessica continued dating after the show, and they even participated in The Amazing Race Season 30 together where they won.

In 2018, Cody decided to pop the biggest question and proposed to Jessica. They got married the same year and now have three daughters together.

Christopher Williams also known as Swaggy C and Bayleigh Dayton formed a strong romantic connection in Big Brother 20. But like any other season in Big Brother, if a couple starts to bond, they are immediately seen as a target for elimination.

The romance was so big, that Swaggy C decided to propose to Bayleigh at the season finale, and they reviled that Bayleigh had become pregnant in the Big Brother house.

After the show, they got married and have been going strong ever since.