Home / Conventions • NEWS / Wondercon 2014! The Schedule Is Up! Highlights From The Weekend! Salem! Orphan Black! Warner Bros! Deliver Us From Evil! And More!

Wondercon is quickly approaching and Fri and Sat are already sold out! Say wha? I’m sure some of you are crafty and can find a way in but for those of us heading down to the land of Micky and Minnie, here are some highlights you might want to check out.

Of course the full schedule is here for you to dissect peruse at your pleasure! Forgive me, I’m seriously lacking Coke Zero right now… Sadness…. 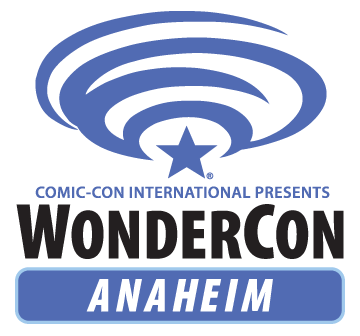 Executive producer Brannon Braga (Star Trek, Cosmos: A SpaceTime Odyssey) and star Shane West (Nikita, ER, The League of Extraordinary Gentlemen) reveal a sneak peek at the premiere episode of this highly anticipated new series from WGN America and Fox 21. Set in the volatile world of 17th century Massachusetts, Salem explores what really fueled the town’s infamous witch trials and dares to uncover the dark, supernatural truth hiding behind the veil of this infamous period in American history. The screening will be followed by an audience Q&A. One lucky audience member will be chosen at random to receive a background role and an all-expense-paid trip to appear on an upcoming episode of the series!
Friday April 18, 2014 12:00pm – 1:00pm
Room 300AB 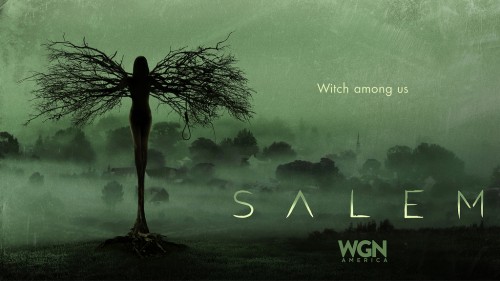 It’s a war of the worlds when an epic Romeo and Juliet romance ignites between a human girl and an alien boy, as he and others of his kind (Atrians) are integrated into a suburban high school after being banished for ten years. As this romance causes a violent encounter between their two families, can this couple’s love-and peace between the species-survive? Join the cast of this spring’s steamiest new drama, Star-Crossed, for an exclusive screening of a never-before-seen episode and a panel discussion with Matt Lanter (90210, Star Wars: The Clone Wars), Aimee Teegarden (Friday Night Lights), Grey Damon (Secret Circle, Nine Lives of Chloe King), Malese Jow (Vampire Diaries), Greg Finley, Titus Makin Jr., Chelsea Gilligan, and Victoria Platt, along with executive producers Adele Lim (One Tree Hill) and Meredith Averill (The Good Wife), for a first look at a futuristic story of forbidden love, Star-Crossed, from The CW network.

WonderCon Anaheim special guest Georges Jeanty takes you on intimate journeys through the lives of the crew of the Serenity as well as the Scoobys as they continued in the Dark Horse titles of these cult hit shows. Anyone interested in the Whedonverse, this panel is for you! Georges will be discussing his 20 years in the comic industry and talking about working with series creator Joss Whedon with stories and a Q&A about how seasons 8 and 9 came together…and maybe a little sing-along!
Friday April 18, 2014 4:30pm – 5:30pm
Room 203 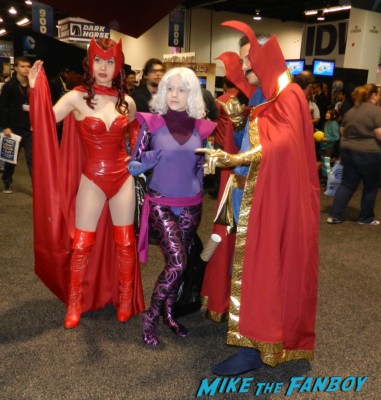 Come pick the brains of some local R2 builders to learn what it takes to build your own R2. Panelists Chris Romines, Mike McMaster, Mike Senna, and William Miyamoto will give you a look into the world of building a fully functional Star Wars R2 astromech. The panel is hosted by fellow builder Victor Franco.
Friday April 18, 2014 5:00pm – 6:00pm
Room 207

TNT’s epic drama Falling Skies-from Amblin Television and executive producer Steven Spielberg-tells the extraordinary story about life and survival in the wake of a catastrophic alien invasion. Stars and producers from the series provide details on the upcoming Season 4 premiere. In addition, fans will get to enjoy exclusive, never-before-seen footage from the upcoming season. Since premiering as basic cable’s #1 new series of 2011, Falling Skies has ranked as one of the Top 20 original series on basic cable with total viewers and key adult demos.
Saturday April 19, 2014 11:00am – 12:00pm
Room 300AB

The 100 Special Video Presentation and Q&A

The cast and producers of 100 present a lively discussion of the series and what you can expect from the rest of the action-packed first season. Set a hundred years after our world was decimated by a nuclear Armageddon, the series follows the surviving population on the Ark space station as they take the first step toward recolonize the Earth-sending 100 juvenile delinquents to the planet’s surface to see if Earth is once again habitable. With the survival of the human race in their hands, these teenagers must learn to live with each other while facing countless other dangers on this wildly changed planet-that isn’t quite as desolate as they were led to believe. From Bonanza Productions Inc. in association with Alloy Entertainment, Warner Bros. Television and CBS Television Studios, The 100 airs Wednesdays at 9:00/8:00c on The CW.
Saturday April 19, 2014 12:00pm – 1:00pm
Room 300AB

Once Upon a Time

Calling all Once Upon a Time fans! Co-creators and executive producers Edward Kitsis (Lost) and Adam Horowitz (Lost) invite you to an exclusive screening of an upcoming all-new episode of Once Upon a Time. Following the exclusive sneak peek, the executive producers will be joined by Josh Dallas (Thor) as well as other surprise guests for a must-see panel where secrets will be revealed. All attendees will receive a limited-edition WonderCon Anaheim giveaway.
Saturday April 19, 2014 1:00pm – 2:00pm
Room 300AB 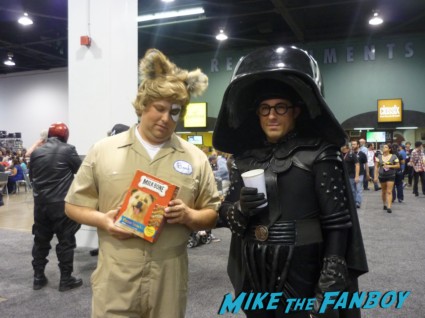 TNT’s new suspense-filled drama Legends-from Homeland producers Howard Gordon and Alexander Cary and Fringe co-executive producer David Wilcox-stars Sean Bean (Game of Thrones, The Lord of the Rings) as Martin Odum, an undercover agent working for the FBI’s Deep Cover Operations (DCO) division. Martin has the uncanny ability to transform himself into a completely different person for each job. But he begins to question his own identity when a mysterious stranger suggests that Martin isn’t the man he believes himself to be. This panel will provide fans with a sneak peek at this new series and an opportunity to hear from the stars and producers about the exciting first season.
Saturday April 19, 2014 2:30pm – 3:30pm
Room 300DE 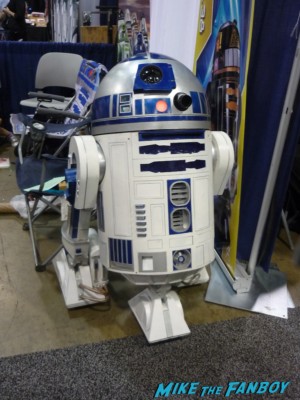 Writer/director Luc Besson (The Fifth Element, La Femme Nikita) will present exclusive scenes from Lucy, his upcoming action-thriller starring Scarlett Johansson and Morgan Freeman that unveils what humans could actually do with 100 percent of our brain capacity unlocked. In Lucy, after a woman is accidentally caught in a dark deal, she turns the tables on her captors and begins to attain unimaginable knowledge and power.
Saturday April 19, 2014 3:00pm – 3:30pm
Arena

The Last Ship Screening and Q&A

This summer, TNT is going to take viewers on an action-packed ride with the exciting new drama series The Last Ship, starring Eric Dane (Grey’s Anatomy) and executive-produced by blockbuster filmmaker Michael Bay (Transformers). The Last Ship opens with a global catastrophe that nearly decimates the world’s population. Because of its positioning, the Navy destroyer U.S.S. Nathan James avoids falling victim to the devastating tragedy. Join stars and producers for a screening of the pilot, followed by a Q&A.
Saturday April 19, 2014 3:30pm – 4:30pm
Room 300DE

Sony Pictures: Deliver Us from Evil

This supernatural thriller, inspired by the bone-chilling real-life cases of New York police officer Ralph Sarchie (Eric Bana), follows a detective who begins investigating a series of disturbing and inexplicable crimes and joins forces with an unconventional priest (Edgar Ramírez) schooled in the rituals of exorcism to combat the frightening and demonic possessions that are terrorizing their city. Join director Scott Derrickson (Sinister, The Exorcism of Emily Rose), producer Jerry Bruckheimer, and stars Eric Bana, Edgar Ramírez, Olivia Munn, and Joel McHale for questions and an exclusive first look at the film. 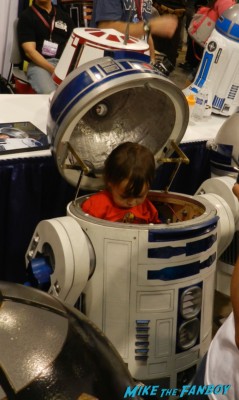 Join BBC AMERICA for an exclusive screening of the season two premiere of conspiracy thriller Orphan Black. The BBC AMERICA original drama series hits the ground running with Sarah (Golden Globe nominee Tatiana Maslany, Parks and Recreation) in a desperate race to find her missing daughter Kira (Skyler Wexler, Carrie) – a wild pursuit that brings her head-to-head with ruthless pro-clone, Rachel (Maslany). This season also rejoins Sarah’s clone sisters Alison (Maslany) and Cosima (Maslany) as they struggle to keep their clone world a secret and pick up the pieces of their broken lives – all while dealing with the harsh reality that no one around them can be trusted. Jordan Gavaris (Degrassi), Dylan Bruce (Arrow) and Maria Doyle Kennedy (Downton Abbey) also star in the series created by Graeme Manson and John Fawcett. Orphan Black returns Saturday, April 19, 9:00pm on BBC AMERICA. Please note: Orphan Black is TV-MA.
Saturday April 19, 2014 8:00pm – 9:00pm
Room 300AB