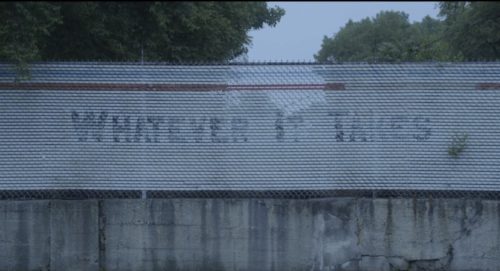 “Working Man” is a captivating caricature of blue collar drama deserving of your attention. This compelling, complicated piece of cinema is one of the year’s best hidden gems.

Allery Parkes (Peter Gerety) gets up every day to work on the assembly line in a plastics factory. For decades, Allery would walk to work and despite being retirement-age, this “working man” refuses to stop and merely wants to do his job. In anytown America, where blue collar work runs rampant, this drama depicts a town torn to pieces when the factory shifts work offshore and lays off all its workers. Refusing to stop, Allery ignores locked doors and closed gates to continue doing his job despite obvious hinderances with his “new working conditions.” Despite his wife Iola (Taila Shire) completely confused by his actions, Allery actually inspires the small Rust Belt town as an unlikely hero after forming a friendship with his neighbor (Billy Brown). 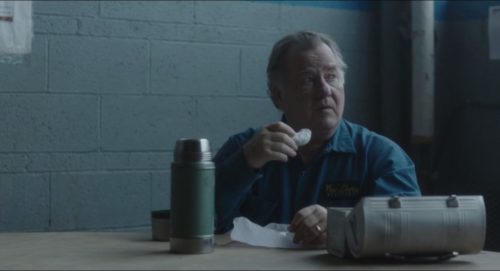 Directorial debuts like Robert Jury’s definitely deserves immense attention with this timely drama depicting working class men and women wanting to work. Factory closures and deindustrialization have decimated the heartland with minimal attention outside the areas. Everyday life is complicated and not always the most glamorous, but being able to rise through tough circumstances is what builds character. Luckily, “Working Man” contains plenty of inspiration and entertainment for everyone.

Headlined as the unofficial titular character, Peter Gerety’s gritty, genuine performance anchors this compelling cast in a terrific tribute to out-of-work Americans. The bleak beauty conveyed with Gerety’s minimalism and slow strides into work weigh down on you emotionally each time he takes a step. Gerety graciously allows audience members to connect with an instantly recognizable run-down man, who refuses to allow circumstances dictate behavior. Peter Gerety’s performance feels reminiscent of Emil Jannings in the beginning of “The Last Laugh” of a strong, silent senior citizen who wants to work and takes pride in it with a mixture of “Norma Rae” meets “American Factory.” Gerety has beautifully blended together a captivating character in the most remarkable and stunningly subtle way. 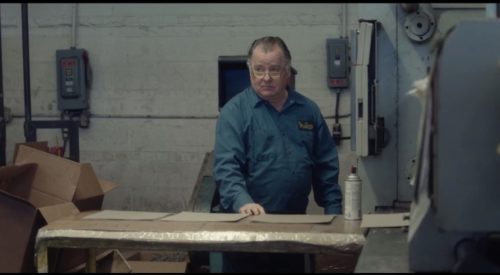 “Working Man” avoids working class and blue collar clichés in this delightful, dignified drama. It doesn’t mock manual labor, but respects the tough choices countless workers make while trying to provide for their families. Thanks largely to spectacular casting with Peter Gerety, Taila Shire and Billy Brown leading the charge. Shire simply shines as loving wife Iola, who can’t cope with the loss of her adult son and struggling to reconnect with her husband. Shire’s subtle somber performance beautifully compliments the grittiness of Gerety. They both emotionally embody the struggles all Americans face with uncertainty and proves once again we don’t appreciate Taila Shire enough. Prior to this film I was unaware of Billy Brown, but he’s that charismatic, calm cheerleader we all need in our lives. Together this trio triumphs in “Working Man.”

From beginning to end, Robert Jury’s beautiful blue collar drama delivers with one of the most heartwarming movies of the year without being preachy and putting down anyone. For decades, we’ve seen the Rust Belt and various towns across America be immensely impacted by moving operations offshore. Through Allery Parkes, we witness walking in another man’s shoes, whose spent decades of his life, if not entire career, working in a factory. When you take that away from someone, what do they do? It’s a beautiful, breathtaking and heartfelt honest examination about middle America, which possesses a familiar focus on grief and grit any hardworking individual can admire. The fully fleshed out relationships reward viewers time and time again with this entertaining ensemble blending both comedy and drama about real people. “Working Man” is a profoundly, provocative examination about staying calm and inspiring those in the time of adversity. It’s a great reminder even the most humble, honest and quietest person in the room can project the loudest voice. One individual can make the biggest difference in the world. 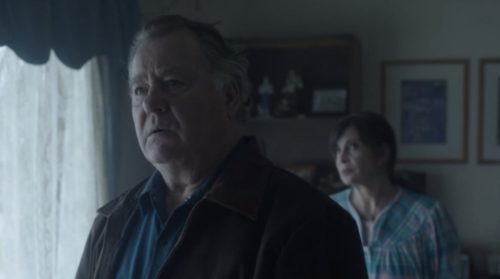 The film might start slowly, but once the momentum builds it’s an unbelievable finish. Peter Gerety captures the same sympathetic energy of Richard Farnsworth (“The Straight Story”), Bruce Dern (“Nebraska”) and Casey Affleck (“Manchester By The Sea”) with classic tendencies of Albert Finney. Peter Gerety is an absolute revelation and gives an award worthy performance. Phenomenal would be an understatement with the tour-de-force performance provided by Peter Gerety and is exceptionally complimented by another awesome, spell-binding performance by Taila Shire. “Working Man” is a Top 10 Film of 2020!

Starting May 5th, “Working Man” is available on VOD anywhere you can rent or buy movies.