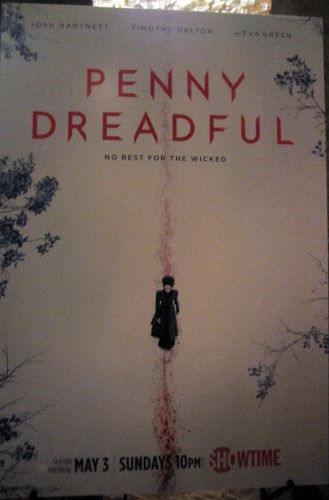 It’s back tonight everyone! Penny Dreadful has returned for a deliciously frightful second season and this one sounds like it’s going to be even more wicked than the last.

So last season our group was looking for Sir Malcolm Murray’s (Timothy Dalton) daughter Mina. Helping him in his quest was Vanessa Ives (Eva Green), a childhood friend of Mina’s, and they recruited: Ethan Chandler (Josh Hartnett) and Dr. Victor Frankenstein (Harry Treadaway). Along the way we also met Dorian Gray (Reeve Carney), Brona Croft (Billie Piper), Frankenstein’s Creature (Rory Kinnear), Madame Kali (Helen McCrory) and a host of others along with “The Creatures” who had Mina.

Well…things didn’t end so well. Murray had to kill Mina, Vanessa was possessed by a demon and nearly died, Ethan – we discovered – has a beast inside him that isn’t so beautiful, Brona died of consumption and Frankenstein’s Creature returned to force his creator into making him a mate. PHWEW!

Oh and Dorian Gray…well he was being Mr. Gray. Pushing the envelope of every vice you could possibly imagine…oh heck I mean tell me no one else kept hearing this in their head “Mr. Gray will see you…” ;P You know the rest. Sorry, couldn’t resist. Although this Mr. Gray is far more dangerously enticing than the other in my most humble opinion. Probably because he’s actually dangerous and his secret room and hidden “play thing” is far more frightening than anything the other one could ever come up with.

So where do we go from here?

Well the Awesome Anushika and I were lucky enough to attend a screening for the first episode and according to show creator John Logan, this season the hunters will become the hunted. And he wasn’t kidding! You can already catch the season premier online, but I won’t spoil it for those who are waiting to watch tonight. However, I will say the demon is still stalking Vanessa and it has some far more frightening helpers this time out. I had to hide my eyes during most of the first few minutes…but then again I’m a big old wussy – but this show is so much fun I have to watch! 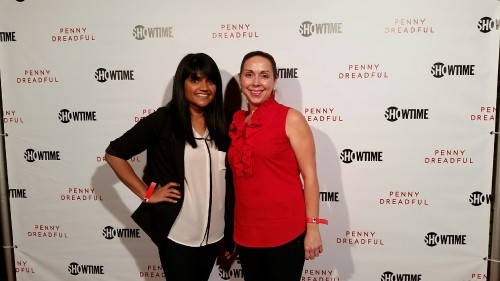 Let’s face it. I’m a book reader, I know all the stories they’ve pulled from, and what makes Penny Dreadful so good is how they flip those familiar stories on their head. Between the new twists on the old classics, Eva Green’s wardrobe, and the macabre way the story is told…it’s impossible for me to resist.

And now the goodies are coming. Hot Topic is releasing a line of clothing based on the series and at the Premier screening we saw a version of “Clue” based on the show. WANT! 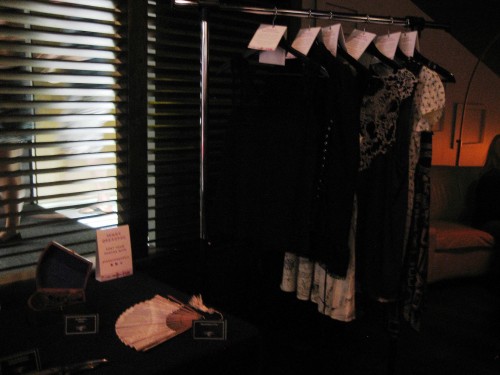 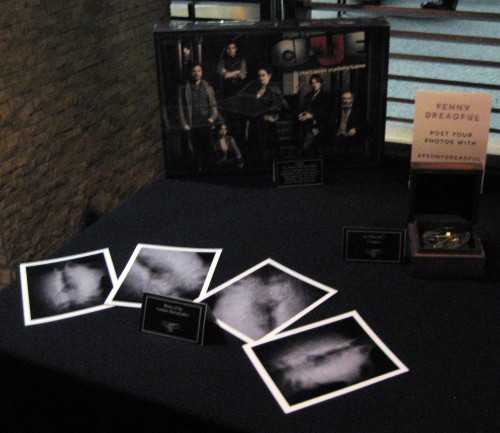 So light your candles, lay out your tarot, hang your cross (or symbolic item of your choice) ready your monster hunting kit and enjoy tonight’s episode! 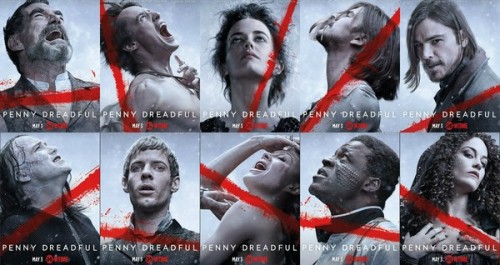 Below are some more pictures from the premier party: 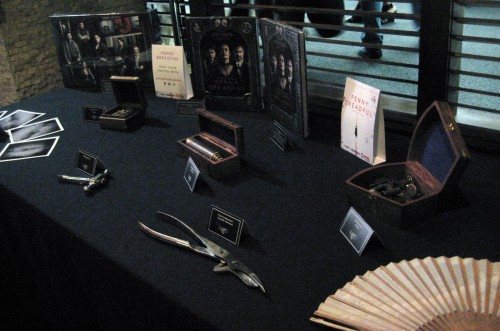 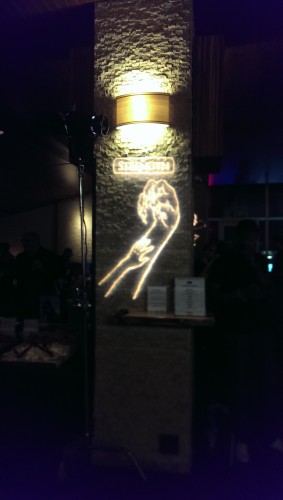 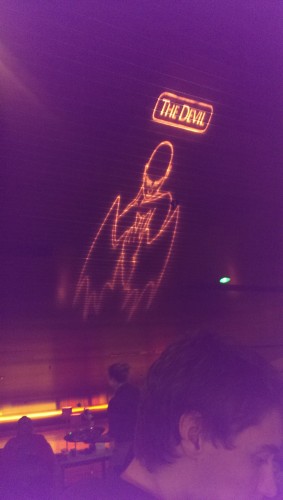 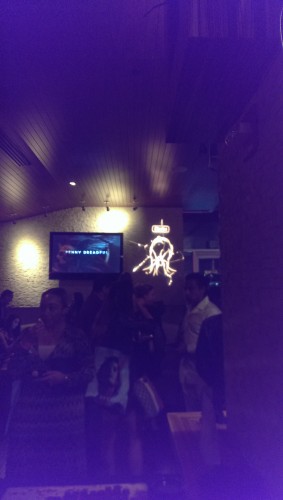 And a very special thank you to Showtime for the amazing gifts they gave everyone who attended! Here’s a taste: 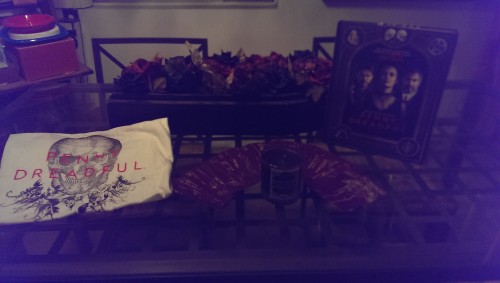 So keep your eyes here #Dreadfuls as Mikethefanboy.com will be giving away something fun to celebrate Season 2 very soon…

(Sorry, not the coffin…that actually belongs to me. No, seriously it’s mine…mwahahahahaha)

Don’t forget your social media’s when watching! Let us know how you think this episode stacks up! 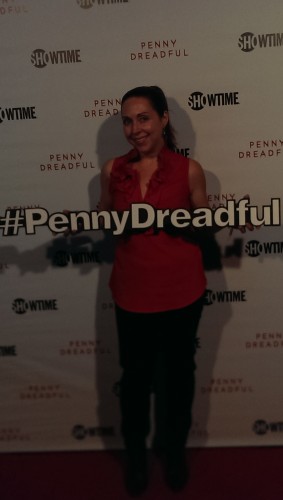