Chanel Oberlin considers Halloween to be the best day of the year. Every year her Instagram worshippers receive a thoughtful gift from the queen herself. We are treated to a montage of her fans going bonkers reading her Halloween cards and opening her lovely gifts. Chanel even makes an appearance at the door step of her most miserable fan. Halloween is clearly her Christmas.

Wallace University really knows how to throw a “faboolous” party. They got it all; pumpkins, serial killers, haunted houses, dead bodies, sex crazed psychopaths, costumes and of course, lots and lots of screams. In honor of Halloween, let’s check out everyone’s masks and pick a winner.

Let’s start things off with Dean Munsch. Last week we were left hanging with Wes accusing Dean Munsch of being the serial killer. After easily disproving the accusations, she pounces on Wes like a hungry hyena. Coming in to this week, we already knew about her involvement in covering up the bath tub death. We come across more details on Dean Munsch; she carried out the entire cover-up just to save her own butt. She makes all the girls burry the body and leave campus forever. Dean Munsch claims to be the “Guardian Angel”.

Wes hangs in there, trying to keep Grace safe every way possible. He enjoys an alarming amount of scary movies. Even though he seems like the perfect dad, is Wes hiding something from Grace’s past; a possible strange case of Dr. Jekyll and Mr. Hyde.

Denise has a good heart and she sincerely wants justice for Shondell’s death. She does everything in her power to investigate; unfortunately, she always falls short. She is our own local Pink Panther. It frustrates her, but she is driven and won’t be giving up any time soon. Denise is still convinced that Zayday Williams is behind the murders. During one of her smack talk sessions, Zayday reveals Denise’s past with the university; she is a Kappa reject from back in the day.

After a British persuasion, Zayday gets the confidence to run for presidency in the Kappa house. Zayday and Earl Grey will definitely be a power couple, the Wallace University Beyoncé and Jay-Z. She announces her candidacy while carving pumpkins for Chanel. Might not be the best time with all the pointy objects around her. Zayday throws a fundraiser at the haunted house on shady lane. Her party became the nightmare of every college student when all the dead bodies decided to make surprise appearances. A huge success? Certainly a memorable one. She had one last trick up her sleeve; Zayday disappeared into thin air with the help of the former school mascot, the devil.

Chad goes speed dating in the cemetery. He comes across a grave stone that tickled his fancy, but his alone time instantly gets interrupted by Hester. Being on the same wavelength, they hit it off talking about their fascination with death corpses and all things unnaturally creepy. Neck brace is really flying her freak flag high. She has every intention to take over Chanel’s life, including Chad. The Walking Dead couple is none other than our own Mr. & Mrs. Frankenstein.

Bored by the cemetery, they end up in the haunted house on shady lane. Hester finds the prime spot to get it on, but end up bolting out of the house screaming. Yup, they were the first to come across all the dead bodies. Chad and Hester collect themselves in a café; nothing better than a cup of coffee to calm the nerves, right? Their attempt to warm people backfires when all the students head out to the haunted house to check out the bodies; nothing quite equals a selfie with a rotting corpse.

Sure Pete and Grace were dressed up as Matthew McConaughey and Kate Hudson; but seriously, who are they kidding. Nancy Drew and Hardy Boy pay a visit to Mandy in hopes of finding out more about the death. There, they find out the extent of Dean Munsch’s involvement and the actual gender of the baby; it was a girl. Grace automatically assumes that she is the bath tub baby; but her dad, Wes denies everything. Sad to say, this was the last time Mandy talked to any outsiders before turning into a hanging ornament at the haunted house. Speaking of the haunted house, Chad and Grace puts the puzzle together and figure out that the Hag from Shady lane might have raised the bastard child. She was reportedly stealing milk, diapers and dolls from all over the neighborhood.

Threatened by Zayday’s challenge, Chanel decides to throw a haunted pumpkin patch fundraiser. Armed with all her minions, she spread the word about her party. They take a break from all their hard work, passing out flyers. Frustrated with their cotton ball diet, they ditch it for pizza. A rude comment from a couple frat boys turned into a total beat down that ended with applause. Probably the nicest thing I’ve ever seen them do. They totally turned into the Greek life Charlie’s Angels.

We have plenty of interesting characters on campus, but no doubt, the ultimate Halloween costume winner is Gigi Caldwell! She is an uncovered legend; Gigi is the hag of the haunted house on Shady lane. No one is aware of her true past. No wonder she is still stuck in the 90s, but who is the baby girl and where is she now?

Until next week, keep on screaming! 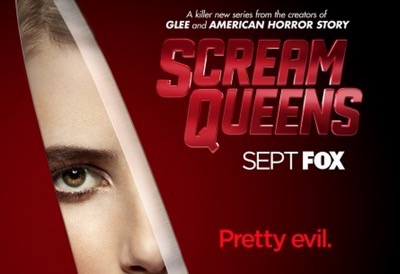