Home / Awesome Anushika • Reviews / Vikings Season Four Episode 6 Review and Recap! What Might Have Been!

Lagertha never fails to surprise us each season. She buries Earl Kalf herself after killing him with her own hands; Lagertha kept her promise. She expected Erlendur to leave Hedeby, but instead he requested to join Lagertha and Ragnar on their Paris raid. He might have lost his partner in crime, but he is far from done with the Lothbroks. 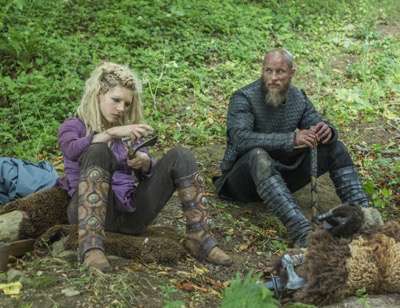 Back in Kattagat, Ragnar announces their official departure to Paris. He welcomes Ubbe and Hvitserk on to their upcoming journey. The young Lothbroks receive their arm bands from their father, King Ragnar. Even though Aslaug was happy to see her boys take their first steps towards becoming true Vikings, she wasn’t ready to see them join a raiding party. Of course they won’t be in battle, but they will witness the inevitable blood bath. Ragnar continues to take low blows at Aslaug; “They are safer with me than the last time with you, as I remember.” Snap! 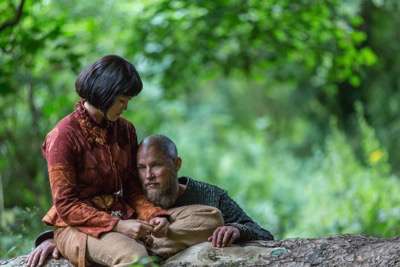 Meanwhile in Wessex, King Ecbert is making his own decisions giving a taste of the real world to one of his little humans. He sends off young Alfred on a pilgrimage to visit the Pope in Rome. Aethelwulf is not too thrilled with his father’s decision, but his protest backfires when King Ecbert request him to accompany little Alfred on his journey to Rome. Judith and Aethelwulf aren’t the only ones alarmed by the decision; Queen Kwenthrith panics as this might jeopardize her own quest in Mercia. Nonetheless, King Ecbert assures all that he would lead his armies to regain Mercia. The surprises just keep rolling in one after another. 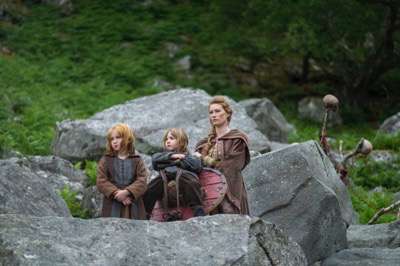 Yidu continues to “medicate” Ragnar with his mental woes. She wants to join Ragnar in Paris. He refuses, but Yidu uses her leverage to change his mind. Ragnar is addicted, and can’t go on too long without her herbs. To make things even more interesting, Yidu claims to speak Frankish. Ragnar is stubborn, but not dumb. He knows her knowledge can be used against the French. The hallucination kicks in; Ragnar asks the Seer about his death. As always, he delivers yet another cryptic answer; “You will die on the day that the blind man sees you.” 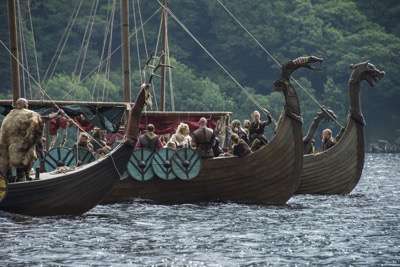 All the boats take off from the shores of Kattegat. They begin their journey to Paris. Even though they might be fighting on the same side, there are quite a few frictions within the troops. For instance, Floki no longer travels with Ragnar by his side. He has grown closer to King Finehair and his brother. Bjorn is brooding in his own corner burdened by impending vengeance. He finally reveals the true nature of King Horik’s ring to Torvi. 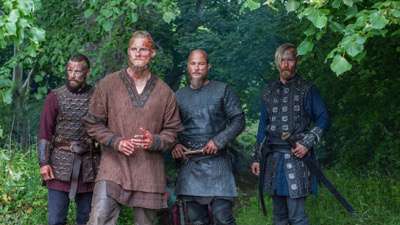 In the absence of his two older brothers, Sigurd grows bored in Kattegat. Aslaug continues to baby Ivar who is well passed his nursing years. Just when things started to wind down in the village, a visit from a familiar wonderer is precisely what Aslaug needed to feel alive again. Harbard is back people and he sure knows how to perfectly time his visits. When all the husbands are gone, he shows up to perform therapy sessions for all the lonely wives; “Come to me and I will end your suffering and heal you.” Aslaug takes the bait, obviously.

The ships arrive along the French shores. They take down the first French post with ease, but unfortunately one of the soldiers escape just in time to warn the French court of their arrival. The Vikings just lost their element of surprise. Angered by it, King Finhair and his men take some of the French prisoners to fuel a bonfire to make the signal even bolder. 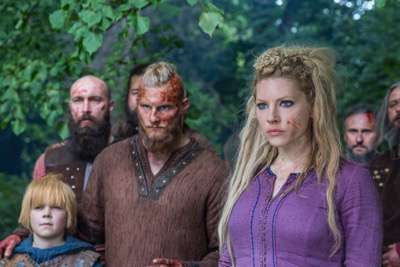 How much do we love Ragnar and Lagertha together? They might not be husband and wife, but those two as a couple continues to trump all others. Ragnar still cares about Lagertha and shows his concern for her unborn child. He believes she is suffering from heartache after Kalf’s death; (queue the waterworks) “My heart was broken a long time ago.” Even though they’ve both moved on with different partners, their hearts still remain with each other. 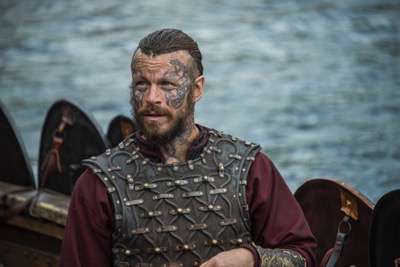 Meanwhile, the French court gets word of the unwanted new arrivals. Count Odo and Rollo briefs the Emperor on their plan of attack. Emperor Charles is at Rollo’s mercy. He begs Rollo not to betray them and join forces with Ragnar. To his delight, Rollo vows his allegiance to the Emperor, to France, and to his wife Princess Gisla. Count Odo feels threatened by the new respect Rollo has gain within the French Court and its Emperor. He believes Rollo is a mistake waiting to happen and is willing to take down the Emperor himself to protect Paris. Not being able to act on it, Count Odo takes his frustrations out on poor Therese. She literally hangs in there attempting to gather as much information as possible of Count Odo’s plan against the Emperor. 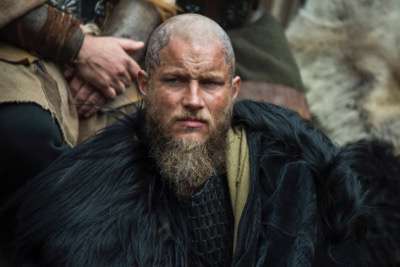 Viking ships draw closer to Paris. Bjorn is disappointed once he realize that the Viking camp has disappeared along with his uncle, Rollo. However, Ragnar is not surprised at all as he suspected this all along. It’s not the first time Rollo lost his way and gone rogue. Ragnar immediately goes for a dose of Yidu’s medicine. It was bad enough that Rollo betrayed him once, but having to go through it again will be next to impossible; hence the medicine. There’s no way he’ll be able to face the harsh truth with a sober mind. Unfortunately, the medicine takes him back to the beginning; Ragnar’s life before the fame and glory. Instead of distracting him, he is reminded of all that he has lost over the years. Ragnar has trailed too far with no hope of retuning back to that life ever again. 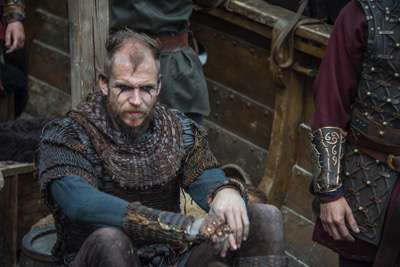 All doubts disappear as soon as they witness “Duke Rollo” accompanied by French forces. No one feels more betrayed than Bjorn, who always had a special bond with his uncle. Oy vey! I don’t know how I’m going to survive another battle between the Lothbrok brothers. Sure they both walked away from it with a beating heart, but I doubt we’ll be that lucky again this time around. It seems to be the running theme among all fandoms; Batman vs. Superman, Captain America vs. Ironman and now Ragnar vs. Rollo. I’m afraid to watch it next week. My heart might not be able to handle the ugliness.

Until next week, Happy Raiding! …..Maybe?