Oh Comic Con!
This year was harder, more packed and rougher than usual. Billy Beer tried his luck at the FOX booth for the 24 signing and had a stroke of luck! He got a winning ticket! Woo to the hoo!

He got to meet Jack Bauer himself Kiefer Sutherland!

Welcome back to Billy Beer(ed) Bar Stool.  Today we are at the SDCC to see Jack Bauer choke out a whole line full of autograph collectors!  Wouldn’t that be great!  People would put a poster RIGHT in front of him, and he would tell them to “get that out of my face!” and then choke them out!

(Editor’s Note: That would be a SDCC miracle! M-)

I’ve been a big fan of 24 for years.  When it first came out I thought the concept was cool and Elisha Cuthburt was HOT!  Nobody was safe.  How often do they kill main characters off of TV show????  Oh wait they do it all the time now.  But back in the day, that didn’t happen.

It’s Thursday at the Fox booth, and we were sure how the drawing was going to work this year.  Last year they just gave you the tickets, first come first serve.  This year they were back to their raffle system.  Which means you  have to get lucky.  There is nothing worse than lining up all day only to not win!

I guess luck was on my side today, cause I pulled out that red 24 ticket.

Kiefer Sutherland seems to be in a really good mood today.  As I’m watching other people in line ahead of me, I’m noticing that he’s taking the time to talk to people and even take pictures.  It’s really just him up there even though Jon Cassar the executive producer was there too. 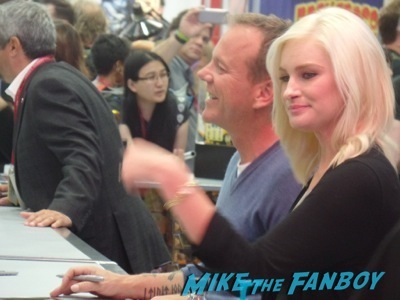 When I get up there, Kiefer was very personable. 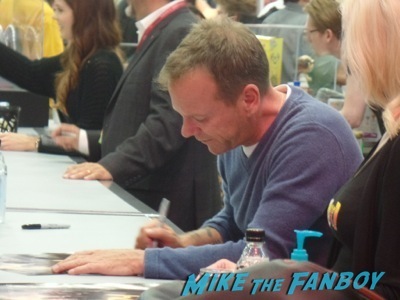 I talked to him about working in the old CTU building on N. Bundy, and how they hadn’t changed much. 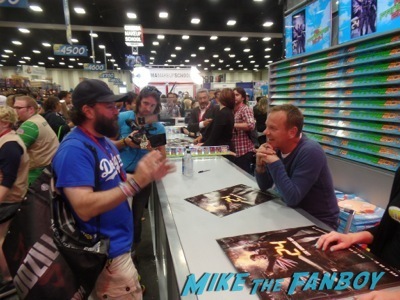 then I ask him if he would write an inscription for me “I’ll choke you out”  Which he gladly does.  I explain to him that we used to guess how many people Jack Bauer would choke out each episode.  Which he playfully replied.  “This season we didn’t choke them out, we SHOT them.”  LMAO!!!! 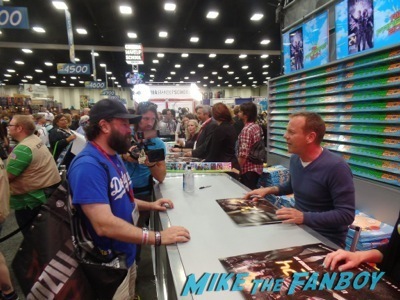 I finally ask for a picture which again he happily does. 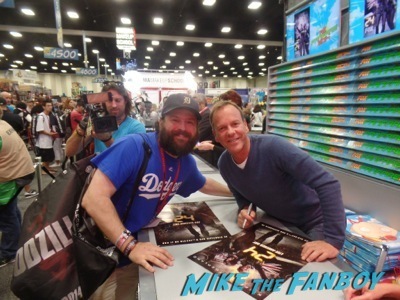 This is what autograph lines are supposed to be like!  I know you won’t change, but take note WB!  Anyway, this is the first line of many for me this weekend, so until next time! 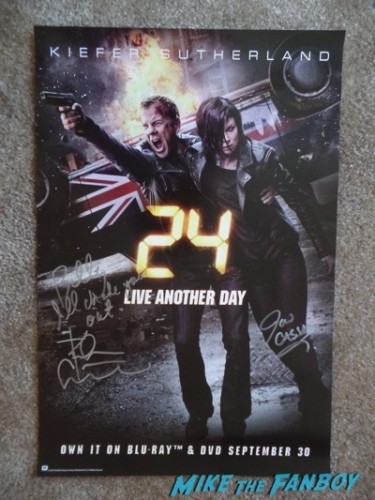