Home / Directors • Fanboying! • Q and A / Director Ang Lee Made My Life… Of Pi After Greeting Fans And Signing Autographs At A Q and A! It Makes Sense… And Sensibility! Stop With The Puns Mike!

I don’t know if you’ve seen Life of Pi yet, but if you haven’t… Go see it now. Stop what you’re doing and get to the theater. It’s one of my favorite movies of 2012 and I thought that Ang Lee did an amazing job directing what could have easily been an unfilmable book.

When I saw that Ang Lee was doing a rare q and a I had to head out. I saw Ang Lee at the Palm Springs Film Festival but of course I didn’t have my Life of Pi mini poster and once I saw it, I knew I had to get something signed from the film. I also brought my friends Sense and Sensibility DVD as well.

When I got to the theater I was the only one here. Yep, I felt like a hooker showing his wears on Santa Monica Blvd.

Okay, maybe it wasn’t that extreme but that’s what I texted Jack who was meeting me over here. Scotty was also planning on coming however, I’m not sure he’s going to make it.

I texted Scotty that there were 30 people here and it was madness… MADNESS!

Sadly he didn’t text me back yet. 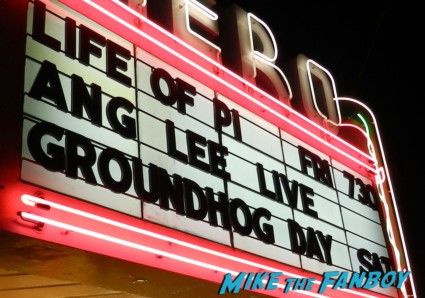 Oh, and there’s Jack! I’m a little hyper tired. It’s been a long long week but a good week though, I will admit.

There are only a few other people here for Ang Lee, which is a nice change of pace. Honestly it feels like there are 50 people for every person lately no matter how big or small they are.

Jack and I get to catch up which is rare because usually at events it’s all kinds of crazy and you can’t really talk about stuff or have a relaxing evening. Ah well. Such is life.

After chilling for about a half hour or more we saw a black town car pull up. Jack has a stack of DVD’s the size of a building. LOL… He brought the Ang Lee collection with him today.

The town car pulls up right in front and out comes Ang Lee. He’s dressed very casual and is so gracious. I have my mini poster out and he’s more than happy to sign. 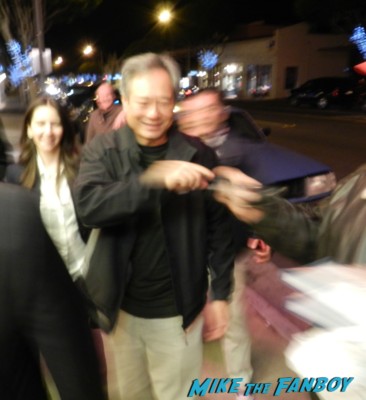 I think everyone got at least two. Once I got my poster done, I tried to get of the way so Jack could get one and then I got my friend’s Sense and Sensibility DVD cover done. 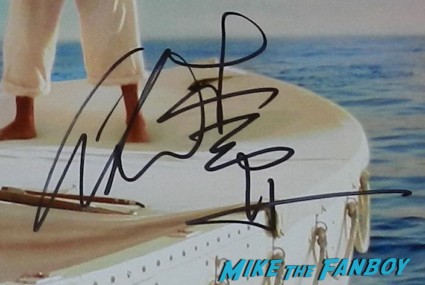 Personally, I’m not one for the English costume dramas but to each their own right?

Jack got two of his DVD’s signed and our evening with Ang Lee was complete. I was going to try and get a photo with Ang Lee however they started rushing him inside and I didn’t want to see pushy. Damn my Canadian niceness! LOL… 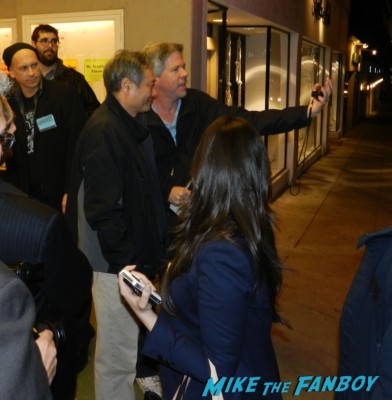 This was one of those nice calm easy nights. There should be more events like this! 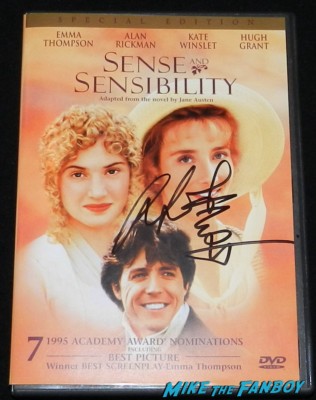 To meet a director of such high caliber as Ang Lee in such a relaxed setting is a definite treat. 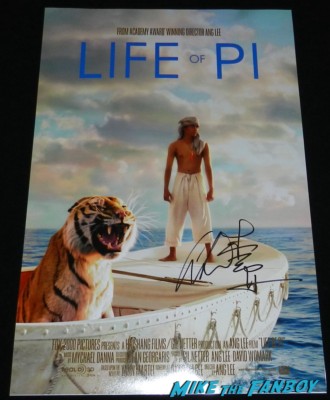