Celebrities are not magical beings, since the old days of Hollywood glamor, they’ve been put up on a pedestal. Due to this, many people, fans, in particular, have practically worshipped the ground that celebrities are on. Celebrities are normal people, and thanks to social media, it’s been proven. However, one issue never seems to die out in comparison. A lot of people around the globe have a tendency to compare themselves to celebrities.

Unfortunately, due to societal standards, it can be difficult to not compare yourself to others, especially those who are privileged. This has caused people to dress like a celebrity, get cosmetic surgery like one, or try and live the lavish lifestyle they have without the financial means for it. Overall, it’s just not healthy, and here are some reasons why. 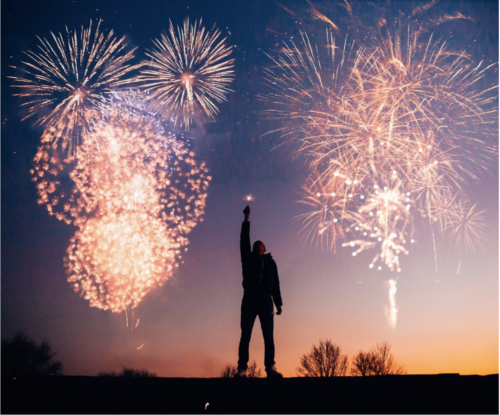 You may not be perfect, but you are perfect for somebody. No one is perfect. You are not the exception to the rule. It’s important to learn to love yourself first before you can love others. You should accept all your flaws and imperfections because they make you who you are, and they make you unique.

Self-acceptance can be difficult to come by at times, but it’s important for you to learn to love yourself first before you can show others how much you love them. It’s true it can be hard to accept yourself when you lack the features that celebrities have. But you need to keep in mind that not every celebrity is a Greek statue; there are celebrities with gynecomastia. They’re imperfect, you’re imperfect, and that’s okay!

It is a constant battle between what we think we see and what is really there. This isn’t entirely interpretation bias, however thanks to photo manipulation it can make an impact on how a person thinks and perceives someone else and themselves. For instance. if see someone such as a celebrity or influencer online with clear skin, no wrinkles, and essentially no imperfections, it’s going to bother you and make you feel bad, right?

While this mostly happens with women, it can happen to the fanboys too. Just keep in mind that a lot of celebrities FaceTune and photoshop their pictures, or they even have a whole team to do that work for them.

Comparisons are a losing game

The reality is that comparisons just make people feel bad about themselves. It’s a losing game to compare yourself to others. You can never win because there will always be someone who is better than you. Instead, try to focus on your own strengths and what you can do to improve. If you want to be happy and successful, stop comparing yourself to others. But of course, this is something that is much easier said than done, but if you just break away from looking at celebrities and comparing yourself to them or even others you personally know, you’ll feel so much better.

Everyone is born with a sense of inadequacy, but when you compare yourself to others, it can lead to anxiety. While this isn’t some magical formula, some things you can try should include:

2) Focus on your strengths: The only person that can make you feel inadequate is yourself. It’s important to know what your strengths are and focus on them instead of what you don’t do well.

3) Practice self-compassion: The more compassion we show for ourselves, the less critical we will be of our own,

Yes, it will take time, and yes, it is a mental challenge. But you shouldn’t compare your past and present to a celebrity. The circumstances between the both of you are completely different.

Comparisons can lead to unhealthy habits

One of the most popular ways people compare themselves is through social media. It has become a normal thing for people to post pictures of themselves and post what they are doing at any given time. This has led to people comparing themselves to their friends, family, influencers, and even celebrities. If this person is having the time of their life and you’re stuck in a rut filled with stress, it can be difficult not to feel down and have resentment, right? Comparisons are a common thing that happens in life.

People compare themselves to others, their achievements to others, their appearances, and so much more. This can lead to unhealthy habits such as eating disorders or even substance abuse in more extreme cases. There are people who want to emulate the bodies of influencers and celebrities and will go to great lengths to get this, whether it be too much exercise, not eating enough or cosmetic surgery, but it can even go beyond that as well.

This is actually one of the biggest reasons why someone shouldn’t compare themselves to a celebrity. It’s fine to be a fan of someone because of their talent, personality, abilities, or whatever. That is something that should be considered fine. However, the problem is comparing yourself, such as your talents, to theirs. Everyone got to where they are due to different reasons. Some people are far more privileged and succeed in things they want to do fairly easily.

There are also others that live in the right place or know the right people. Honestly, the list could go on and on. But everyone has a different journey in life, and there are some aspects of your own life that you can’t simply control. If you compare yourself to others, especially celebrities, you’re just never going to feel as if you’re enough. This can have the potential to spiral downwards into something much greater.