I hate being sick.. Ugh… I’ve been home with head colds and phlegm. Blech… Who likes phlegm! I was torn… I was hoping I would be well enough for a couple events this week but alas that wasn’t the case. I decided to rally today because I wanted to head out to try and meet Magic Mike star Alex Pettyfer.

I don’t care what anyone says, I like that movie and I’m not ashamed! LOL… My friend Dillon got me this awesome postcard set from Mike de Magic that’s rad. I already have Channing Tatum and Matthew McConaughey so, I need three more of the Magic Mike dudes on it.

Little did I know that Suddenly Susan was going to be there as well. She is a huge fan of the film Beastly… And before you laugh, I just have to say… Okay… Laugh. 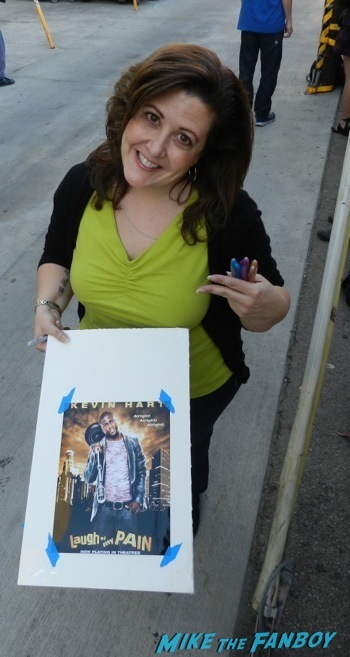 I’ve actually always liked Alex Pettyfer, and thought I Am Number Four was pretty good. I was hoping there would be another one, but alas… That doesn’t seem to be the case.

There were about eight people waiting for Alex Pettyfer and after saying hello to Alan and Steve who were hanging about, I caught up with Suddenly Susan, we talked about life, kickboxing, Comic Con, pens, and you know… the usual.

Susan was also prepped for Kevin Hart even though… Her heart was really in Beastly, and her purple metallic pen color. Just teasing.

In all honesty though, glossy photos… I always say luster is better or matte finish if you’re going to print something because the glossy tends to dry pens out. Just my humble opinion.

After about 20 minutes the door opens and holy crap it’s Alex Pettyfer! 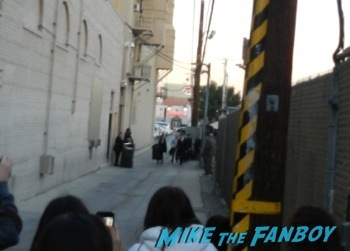 He’s really nice! The girls in front call him over and he comes right on down… He takes pics with everyone 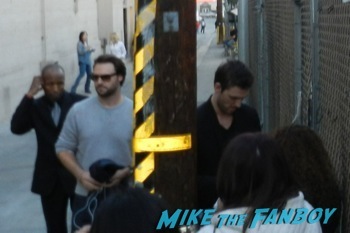 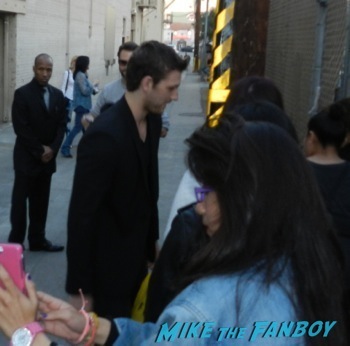 and then Suddenly Susan asks him to make her photo, “To Susan, I feel beastly…” 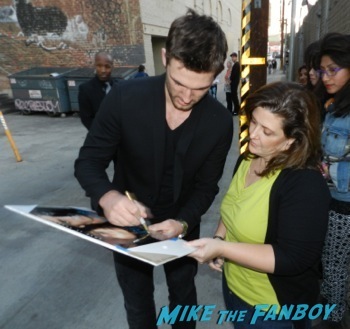 Okay, I made that up. The pen worked great on the To Susan, but not so much on the signature! Doh! Still Susan’s photo is awesome! 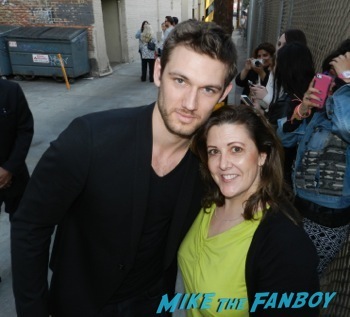 I had a litho from the Da Man magazine photo shoot Alex did and also the above mentioned Magic Mike set. Alex signed both and I got a photo with him too! Super nice.

Alex Pettyfer even joked with some of the photographers, and was quite personable! Very impressive! 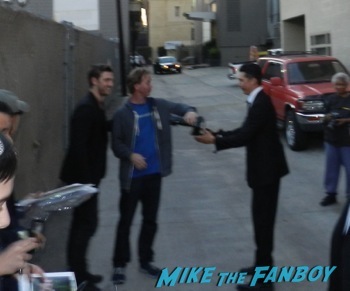 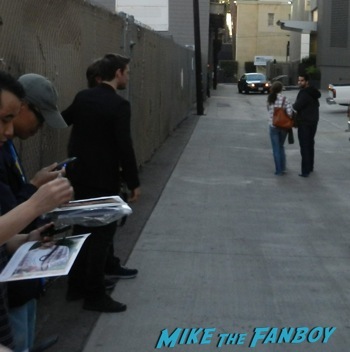 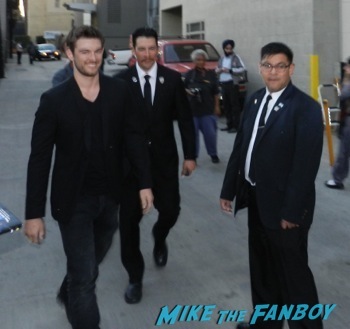 So simple and quick and I’m home in time to binge watch The Wonder Years! Nice! 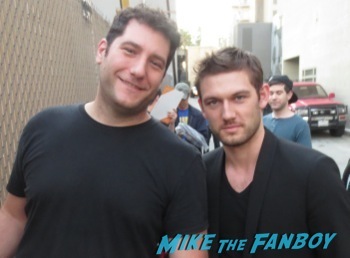 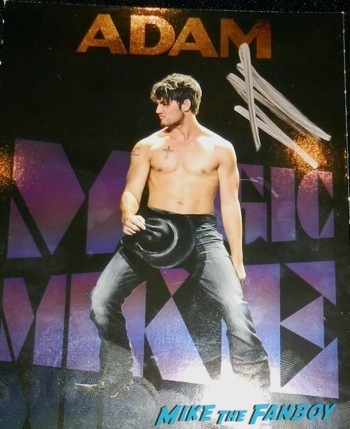 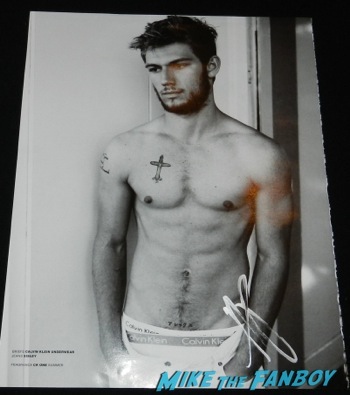