What’s happening now? It’s the day that the internet has been speculating about for about a year now – it’s The Day of the Doctor! If you don’t know what Doctor I’m talking about, then you probably won’t be interested, but for the rest of you Whovians, it’s a day 50 years in the making! Let’s find out exactly which Doctors will show for this 2 hour movie! 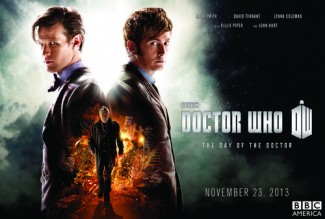 Time to get your Greek on! Following The Day of the Doctor, BBC is launching the heir apparent to Merlin – a new show called Atlantis that’s already been renewed for a second season in the UK. Atlantis is from the same show runners as Merlin (Julian Murphy and Johnny Capps) and takes place in a land of myth and legend – only this time it’s the lost city of Atlantis which is filled with legendary and mythical characters. 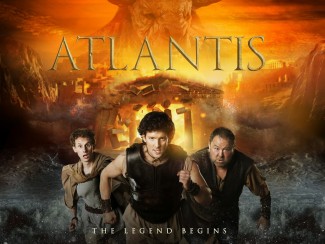 Nikita is back for her final season! Let’s say farewell to this brave heroine and hope that she can (at last!) clear her name – of course being accused of assassinating the President of the US makes things a little tricky… 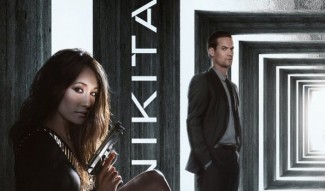 Rhyme time
in prime time!
How I Met Your Mother
has an episode like no other.
Oh next Monday,
is going to be a fun day!
Tune in to find out
what the fuss is all about!

When you say “MLP” some think of Mary Louise Parker (well, Mike does at any rate!) while others think of My Little Pony. Yes, bronies unite as a new season debuts this weekend! 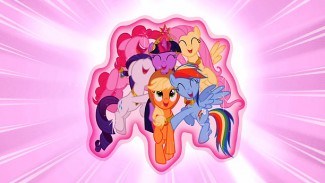 Here’s a quick re-cap of what’s new and notable this week!

Health check in The executioner’s blades have been quiet this week. Most of the networks have focused on setting debut dates for early next year (over 30 new shows in January!) so the fate of many current shows is unchanged. 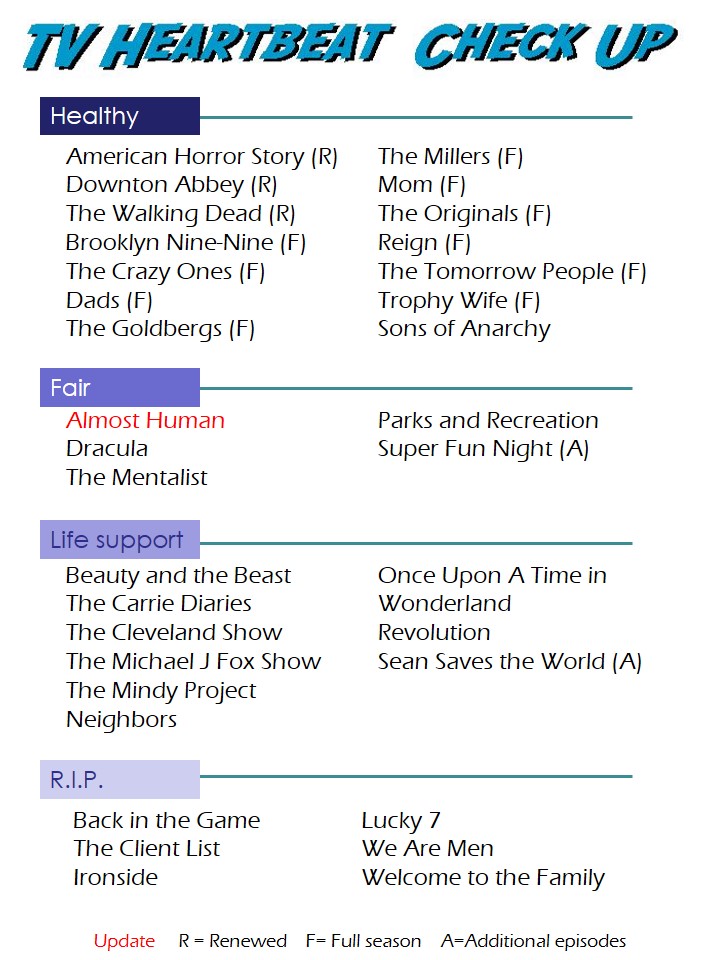 Almost Human made its debut this past week to great ratings on Sunday (thank you football!) and solid ratings on Monday. With a decent start, let’s see how the next couple of weeks go to see if the show has some legs (artificial or otherwise…). 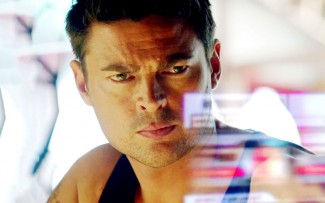 Have you heard the tale of The Killing? It sounds like a zombie story doesn’t it? I mean, the story behind the show and not the show itself which is about a horrible crime in a small town. See, The Killing aired to great acclaim during its first season on AMC. The second season wasn’t as well received and the show was cancelled. And then it wasn’t. AMC brought it back from the dead for a third season. After the third season ended, AMC cancelled it (again). But like a vampire who regularly rises from the dead, Netflix has brought the series back for a six episode season to help wrap up the story line. 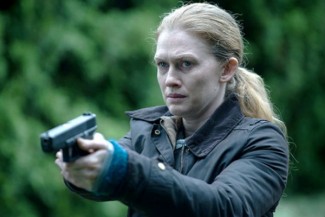 So hurray for Netflix! It’s great to see that there are ways to get closure with shows that may still have some life in them. If only Netflix was an option back in the day for Firefly!

What shows would you like to see Netflix revive?