When any television series starts to hit it’s sixth or seventh season, the creators tend to want to shake things up a little. It doesn’t matter if it’s a drama, a comedy or even an anthology series, it’s a magic number. The creators throw in something like, Buffy gets a sister, a family adopts another child, a baby is born, etc… We’ve all seen it and can probably count how many times it’s been used. 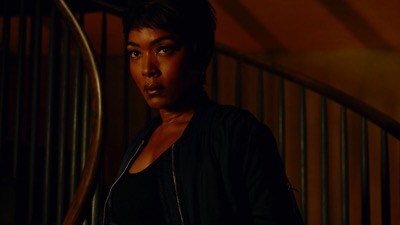 American Horror Story: Roanoke aka season six of the anthology series, decided to shake up its formula and while it wasn’t the shot in the arm the series needed creatively, it did have some moments of shock. This season, the story was told as if the viewers were watching a reenactment of a haunted house story told with actors playing their real life counterparts. The series is titles My Roanoke Nightmare and it skews the reality television genre. 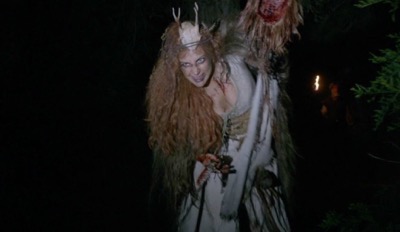 An interracial couple moves to a secluded house in the middle of nowhere. They are down on their luck and looking to try and get ahead financially. The house is being sold at auction and they win it from some of the Deliverance types bidding against them. There was an “incident” in Los Angeles that they also want to get away from a moving to the middle of the woods in North Carolina, I guess seemed like a good idea at the time.

The “real” people are shown in different interview segments cutting away from the actors playing them and showing what happened. The house was haunted and different spiritual entities come to life to torment the family and take away their daughter including The Butcher who claims that this is her land. During the Red moon she can come out and play sort of speak. 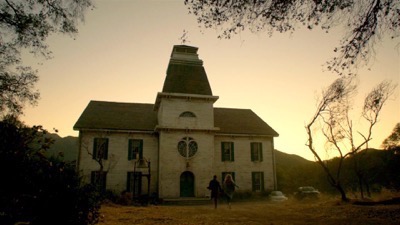 In the middle of the season, there’s a big twist, where the original My Roanoke Nightmare series ends and a new series, within the American Horror Story series begins. All the players are thrust into the house during the blood moon… And well… It’s a blood bath.

While reality television seems perfect for skewering, especially in a horror setting, it has been done before and even in a comedy series like The Comeback which was amazing. Roanoke suffers from a been there, done that feel even if the actors give it their all. Utility players Kathy Bates, Sarah Paulson, Angela Bassett, Evan Peters and Cuba Gooding Jr. do their best with the material and deliver great performances. There were times I jumped, times I loved what I was seeing and times I just scratched my head at the choices they made. 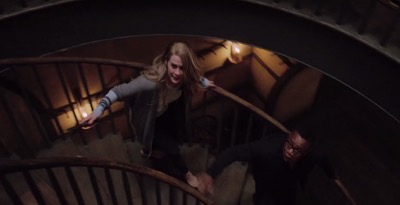 In watching the series again, I admit I liked it more than I did the first time around, however it still  seems clunky and not as smooth as the best seasons of American Horror Story like Coven. Here the characters were not fleshed out enough and given so many issues it was hard to keep up, alcoholism, abandonment, you name it, someone had it. I do admit though, I liked it way better on second viewing and the twists and turns didn’t feel so forced the second time around. I think this season was a good try to reinvent the show but I don’t think it was as successful as it could have been.

American Horror Story: Roanoke arrives on blu-ray in a fine transfer thanks to 20th Century Fox Entertainment. The series looks fantastic on high definition, the details are sharp and there is little fallout on the darker scenes. The picture quality overall is sharp and looks good. This season has a yellowish hue to go along with the remote and dry location, it tends to flatten out the picture a little but not so much that you can’t enjoy it. Overall, the picture quality is excellent on this release. 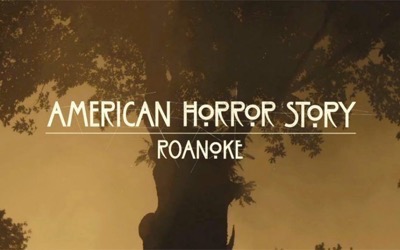 Special features included on this release are the Roanoke promos and the Paley Center for Media: Q & A with the cast.

Overall, I have to say, while Roanoke isn’t my favorite of the American Horror Story seasons, it fares better on Blu-ray. The performances are top notch and the plotting, while a little clumsy doesn’t seem as jarring as it did when the series first aired. I think there’s a lot of fun still to be had with American Horror Story, and recommend checking out this season.

American Horror Story: Roanoke is out now on Blu-ray!