Home / JM • Movie Reviews • Reviews / American Sniper Review! Does Bradley Cooper Have The Chops To Pull Off This War Drama?

American Sniper has taken an interesting road. It’s sort of bubbled under the awards season. I’ve really wanted to see it, but haven’t had the chance, however based on J’s review I’m going to have to check it out.

I’m really interested to see how Bradley Cooper does in this sort of role. I like him a lot and I think he’s going to rock.

Check out JM’s review of American Sniper after the jump!

For the past decade, filmgoers have wondered will Clint Eastwood make another great film? Finally, our prayers have been answered with the astonishing American Sniper. Based upon the biography by Chris Kyle, Bradley Cooper successfully embodies the sharp shooter in this riveting war drama.

Before becoming the most prolific sniper in U.S. history (160 confirmed kills), Chris Kyle was merely a simple Texas ranch hand and rodeo cowboy. Inspired by tragedy, Kyle put aside his dreams and joined the Navy Seals to make a difference for his country. 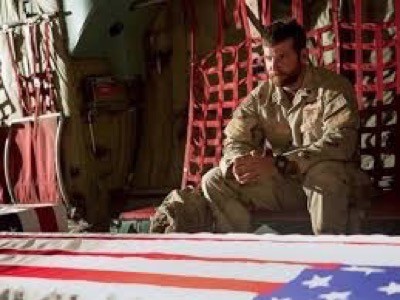 American Sniper starts off with Kyle (Bradley Cooper) perched on a roof with a U.S. marine as they’re providing coverage for a convoy. Believing he might have to execute a child concealing a bomb, the film flashbacks to his childhood with his dad complimenting Kyle’s skilled shooting. No matter the target, this Navy Seal embraces his talent and thrives in dire situations.

Later on in Jason Hall’s spectacular script (also during a flashback), Kyle’s father informs his son there are three types of people: sheep, wolves and sheepdogs, the latter of which best categorizes Chris. The righteous protect the innocent with disregard to their well being for the greater good. His protective nature against predators (Al-Qaeda) fuels his religious view of patriotism and his desire to remain a Guardian Angel for his fellow brethren fighting Iraq insurgents. Dubbed “The Legend” by his peers, Kyle’s four tours of duties during the Iraq War proved inspirational and boosted his colleagues’ confidence whenever he’s around. 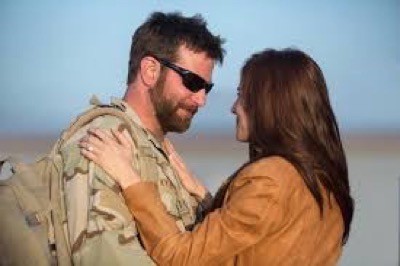 However, every time he sees his fallen comrades, Kyle resents the fact he couldn’t save his friends and fellow “Punishers.” Although he loves his beloved wife Taya (Sienna Miller) and his family whenever he comes home, this Navy SEAL feels lost. This super killing machine can’t cope with being restless and becomes homesick every time he doesn’t have a rifle in his possession. Maybe he feels guilty like a shepherd leaving his flock unprotected, but becomes relaxed once he’s “at home” in Iraq. Kyle feels incomplete without his rifle and desires to avenge his fallen comrades by taking out his elusive enemy counterpart, Mustafa, a Syrian sharpshooter capable of “mile long shots.” Still, without hesitation he returns to his flock every tour with open arms and remains dedicated to the cause. 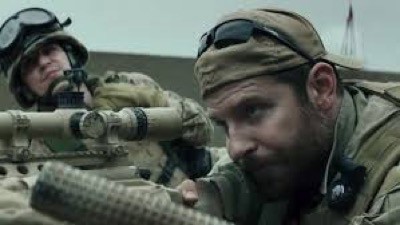 Eastwood executes arguably one of the finest films of his career and probably his finest film since Unforgiven. The aurora of Clint Eastwood is undeniable and continues a steady tradition of attracting amazing talent. However, unlike his recent mediocre stretch for the past decade, Eastwood assembled an excellent ensemble cast that allowed you to get lost in the film rather than focus when certain actors would appear. Capturing the spirit of Unforgiven, Bradley Cooper catapults the film to another level reaffirming his director’s dedicated belief that vengeance and violence are a moral necessity. Unfortunately, these take a toll on the individuals seeking justice and Cooper effortlessly showcases his wide range of emotions in the process.

Cooper subtly transforms literally before our eyes and brings great respect to this particular subject matter. His sincerity and country gentleman swagger provide a gritty portrayal of a man’s unflinching patriotism in dismal situations. Cooper captures the toll of Kyle’s psyche and deterioration perfectly in his best performance to date.

Nearly a decade ago I walked out of a movie theater with an annoyed audience contemplating whether or not their “favorite” filmmaker had lost his touch. Despite later being nominated for Academy Awards (Best Director and Best Picture), his film Letters from Iwo Jima (and Flags of Our Fathers for that matter) were subpar movies merely recognized for its name prestige than actual quality. So imagine my surprise when the critically acclaimed filmmaker makes another war movie, but instead succeeds knocking it out of the park with one of the strongest films of the year. This reflective movie will leave you in tears yet inspire you simultaneously.

During this time of awards season, many moviegoers will get caught up with the plethora of biopics being released making many to question what’s fact versus fiction. All it takes nowadays is a click of a button to “check the facts.” Often times we start reevaluating whether or not we truly enjoyed the movie by receiving confirmation about certain anecdotes/events through research rather than allowing us to reflect on the overall movie experience. Just sit back and enjoy. Although George W. Bush’s name is never invoked and the politics of the Iraq War are essentially excluded, the film resonates as a powerful political statement. Regardless of your political beliefs, this film warrants your attention. 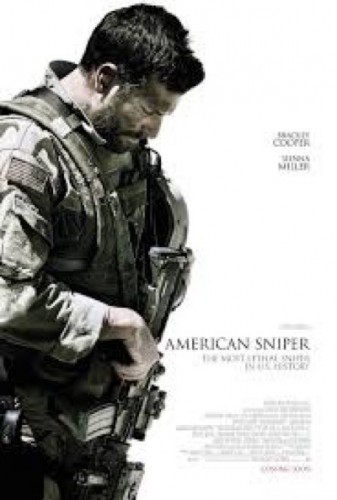