Home / JM • Q and A / JM Is Showing Teen Spirit While getting Confidential and enjoying The Social Network! Meeting Max Minghella and Jamie Bell! Autographed Goodness!

Who’s got “Teen Spirit?” Well according to all these articles I’m writing for MTF it appears I do. All kidding aside, Bleeker Street and the cast & crew of “Teen Spirit” really hit the ground running. After having so much fun at one screening I decided to attend another Q&A, but this time with director Max Minghella and producer Jamie Bell.

I’ve been a fan of Max Minghella’s since his film “Art School Confidential,” which was inspired by a Daniel Clowes’ comic story. However, most people will recognize him from “The Social Network” as Divya Narendra and now “The Handmaid’s Tale.” Jamie Bell will always be remembered because of his unbelievable film debut as the titular “Billy Elliot,” but always attracts an amazing array of projects including the upcoming Elton John biopic “Rocketman.”

Needless to say my buddy and I were for in a treat. The movie held up and my friend really enjoyed it, but was ecstatic Steve Weintraub from Collider was conducting the Q&A. Both Max and Jamie were introduced together. You could certainly tell they’re best friends. 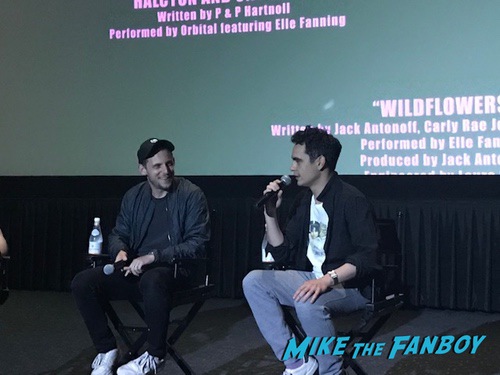 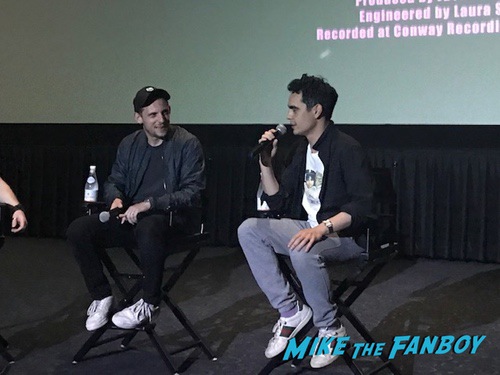 Some highlights from the Q&A:
-Max is super particular and if it isn’t exact, he won’t like it. Jamie proceeded to then tell a story at Amoeba that transpired literally before the screening.
-Max wrote the script almost a decade ago
-The character Violet was only Polish because most actresses originally considered for the role spoke primarily Polish and could either sing, dance, ride horses, etc.
-There was only a 90 second difference between the rough cut and final cut
-Max was extremely scene specific and shot extremely efficient with no deleted scenes.
-Max made the film because of Jamie Bell’s enthusiasm
-Ell Fanning was interested in the project after it was announced without a cast
-Roughly about 90% of the songs seen/heard in the film were written specifically into the script.

Afterwards, both Max Minghella and Jamie Bell hung out with the audience and answered everyone’s questions. I thanked Max for making such a fun film and rambled on as he signed a DVD for me. 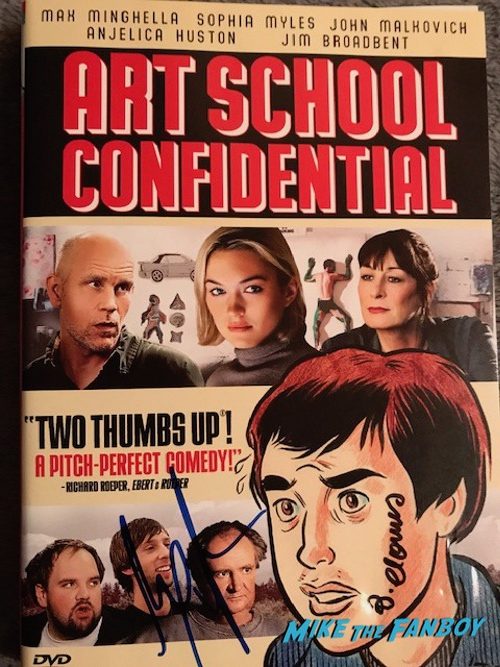 However, I was really interested in talking with Jamie Bell. We literally spent five minutes talking about producing and the soundtrack, which was really informative. Afterwards I managed to have him sign a copy of “Nymphomaniac,” which brought a big smile to his face and told him I was pumped for “Rocketman.” 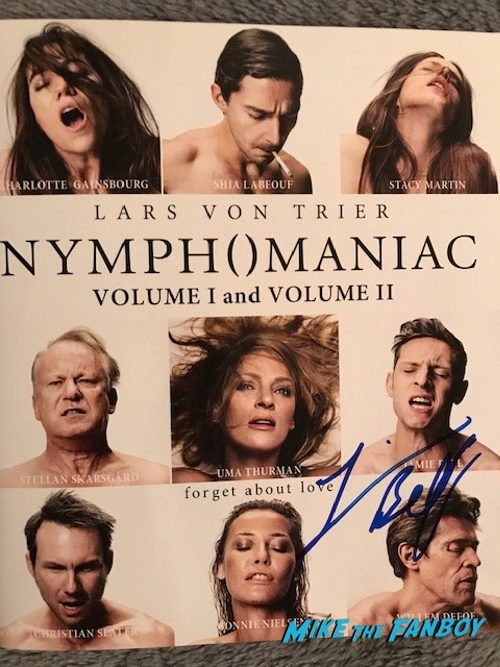 Both actors addressed everyone’s requests taking their time until literally getting kicked out of the theater. They both went above and beyond! As an added bonus, they were handing out signed posters by Elle Fanning, Jamie Bell and Max Minghella in the lobby. All three principal actors involved Elle, Jamie and Max were amazing and appreciative throughout the weekend. Thanks again for making another fan’s weekend! 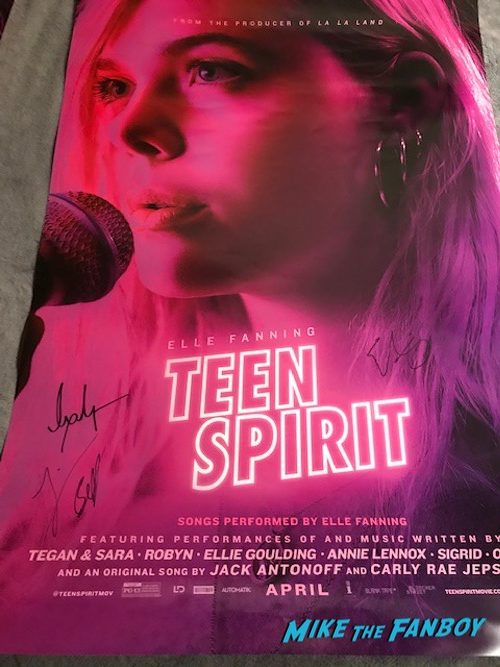 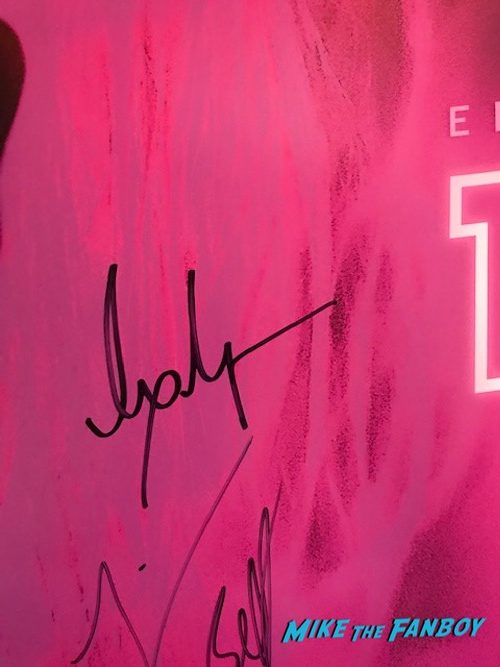 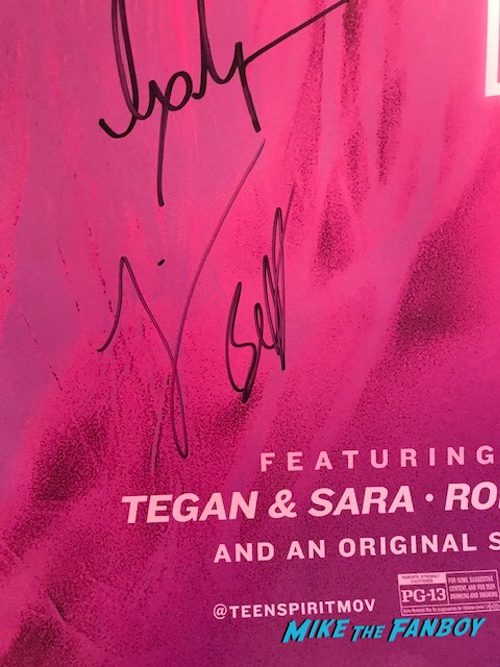 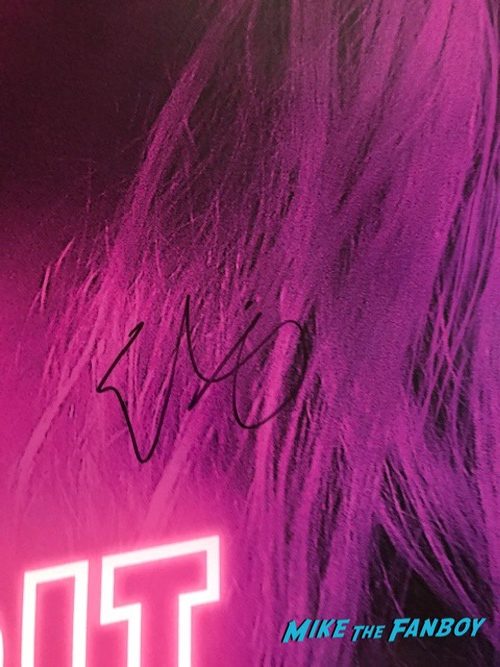