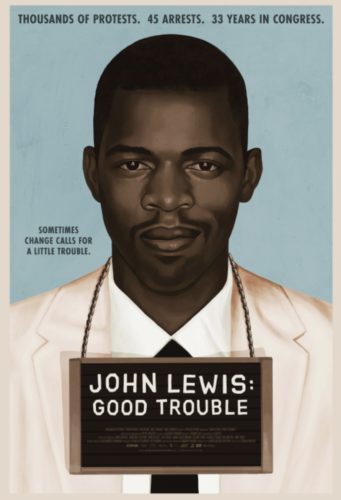 Never be afraid to stand up for injustice. For over 60 years, John Lewis’ activism has shaped the hearts and minds of countless generations and Dawn Porter’s documentary “John Lewis: Good Trouble” hopes to inspire some more.

John Lewis has been at the forefront of social activism for over six decades. Being heavily involved with the 1963 March on Washington and playing key roles in the Civil Rights Movement, John Lewis has continued and maintained a prominent role with social activism. Now 80-years-old, director Dawn Porter examines Lewis’ childhood and how his experiences inspired him to become such a prominent political figure. 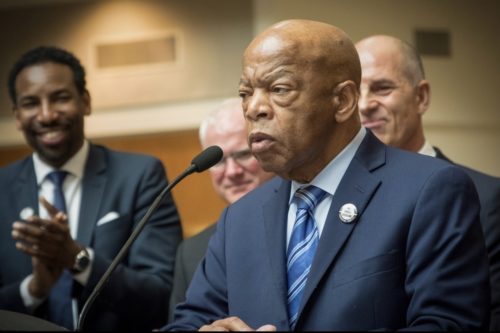 John Lewis is a legendary figure and one of the few prominent African-Americans from the Civil Rights movement not assassinated in their prime. However, he has never stopped fighting. Lewis’ legacy continues capturing and inspiring individuals all across the United States with younger generations finding hope to keep fighting the good fight. The legendary legislator has had an impressive and awe-inspiring life, but “John Lewis: Good Trouble” trips up too often instead of delivering the documentary we deserve. John Lewis’ towering presence and consistency throughout the past 60 years has been a marvelous mainstay in politics. However, there’s not enough excitement and entertainment revealing much more than the surface level for the legendary figure in this dreary documentary.

It’s always challenging covering a famous figure most viewers think they know and presenting powerful moments in new ways. One of the best aspects of “John Lewis: Good Trouble” is the rare archival footage and watching Lewis discover unseen photos from his perspective. Those are some magical moments, but it lacks the true wallop worthy of John Lewis over the entire 90 minutes. Seeing contemporary congressmen compliment Lewis like newcomers Alexandria-Ocasio-Cortez, Rashida Talib and Ayanna Pressley, it’s amazing realizing and recognizing the impact John Lewis has made in America with the current crop of politicians. Prominent politicians like James Clyburn, the late Elijah Cummings (the film is dedicated to him), President Bill Clinton and President Jimmy Carter consistently praise Lewis, which just goes to show the immense impact he has had in American politics. Talking heads and interviews are great, which could’ve been the entire movie, but beyond that its fairly lackluster despite the intriguing subject matter. Sadly, it’s a forgettable film that doesn’t dive deep enough. 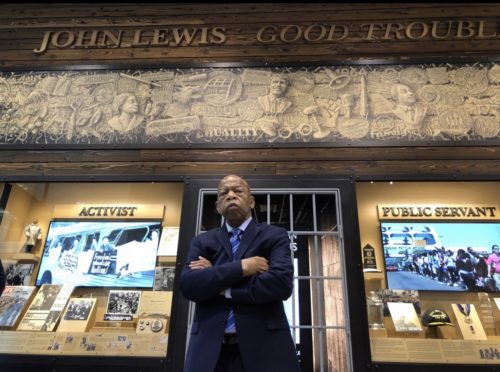 The bravery during Bloody Sunday shouldn’t be dismissed or downplayed, but there were so many more extraordinary events, which played pivotal roles in shaping the Civil Rights Movement. The documentary does its best to capture those moments, but can’t quite clear the hurdle without feeling familiar. Lewis beautifully boasts he has been arrested 40 times during the Civil Rights era and five more (so far) during his time in Congress. Courage certainly characterizes Lewis’ activism, but the film doesn’t explore his political career enough and presents a more one-dimensional perspective. Dawn Porter passes up the opportunity to dive deeper and maintains a simplistic style similar to “RBG.” There’s no guts and glory. Unfortunately, “John Lewis: Good Trouble” comes across as a run of the mill documentary and average at best with a few shining moments. As the title suggests, it’s a good subject matter, but is it really worth the trouble of seeing?