I’m officially convinced that celebs in the UK are nicer than here in the states. Seriously! After reading James recap of the Anchorman 2 premiere, you will too! LOL…

Not only was Steve Carrell and Will Ferrell super nice but James met pretty much then entire news team! Not bad… Not bad at all!

Stay Classy, London. Now, I know London gets rather a lot of premieres, and that’s great, but it’s not often there’s a premiere that I’m as excited for as I was for that ofAnchorman 2: The Legend Continues. This worried me slightly; the last time I was this excited for a premiere was The Hangover 3, and that turned into a bit of a nightmare. With Will Ferrell, Steve Carrell, Paul Rudd, David Koechner, Christina Applegate, James Marsden and Meagan Good on the guest list, it seemed too impossible for it to go to plan. I’ve had rubbish luck in the past with Will and Steve, and I had a gut feeling that would continue tonight. 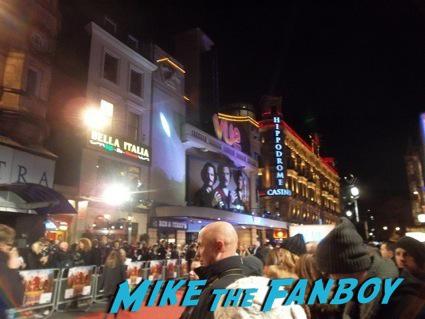 I arrived in Leicester Square to a fairly nice looking set up, and a rather appropriately burgundy coloured carpet. After what felt like an eternity of waiting the arrivals finally began in what was literally car after car; I think all the cast & crew had arrived within 3 or 4 minutes of each other. Crazy! This didn’t bode well for managing to get everyone to come over to us..

Whilst the cast were posing for pictures with the press we noticed Leslie Mann standing just waiting. This could only mean one thing, Judd Apatow was here unannounced. Awesome!! We called Leslie and she happily came over. Known for her roles in The Cable Guy, Knocked Up, The 40 Year Old Virgin, Funny People and This Is 40, Leslie was happy to sign an index card for me and posed for a photo too. Nice start! 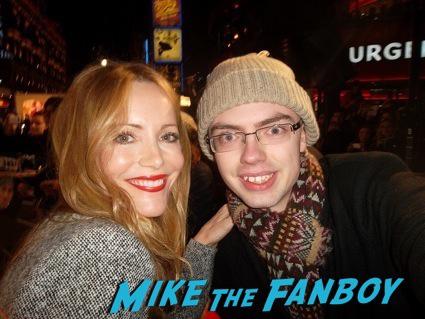 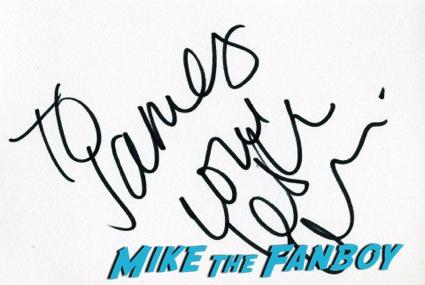 The athletics geek in me then spotted Paralympic gold medalist and double World Champion Aled Davies walking along the carpet, and although surprised to be recognized happily signed an index card and posed for a photo. I guarantee I was the only person in Leicester Square to have any idea who he was! 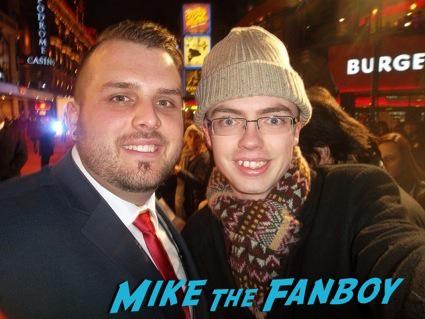 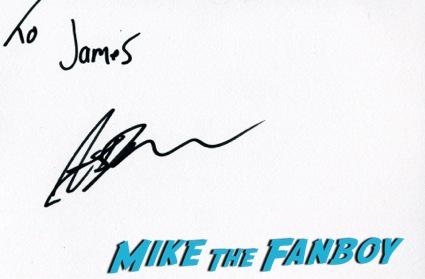 Oh, Champ’s coming over! David Koechner went along the line signing and was great, trying to get to as many people as he could despite his PA doing her upmost best to get him to go and talk to the press instead. I got an index card signed but he was too quick to either get a photo or to get my Anchorman sleeve signed. Ah well, still happy to have met him. 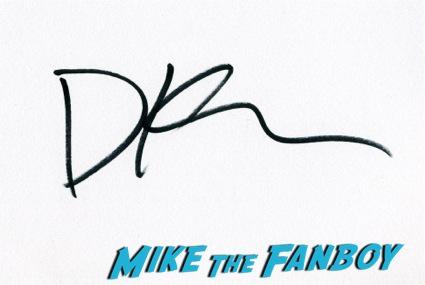 Crap there’s Steve Carrell, and he’s coming straight over. Wooop! The star of The Office, Little Miss Sunshine, The 40 Year Old Virgin, Crazy Stupid Love and Despicable Me kindly signed my autograph book and even posed for a photo with me. Super happy! Bruce Almighty is one of my all time favourite movies (strange I know), and I’ve wanted to meet Evan Baxter for rather a long time now. I’d have loved to get my Bruce Almighty sleeve signed, but Jim Carrey’s already signed it and I’d worry too much about someone going over that signature. It’s my favourite autograph in my collection, and I don’t really want to take it out of the house! 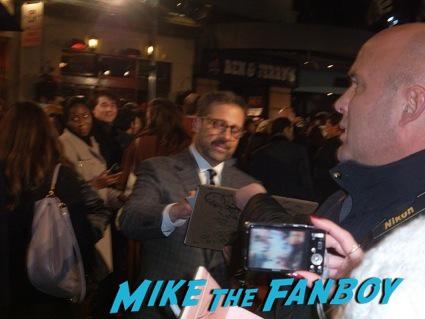 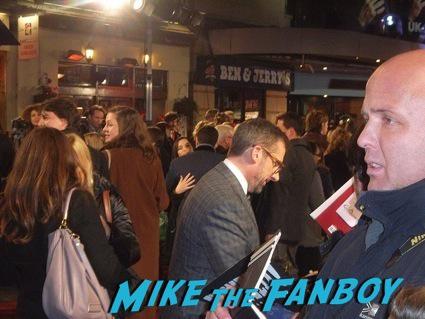 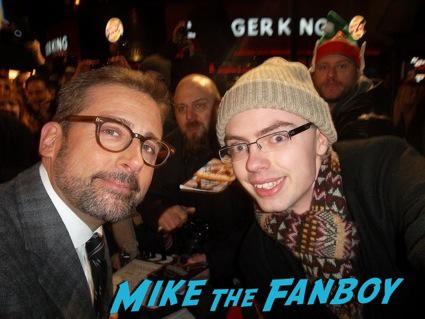 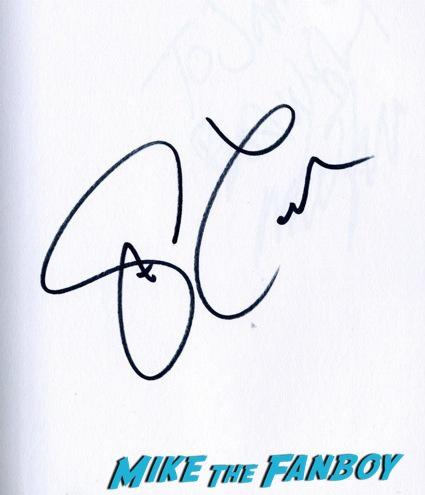 Veronica aka Christina Applegate followed, and she too happily signed an index card for me. Just as with David she was too quick to get a photo; she promised to come back after speaking to the press to pose, of course this never happened. 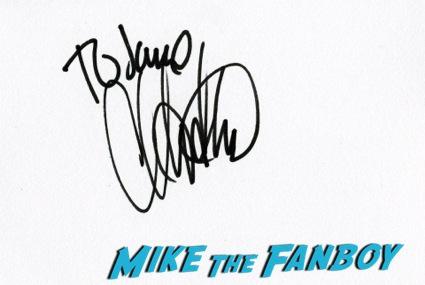 Oh, there’s Judd Apatow taking photos of Will Ferrell speaking to the press! We call for Judd, and he happily comes over. Judd’s produced (and directed) some of my favourite comedy films, including The 40 Year Old Virgin, Superbad, Knocked Up, Forgetting Sarah Marshall, Step Brothers and Bridesmaids. Judd happily signed an index card and posed for a photo too. 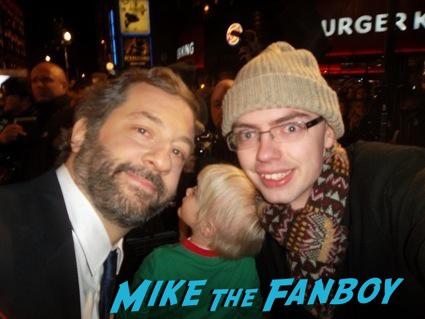 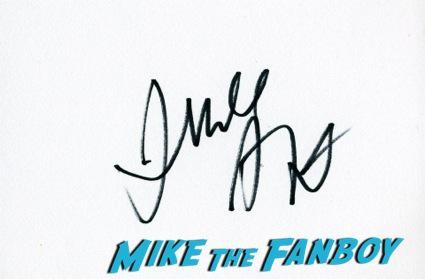 Meagan Good followed next, and she signed an index card for me. 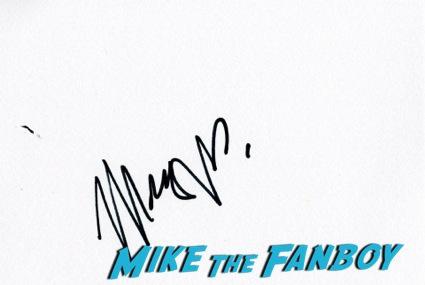 By this point we’d seen director Adam McKay a few times, and each time we called him he totally blanked us, so we gave up in the end. Seemed very strange, but even when just a couple of metres away he wouldn’t come over to sign. He did sign a handful further up the carpet, but not many. We also realized in the madness of Christina and Judd we’d missed James Marsden, but compared to the other names that wasn’t a huge deal for me. We spotted comedian and star of Miranda and Call the Midwife Miranda Hart, and she happily came over and signed an index card and posed for a photo with me. 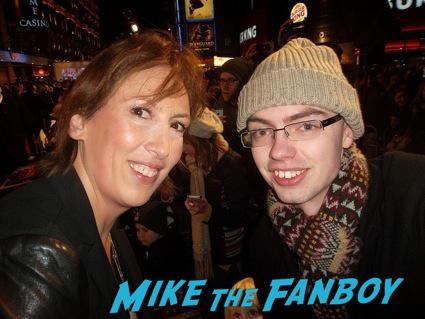 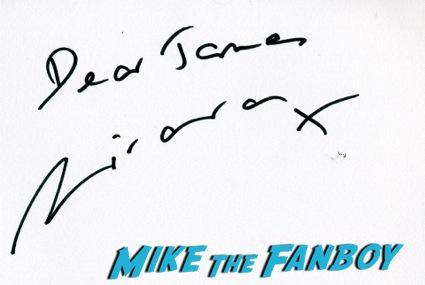 Not too long after Ron Burgundy himself came over to sign, and he was surprisingly rather friendly! I couldn’t really believe Will Ferrell, star of Saturday Night Live, The Other Guys, Old School, Step Brothers, The Campaign and of course the awesome Elfwas signing in front of me. Will happily signed my autograph book and even posed for a photo with me. Super shocked! I did have a collection of DVD sleeves on me, but in the madness and quickness of it all didn’t have time to get them out. Still, very happy! 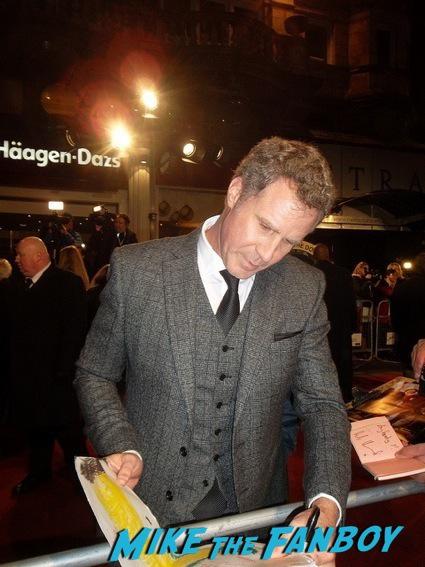 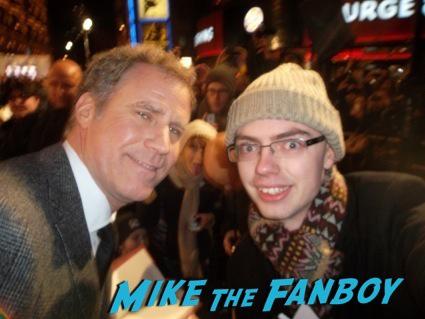 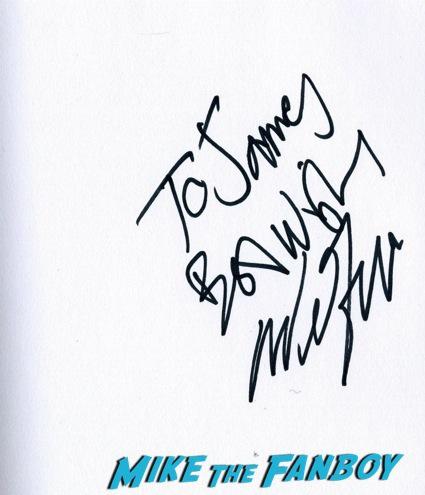 All that was left was Paul Rudd, who was opposite doing interviews. I had a gut feeling he wouldn’t be coming over to sign where we were, and I was right. He did the line of press, then ran over further down the carpet and signed a few. Going by the speed at which he did them he either didn’t sign many. Still, at this point I didn’t really mind, 4/5ths of the news team and pictures with Steve and Will. Awesome!! 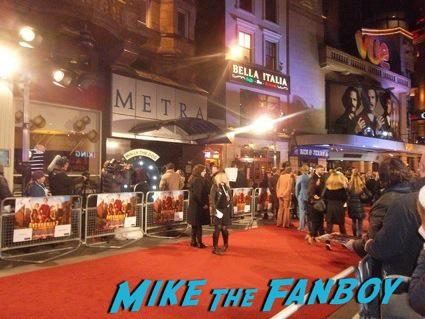