Forgiveness means more than saying sorry…
To forgive is divine, so let’s have a glass of wine,
and have make up sex until the end of time… time… time…

It’s a hard day in Hollywood. A day when the smells permeate through the air, and yet… I press on. Or, it’s a beautiful sunny day and most delightful outside. Either way, take your pick.

I headed out to the streets of Hollywood to meet Ms Annie Lennox and Ms. Anna Faris.

Now, when I arrived I was told that Annie Lennox had taped and left already. DOH! I’ve never really seen that before, a pre-tape super early.

Oh well. I have my Just Friends UK Quad mini poster I’ve been dying to get Anna Faris on. If you haven’t seen Just Friends, you are missing out. I’ve loved Anna Faris in House Bunny, Scary Movie, etc… but she kills it in Just Friends…

There were about 25 people here for Anna Faris and everyone was lined up. I got to see Paul, Mike, and I talked to Tim for a bit. Paul gave me a couple Annie Lennox photos he didn’t get signed. lol.

Scotty called and I talked to him for a bit while we waited. It was actually a pretty long wait. Apparently, Anna Faris was taping a skit or another segment after the show was over.

Two of the other guests Jeff Van Gundy & Mark Jackson came over and greeted everyone. Very nice. I didn’t have anything for them, but they were really cool. 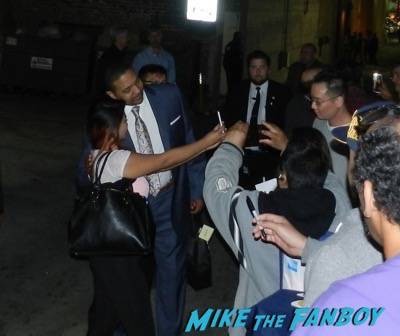 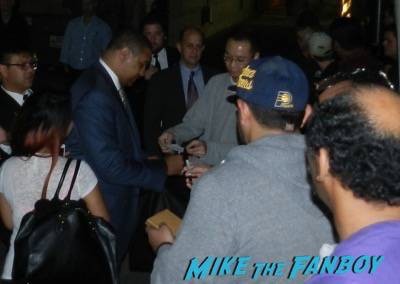 And then we continued to wait… and wait… and wait. I was starting to think that Anna Faris left out the front or the side or beamed out.

But then, one of the security guards came out and got everyone in a line. And out she came. We didn’t even have to yell for her! 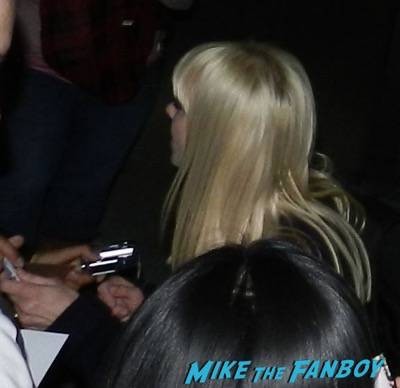 Anna Faris was so sweet. Thanking everyone for waiting and even apologizing for the wait. She really took her time with everyone, taking photos, signing stuff, even chatting with people. 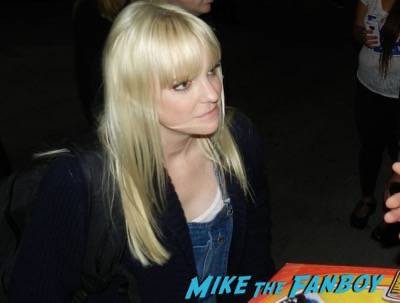 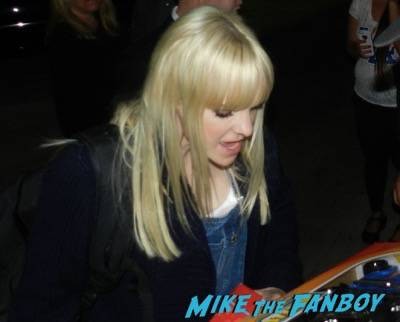 Anna Faris’ publicist tried to rush her along but she didn’t seem to listen, which I love.

When it came to me, Anna Faris looked at my poster and I said, “would you mind writing Forgiveness is more than saying sorry” and Anna Faris goes, “Oh my God, I’m so glad you know that!” I told her I quote this movie all the time and I could probably sing the song. And then Anna Faris proceeded to write out the song for me on the poster. OMG, I almost died! It looks awesome! 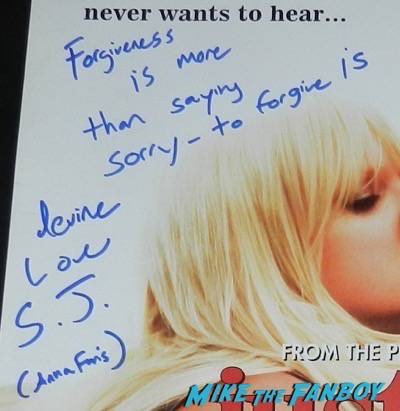 She then was about to go to the next person and said, “Oh wait I didn’t sign it!” and came back and added he signature in brackets!” So stoked! 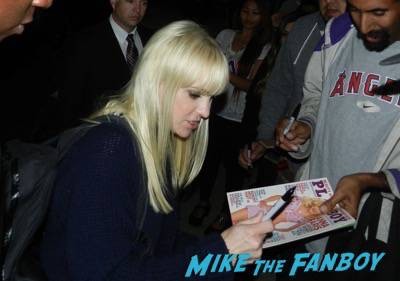 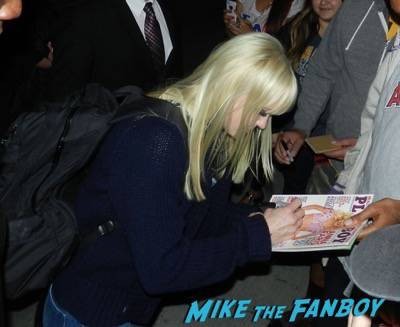 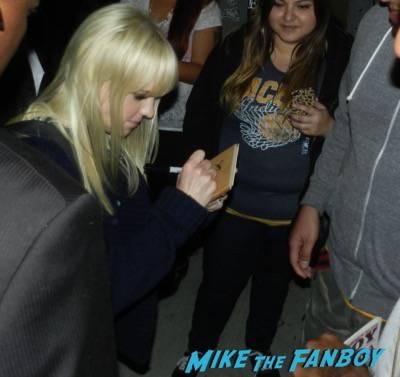 She went down the line and thanked everyone again. Seriously, over the top awesome.

I went home and watched Just Friends again, that’s how excited I was! 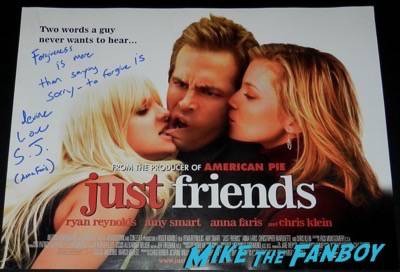