There are several television shows that I keep hearing are “Must Watch.” I think it’s true that we are living in a golden age of television, the amount of amazing, quality programing right now is an embarrassment of riches. Which is why it’s become easier and easier to dismiss shows that you may have missed.

One of those shows is Lifetime’s Army Wives. Following the death of their friend, Claudia joy, the tribe must now pick themselves up and rise up from the tragedy. This season several new recruits join the cast including Brooke Shields as Kat Young. Several storylines intertwine this season as Joan gets pulled from active duty, Gloria is going through a divorce, and Roland debates about taking a new job. 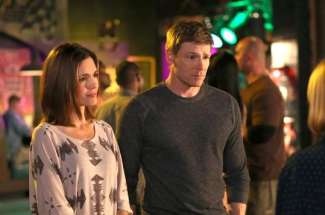 The fact is, this is season 7… The best shows on television get a little stale at this point in their run, Buffy The Vampire Slayer suffered, Roseanne suffered, it sadly happens. It’s to the writers and producers credit then that this season still feels fresh and the characters become more and more well rounded individuals.

Anytime a series says goodbye to a major character, no matter what the reason requires a period of mourning and while it may not be the best thing for ratings it’s important not only for the characters but the audience as well. 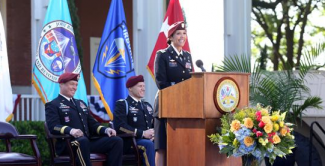 The new characters do take a bit of time to jell into the full mix of the tribe. The most difficult for me was the addition of Brooke Shields. She has never been the most… diverse actress and here her weaknesses become more apparent with the tight knight ensemble. Still, the other actresses more than pick up the slack. In particular Catherine Bell and Kelli Williams have some outstanding scenes this season. They really up their game and deliver some tremendous emotional punches.

The new cast members do take a little while to get used to however, by the final episode of the season they acclimate nicely into the tribe. Torrey DeVitto as Maggie Hall is my favorite of the new cast and Elle McLemore as Holly Truman is excellent as well. 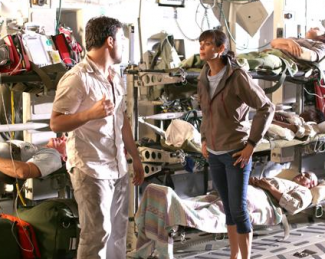 Army Wives The Complete Seventh Season is sadly lacking a lot of bonus features. However, there are some nice deleted scenes and a fun blooper reel. I’ve said it before, but even though these are fairly standard special features at this point, I still love the fact that they are included. Blooper reels, even when mildly amusing are still fun to watch.

Overall, if you have never checked out Army Wives, I would try and make a point of doing so. Army Wives The Complete Seventh Season is available now on DVD! 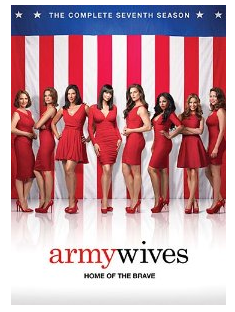