Historical fiction seems to be all the rage these days, from hit series like Vikings, The Borgias, and to a lesser extent Spartacus and Da Vinci’s Demons, shows based on historical elements are everywhere. Taking pieces of history and either telling the tales or using them as a basis for “historical fiction” have been popular for a while and audiences clearly have taken a liking to the semi-new genre. It’s interesting then, that this genre seems to bring the female characters to the forefront, when in history those same people are often relegated to the background. It seems that finally some of these people are finally getting their due and mark on history sometimes hundreds of years later. 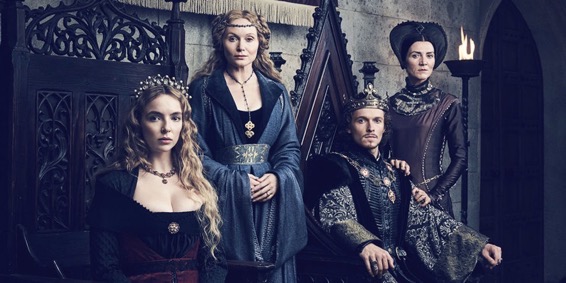 The White Princess, out now on Blu-ray, is the semi-sequel to the BBC’s The White Queen. None of the original actors have returned to the series, but that doesn’t stop the flow and hear of the Starz show.

Elizabeth of York (Jodie Comer) was in a relationship with Richard III, after Richard’s demise, Elizabeth is betrothed to King Henry VII (Jacob Collins-Levy) even though they both can’t stand each other. Richard III was Henry’s nemesis and even though he won the battle of Bosworth and vanquished Richard, Henry  knows that Elizabeth will always side with her past lover. 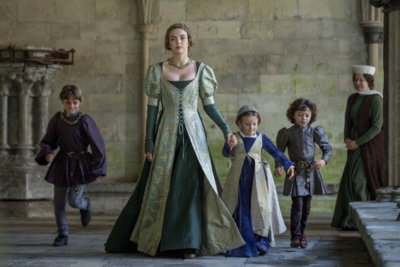 That a large hurdle for any relationship to get over, but these are not modern times and marriages were not made for love, or even like, they were done for alliances and joining houses together. Elizabeth of York’s mother, Elizabeth Woodville (Essie Davis) is behind the scenes trying to control the power struggle between the two fractured houses. She’s trying to look out for her daughter’s interests and keep the family safe from harm. It’s as if the male characters exterior power holds no balance to the shenanigans behind the scenes. I love that twist and think it is a unique look at history, how much of it is true is questionable, but it makes for great television. 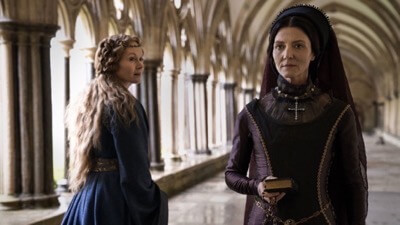 A historical soap opera feel descends upon The White Princess at times. The Mother-In-Law power struggle, the will they or won’t they aspect, can I love the enemy or my former lover? Things like that. As the series states, it’s not necessarily historically accurate but rather an imagining of what happened. That’s to be taken quite literal, as history seems to take a back seat to drama.

I found myself really enjoying The White Princess, however. Each episode had its own progression and while it’s not Game of Thrones it’s very much in the same vein. The way that the female perspective is brought to the forefront and how the female characters, who really have power in title only, manage to carve out their own niche of sorts. Elizabeth is a compelling character and Jodie Comer is very good at holding the series together, which is not an easy task. 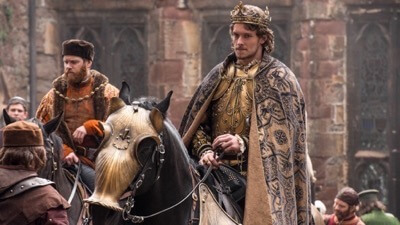 The White Princess arrives on Blu-ray in a fine transfer thanks to Lionsgate and Anchor Bay. The fine details look great and the high definition transfer really accentuates the opulent set decoration. All the costumes look amazing, and one can see all the details that went into their design and texture. It looks remarkable. The outdoor scenes look stunning as well and the picture depth here is really amplified as well. 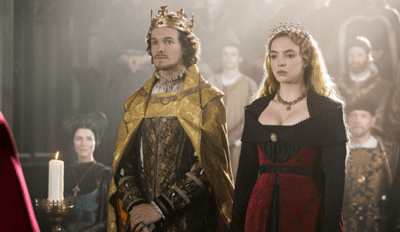 Overall, I was very surprised at how much I enjoyed this series. It’s a perfect time to check it out with Game of Thrones on a lengthy hiatus, especially if you missed the series during its original run on Starz. The performances are great, the landscapes lush, and the drama turned up to ten. Historically speaking you may not want to base your next high school paper on what happens here, but if you don’t put too much emphasis on that, you will really enjoy this series. Very much recommended.

The White Princess is out now on Blu-ray!