Home / Derek • Reviews • Walking Dead / The Walking Dead Season 7 Episode 10 Review! Derek Says, “Are The Scavengers Like The Ewoks From Return of the Jedi?”

“The Trash Heap has Spoken MYEEEAH! 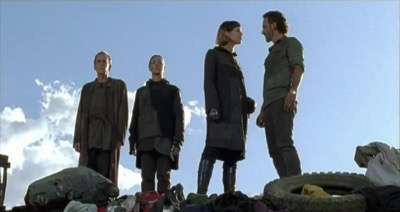 For those of us wondering what was the reason behind Rick’s (Andrew Lincoln) big smile during the ending of the last episode, we got our answer and its The Scavengers. A large self contained group of quiet, junk yard dwellers. But Rick needs help in his fight against the Saviors, so he makes a plea with their soft spoken leader Jadis (Pollyanna McIntosh), who definitely has a Yoda thing going on, to join them. Naturally though, a certain amount of trust is needed before adding strangers to a group. So to prove he’s on the level Rick is thrown in to a pit where he has to tangle with a walker named Winslow covered in a large spiked helmet and several more coming out of its body. But while it was fun to watch Rick fight against something that looked like it came out of Resident Evil we still knew he would win. With that Rick puts his offer up to Jadis asking what they still want to convince them and she asks for, “Guns. A lot.” Now I know that the more bodies the better but how sure are we these people can fight anyways? They sure just look like malnourished homeless people to me but I guess maybe they’ll surprise us. I could see them being like the Ewoks from Return of the Jedi and coming in later on in the fight to deliver that crushing blow of reinforcements. Either way they’re quite amusing in how they seem to have their own strange language, and the mysterious Jadis who pretty much keeps Rick and Co. in the dark about how much they can actually be trusted. We do finally find out they were the mysterious boots that we saw at the boat salvage scene and who broke into Alexandria at the mid-season finale. Nice to know Father Gabriel (Seth Gilliam) wasn’t turning into even more of an unlikeable character and that he was actually taken against his will. He really had a stand out moment in this episode when he delivers his own motivational speech to back up Rick’s plea to join them. 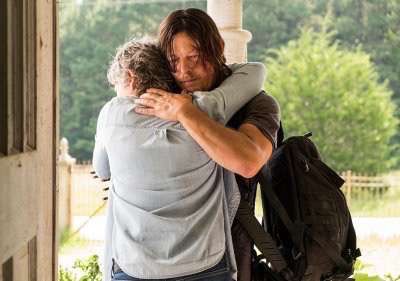 Back over at The Kingdom Richard (Karl Makinen) is still trying to push his campaign to get Ezekiel to fight against the Saviors. His plan is working with Daryl (Norman Reedus) to start taking out the Saviors on their own and that will lead them back to hurt innocent people and hopefully convince Ezekiel (Khary Payton) to see his viewpoint. Daryl is all with him on it until he realizes Richard’s plan is to lead them back to Carol (Melissa McBride). Richard tries to pass her off as collateral damage for the greater good but obviously Daryl isn’t going along with that. While I understand Richard’s desperate measure to get his way this is not a turning point I like for his character. And I was really liking him! I hope he sees the error of his reasoning after this. 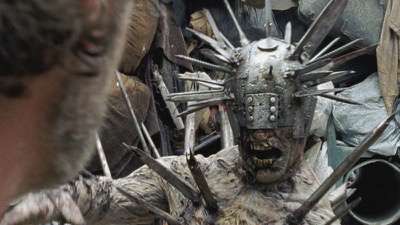 With this new revelation Daryl seeks out Carol and we get that sweet reunion we’ve all been waiting for (well you BETTER have been). The look on her face has raw emotion spilling out as she sees him for the first time in ages. It is something we’ve seen between characters many times before but it never gets old. And as much as he’s obviously so happy to see her, Daryl comes off so hurt when he asks “Why’d you go?” And her look of remorse, but also the fact that she knew inside she didn’t have a choice, tells it all as she replies “I had to.” When she asks if everyone is okay back in Alexandria he tells her everyone is fine but holds back the information about all the people they’ve lost. What feels like would’ve been the key moment to get Ezekiel to support their fight against the Saviors is held back because Daryl sees the mental state she’s in and knows it’s better to shield her from the terrible reality they’re in to keep her safe and in a better place. Because we didn’t like Daryl enough already! 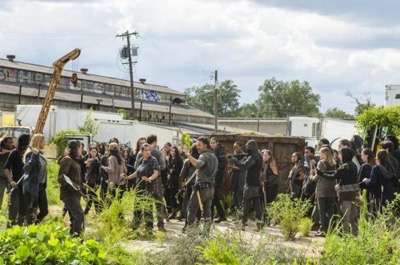 In closing it’s hard to say what’s going to happen now. I’ve said it before and now it seems even more obvious but Tara (Alanna Masterson) is going to have to go to the Oceanside group to ask for their help in getting some guns. But I can’t see the fight to retaliate against the Saviors ever going forward unless they get the help of the Kingdom. And why is Rosita (Christian Serratos) such a bitch lately? I’ve loved that girl the whole series but damn this whole bitter and angry woman thing is annoying! Plus we all LOVE Jerry (Cooper Andrews) right?! He can’t be killed. It will be unforgiveable. Take note Scott Gimple! 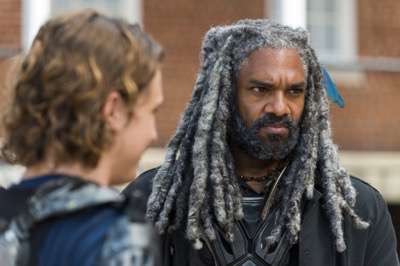