Home / Reviews / The Peanuts Movie Blu-ray Review! Does The Film Capture The Wonder And Excitement Of The Classic Comic Strip?

When it comes to childhood icons, there are few like the characters from Peanuts. Charles Shulz created a world full of childhood nostalgia mixed with wonder. Personally, I’ve always loved Peanuts, characters like Snoopy, Charlie Brown, Lucy, these are all people I’ve spent my childhood with. So, when I heard that Peanuts was getting the big screen treatment I was a little more than skeptical. 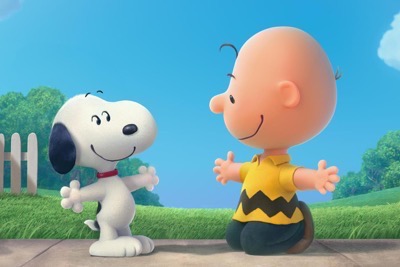 I’m so happy, then that The Peanuts Movie, out not on Blu-ray, is one of the best animated films I’ve ever seen. It perfectly captures the comic strip in ways that I really didn’t think was possible in this modern age.

It’s a snow day, the kind of day that kids pray for in the midwest. All the Peanuts gang is excited, Schroeder and his piano, Lucy helps Linus “wake up” and of course Charlie Brown decides that this is the day he’ll finally fly that kite… in the snow. In typical Charlie Brown fashion he fails miserably and slides through the frozen pond in a hysterical sequence that you’ll recall from various Peanuts outings. 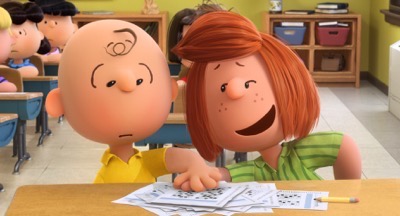 The smartest thing the director and writers did was introduce various Peanuts staples in the first few minutes of the film. There were no cel phones, no texting, no updating of the classic strip, instead we saw Charlie Brown trying to fly a kit and just being a kid. It was the perfect way to assure old fans that this was not going to break the mold but rather bring the Peanuts strip to life. 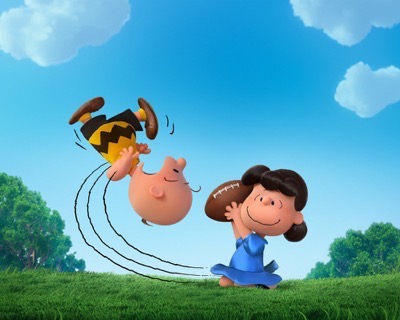 You might say that these are cliche’s but to be honest they way in which they are presented feels shockingly unforced and fresh to fans old and new. Lucy has her advice booth, Snoopy battles the Red Baron, even that old football makes a cameo appearance at the end, and yet… It feels new!

The Peanuts Movie’s central plot deals with a certain Little Red-Haired Girl and her arrival in the neighborhood where she lives across the street from Charlie Brown and Snoopy. Charlie Brown has an instant crush on her and we see the various ways in which he tries to make a good impression. Of course he fails miserably, but his heart is always in the right place. Whether he tries to help Sally out in the school talent show, which was downright hilarious, or he admits that a switched test isn’t his, Charlie Brown always does the right thing. 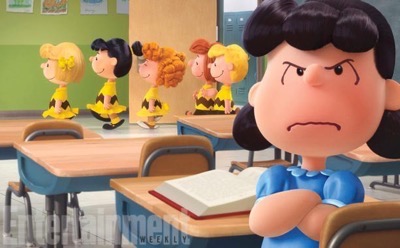 We also see Snoopy’s fantasy of being a World War I flying ace who is battling the skies with the Red Baron, which he dreams up after finding an old typewriter. Again, as an interesting side note, he finds an old typewriter, not an I-Pad or a tablet, everything in The Peanuts Movie is inline with the classic cartoon strip and it’s simply wonderful. 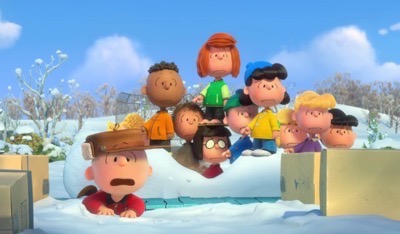 Each of the characters are given a moment or two to shine and Peppermint Patty is awesome in particular as well as Sally, who is everyone’s younger sister. Woodstock is even given his time with Snoopy in several hilarious bits during the World War I flying ace sequences. I wish I could come up with something that wasn’t on point, but you can tell that this film was done so lovingly and so true to the comic strip, one can’t help but sit back and smile when watching it. 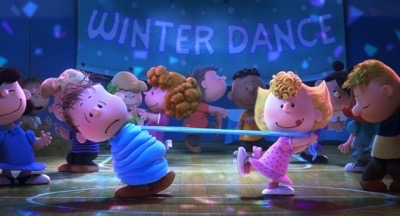 The Peanuts Movies arrives on Blu-ray in a fine transfer thanks to the folks at 20th Century Fox. The animation looks stellar in high definition, you can see the fine strands of hair in Lucy’s upswept do and even the blades of grass in the fields. The best thing about this transfer though is that the bright colors pop but also the more muted soft tones and pastels are allowed to subtly aid in the storytelling structure.

Bonus Features available on the Collector’s Edition are plentiful and the set I received even included an adorable stuffed animal of Snoopy! 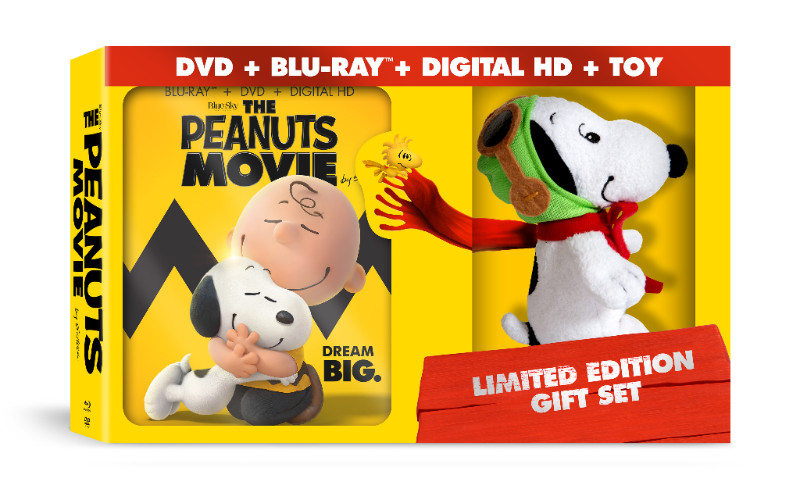 Snoopy Snippets – This has some brief clips of Snoopy, and it runs just over two and a half minutes.

You Never Grow Up, Charlie Brown – It’s a great making of featurette that offers interviews and a glimpse behind the scenes.

Snoopy’s Sibling Salute – Which shows Snoopy’s relatives that show up in cameos in the movie.

Learn To Draw – There are three features which show how to draw Snoopy, Woodstock, and Charlie Brown.

Get Down with Snoopy and Woodstock Music Video – This is the music video from the film.

Meghan Trainor music video and Lyric Video – The video and lyric video for the hit song. There is also a behind the scenes featurette as well.

Snoopy’s Playlist – This has all the musical moments in the film that you can group play or choose them individually.

There is also a gallery feature with concept art and more, as well as all the different trailers for the film. 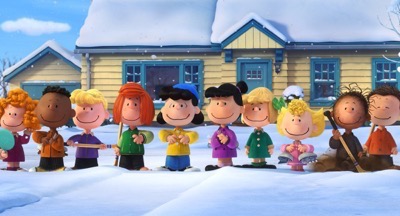 Overall, I really can’t tell you how pleased I am with this movie. It’s the best film that the Peanuts gang could have hoped for. It takes the traditional Peanuts elements and makes them fresh and new, as well as introduces them to a new generation. I can’t recommend it enough. 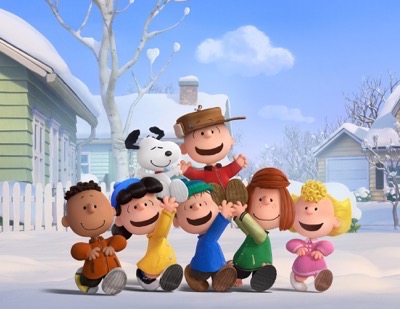 The Peanuts Movie is out now on Blu-ray!