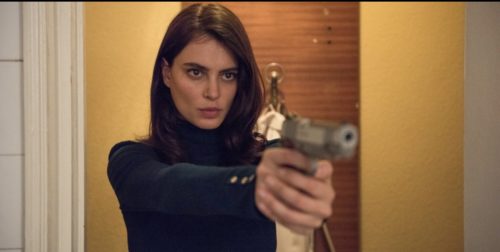 Bucharest police inspector Cristi (Vlad Ivanov) embarks on an adventure with the gorgeous Gilda (Catrinel Marlon), but not everything is as it appears. Cristi is playing both sides of the law after being recruited for a high-stakes heist with twists and turn after every corner. Upon arriving at the Canary Islands in preparation of the job, Cristi must learn a secret whistling language, El Siblo, which in essence uses Morse Code to communicate.  Whistling might be the best secret weapon to pull of their improbable job… if everything goes to plan. 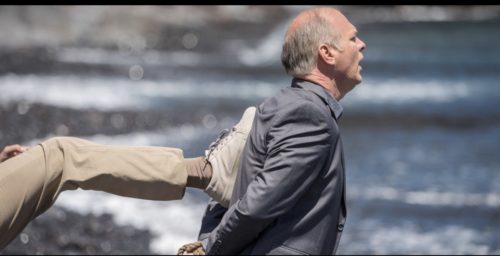 “The Whistlers” captivated audiences at the Cannes Film Festival with its sleek style and continues to translate into any language with this fun foreign thriller. ”The Whistlers” provides a mesmerizing movie experience by conducting a multilingual movie in the most unconventional way with Romanian, Spanish, English and the El Siblo (whistling) languages being utilized throughout. Using whistling as a primary plot device and style of communication it creates a cool concept that immediately grabs your attention. You can’t help, but wonder what else is possible?

Immediately I found myself fondly reminiscing about some of the most iconic whistling film scenes of all time, especially Lauren Bacall and Humphrey Bogart in “To Have and Have Not” when Bacall asks, “ You know how to whistle, don’t you Steve?” Even the menacing whistling by Peter Lorre’s child murderer in “M” makes an immediate impression by creating a lasting cue and generating an expressive emotional state throughout the film. However, the whistling device didn’t only help make movies memorable, but created a famous Marx brothers’ persona. After being told his voice ruined a play, Harpo Marx adapted his now iconic silent persona of using props and only communicated by whistling for every character becoming synonymous with this unique style. Heck, three of the most iconic themes and songs are comprised almost entirely of whistling playing pivotal roles in “Kill Bill,” “A Fistful of Dollars” and “The Andy Griffith Show.” Honestly, the execution of whistling makes this aspect alone worthwhile to watch “The Whistlers” as it creates a fascinating examination with language and is excellently executed thanks to an impressive cast. 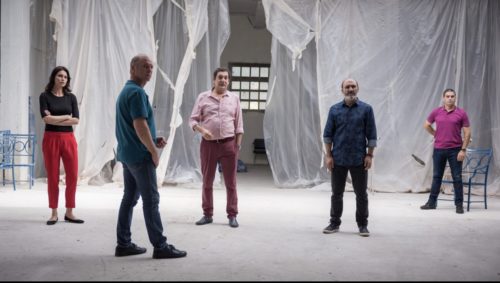 By far the best surprise might be Catrinel Marlon. She makes an immediate impact as the femme fatale archetype initially physically reminding me of Gemma Arterton and Olga Kurylenko while pretending to be a high-end escort. However, her initial physical prelude to a sexy seduction offers more substance than the aforementioned actresses and creates a well-rounded, remarkable character as the film progresses. It’s only complimented by Vlad Ivanov who also enhances the slow-burn style audiences have become accustomed in Romanian cinema. Ivanov and Marlon are an instant classic cinema combo.

Throughout the film, the quick cuts create an amazing and entertaining indulgent illusion. It’s confusing at times, but this stylized thriller more than makes up for it as a fun, fresh noir worth discovering. The captivating characters grab your attention with a consistently compelling storyline despite coming across as deadpan droll from time to time. Honestly, if you don’t buy into and appreciate the whistling aspect it will be impossible to enjoy. Now pucker those lips and blow some air. It’s whistling time!