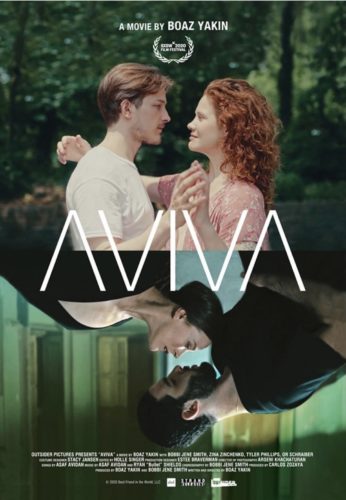 Breaking the fourth wall, Aviva (played primarily by Zina Zinchenko and at times by Or Schraiber) is a young Parisian who develops a transatlantic relationship with New Yorker Eden (primarily Tyler Phillips and at times Bobbie Jene Smith). After an extensive courtship through texts, emails and eventually calls, the dynamic duo develop into a more meaningful relationship once they meet. By constantly expressing each other’s masculine and feminine sides, their tumultuous relationship remains enriching and exciting.

“Aviva” persists as a fantastically, fresh film focused on the remarkable restless nature of love. Boaz Yakin’s illuminating and immersive story comes to life through vivid dance sequences in a refreshingly raw love story unlike anything you’ve seen. The sleek sexiness oozes from scene to scene with captivating choreography seamlessly incorporated into a timeless, universal story about love. “Aviva” astonishes the viewer one frame at a time with its terrific techniques.

It’s a dazzlingly yet daring unorthodox stylized story with sublime shapeshifting occurring before your eyes. The best way to describe the incredible interwoven style of this unique “double cast” might be best described as a combo of Luis Buñuel’s “That Obscure Object of Desire” and Todd Solondz’s “Palindromes” with multiple cast members portraying the same character and their differences never acknowledged. “Aviva” captures the same spirit of “The Obscure Object of Desire,” switching back and forth inexplicably with its actors. Either you will love the film device or detest it immensely. The genius gender-swapping shines a light on the fluidity and flexibility of relationships, but not without leaving viewers frustrated trying to absorb the story. Despite the unique approach, it does get tiresome. 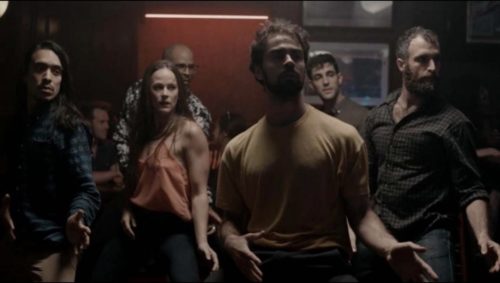 Now normally nudity would never be something I address, however it’s hard to overlook the amount in “Aviva.” Before watching think UNRATED and NC-17. I’m all for anything artistic and natural as long as it’s not “art for the sake of art,” so be warned. Frequently, there is full frontal nudity of both men and women throughout “Aviva.” Although done in a tasteful manner, the nudity displayed is done artistically and aesthetically apropos without coming across as gratuitous despite the frequency. Much like the captivating choreography seamlessly spliced into the movie, the nudity naturally fits into the storyline. For most viewers it will be too much.

Overall, Boaz Yakin’s youthful yearning through the eyes of Aviva and Eden is a marvelous movie experience. It’s a revolutionary relationship movie at heart with its genuine, gripping assessment of love. Cinephiles will react remarkably to the exciting European style and anyone willing to appreciate how dance demonstrates our true expressions in life. “Aviva” is a profound, progressive and the most daring film of 2020.

Originally scheduled to premiere at the 2020 SXSW Film Festival, “Aviva” is currently streaming with virtual theatrical experiences with select partners in New York and Los Angeles before a nationwide rollout.