My fellow degenerates… how are we doing today? Now most people in the autograph hobby love collecting certain categories. For me I love collecting entertainment autographs, especially writers and directors whenever there are chances as they’re usually the unsung heroes often overlooked at premieres and Q&As.

Recently, one of my good friends suggested we check out a book event with Academy Award winning screenwriter, Dustin Lance Black and I jumped at the chance. Considering how quickly he shot to fame with his award-winning script, “Milk,” I figured it would be interesting to see what he was up to nowadays.

The event took place at the First Congressional Church of Los Angeles near Koreatown and found the event very interesting. During introductions by one of the ministers, we learned the Gay Men’s Chorus of Los Angeles resides and practices at the same church, which was very intriguing although in the bigger chapel. Eventually, after learning about the venue and collaboration with Book Soup, moderator and “Advocate magazine writer Jeff Masters was introduced alongside Dustin Lance Black. 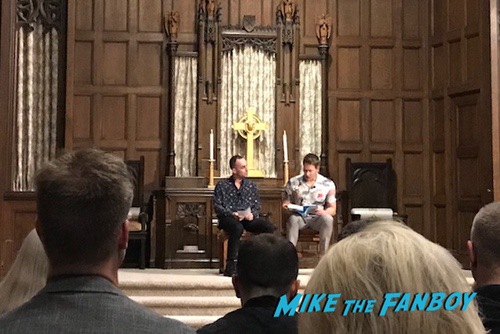 The Q&A and reading got off to an auspicious start as the microphones weren’t working properly. To be honest, it was frustrating and detracted from the event. Eventually, they managed to get working mikes for both the moderator and Dustin Lance Black, who initially read from his book. Since most people in the audience hadn’t read the book, the moderator asked almost all the questions sans three audience questions which were previously submitted prior to the event. The moderator should always find a way to spin and motivate more book sales in events like this, but unfortunately he came across as someone who 1) Had an agenda and 2) Probably didn’t read the book, which was agreed on by my friend afterwards.

Dustin Lance Black finished and the signing line would form after a table was brought up. A gentleman jumped up and hovered in front of Dustin, who appeared to know him, until the table was literally placed down in front of Dustin. However, everyone created multiple lines until event staff sorted us out to create one line. Luckily, I managed to get a better spot and my buddy joined me going first. We joked about being hungry as the event was delayed and (practically) everyone in front of us asked a question and/or took a photo with him. 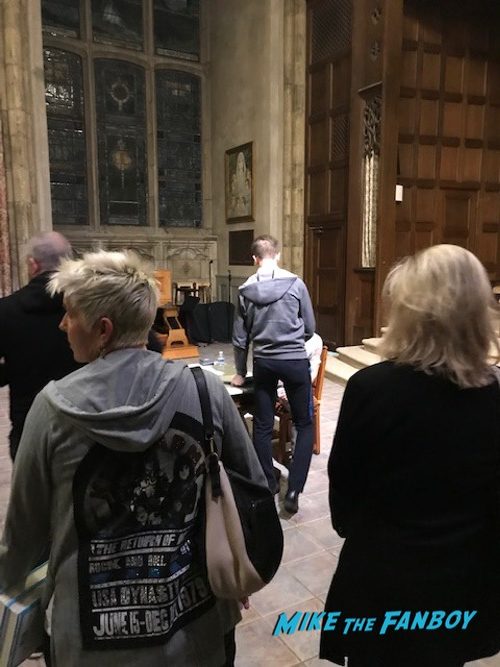 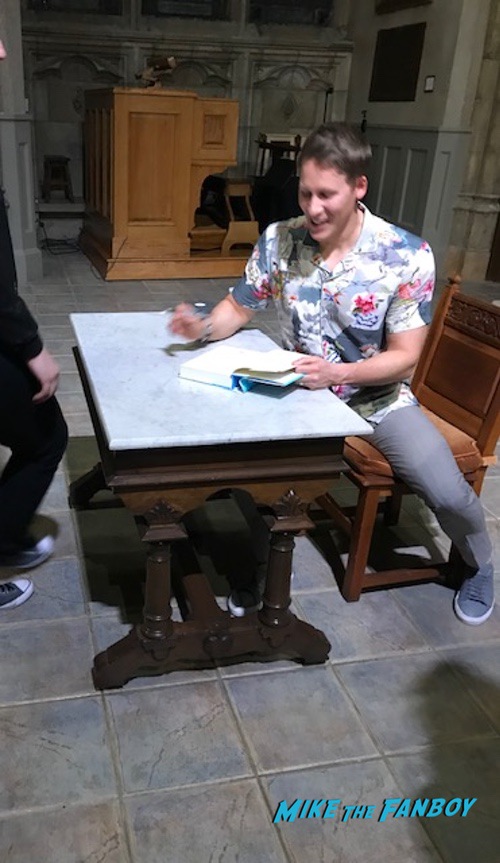 I have to say Dustin Lance Black was super accommodating with everyone. I brought along my DVD copy of “Milk” and debated if I should ask considering he only had a pen & no one asked for any other item to be signed. Rest assured I always bring a sharpie just in case as I’ve had items ruined beforehand and mulled over whether or not to ask as “I don’t want to be that person.” Since I’m in the first 20 people I’m able to see every interaction and gauge the situation. Luckily someone asks for something else to be signed a few people in front of me and I say, “What’s the Worst That Could Happen?” 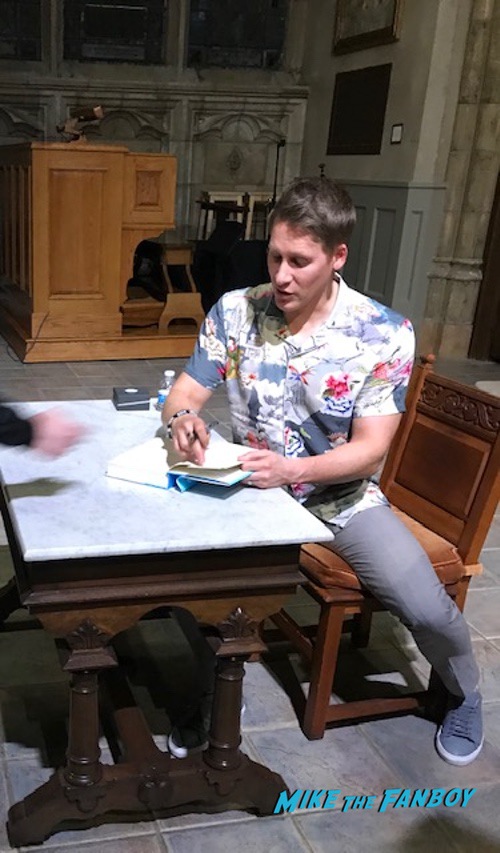 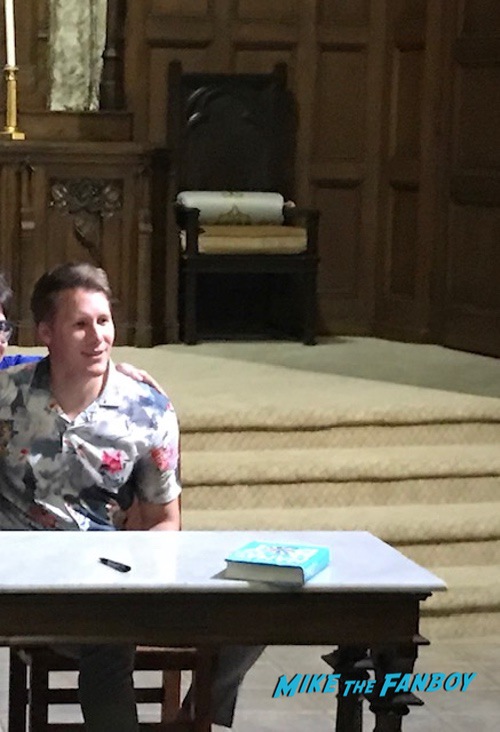 My buddy decides to switch places as he wants to ask Dustin a question and I gladly oblige to go first while he finishes formulating how to ask his question. When my turn comes up Dustin extends out his hand and I give him a firm handshake, which he compliments and thanks me for coming out. I told him how amazing “Milk” was and all the activism he has done putting his career on hold to do so was remarkable. Considering I was probably one of the few straight people attending, he appreciated and complimented my the feedback from a different perspective as I rambled on. Afterwards I asked if he would mind signing my copy of “Milk” and he graciously said not a problem. Hilariously enough Dustin attempted to pull out the DVD cover, but realized it was already ready to go, which I found very sweet he was actually considerate not to sign on the plastic like most celebrities would do and took my sharpie. He signed it beautifully and once again thanked me for coming to the event. My buddy got to ask him a question and got a picture with him before we called it a night to grab some Korean BBQ. 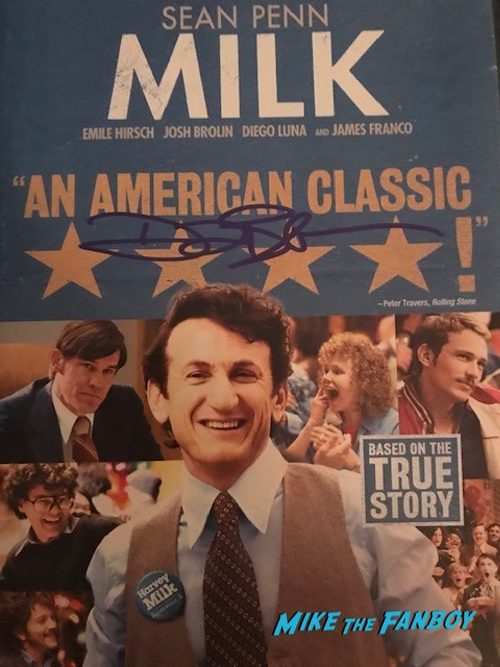 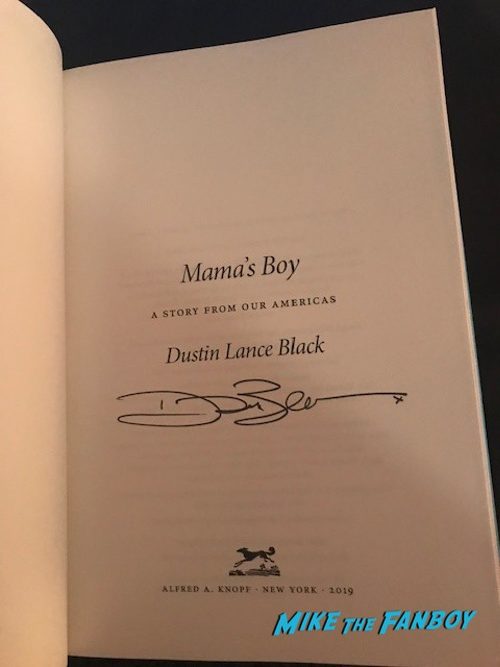