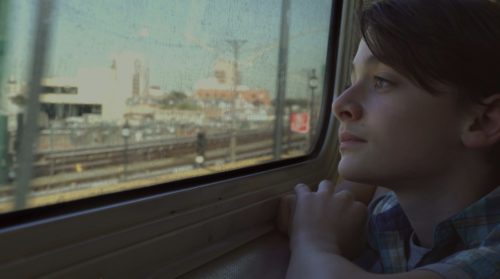 Stranger Things are afoot in the kitchen. Despite a strong performance by Noah Schnapp, more cooking classes are needing to salvage this DVD dish.

Aspiring chef Abe (Noah Schnapp) attentively cooks creative dishes and hopes his skills inspire others. Despite barely being twelve-years-old, his family fawns over his cooking nonstop, but bickering constantly consumes every meal. Maternally Jewish and paternally Palestinian, Abe always attempts avoiding aggravation and unintentional apartheid at the dinner table. Nonetheless, fighting forces the family to constantly be divided. Instead of attending a children’s cooking class during summer, Abe soon befriends an adventurous street chef Chico (Seu Jorge), who encourages expanding his horizons. Can challenging cuisine save Abe and his family?

Mixing flavors should bring people together, but then again cooking can skip a generation. The same can be said with four “cooks” coming up with this story. Writers Fernando Grostein Andrade (also director), Lameece Issaq, Jacob Kader and Christopher Vogler mismanaged the recipe despite being provided with interesting ingredients. “Abe” attracts you with a sweet story on the surface before becoming bitter.

Noah Schnaap’s emergence thanks to “Strangers Things” has made him an actor to watch both on the big and small screens. Schnaap fits fantastically as the titular character captivating you from his opening voiceover and generates genuine enthusiasm whenever he’s talking about cooking. The character remarkably reminds me of a youthful Carl Casper in “Chef” meets Jack Bourdain from “Kitchen Confidential.” Great cooking captures your senses and begs you to take another bite. The same needs to happen when watching cooking entertainment and should entice you to actually appreciate the eating experience. Instead we’re left with the five types of taste with “Abe” resulting in forgettable fast food. 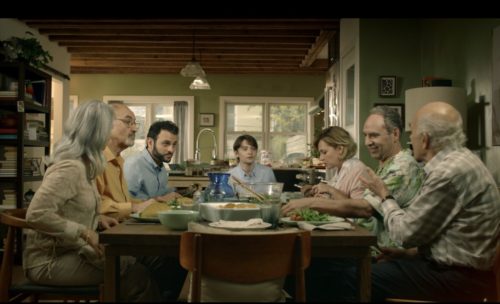 There is tenderness and sweetness with Schnaap’s character. His cooking captures his family’s fondness for food despite their obvious and emotional differences. However, the sourness comes out with the literal and symbolic struggle of Israeli-Palestinian conflict consuming Abe’s everyday life with constant criticisms from both sides. This beleaguered Brooklyn boy deals with the salty and bitter reality ignorant interracial families face with constantly blaming “the other side.” Instead of the family embracing both cultures, his family refuses recognizing the other resulting in a divided household. There are glimpses of savory moments (umami), especially when Abe actually cooks and interacts with Brazilian chef Chico. However, in the end some sweet dishes deserve more attention and require more patience instead of being rushed.

At the heart of “Abe” there are so many marvelous subjects matters, but they’re never given the appropriate attention and go to waste. As a result, the story suffers despite being a charming cooking story with a wonderful headlining performance. The plot is overcooked and glosses over the unique family dynamic trying to establish a larger discussion about religion, the Middle East and politics, yet only scratches the surface. These appealing appetizers whet your appetite, but in the end the kitchen forgot to make your food. 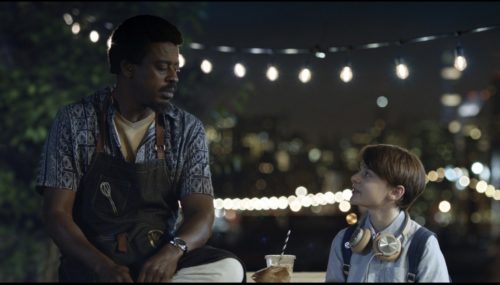 “Abe” attempts to be a cool combo of “Chef” with the passion for cooking, the politics of “Guess Who’s Coming to Dinner,” the family drama of “Tortilla Soup,” and a goofy setup of “The Parent Trap.” In the end, “Abe” utilized the right ingredients, but not enough effort was spent in the kitchen. For every occasional good bite, there were more undercooked spots making you want to send this fun family film back to the kitchen and wish the chef spent more time cooking than daydreaming. Watching “Abe” is like visiting fast food at 2am, sure it might hit the spot, but more than likely you will regret the decision.