Before Tom Hanks tried to win an Academy Award with every role, he was the king of the 1980s comedies. The Man With One Red Show, The Burb’s, Dragnet, just to name a few. There really is nothing like a 1980’s comedy, there’s laughs, an outrageous plot, a crazy villain, a little skin, and big hair. That’s what makes the 1980’s so… well… Awesome!

In one of his classic 1980’s roles, Tom Hanks stars as Rick, an overgrown child who works as a bus driver for a Catholic school. Rick just got engaged to Debbie (Tawny Kitaen) who loves the hapless lout. Debbie’s parents don’t approve of her marriage and wants her to get hitched to Cole (Robert Prescott) the typical 1980’s uptight yuppie. 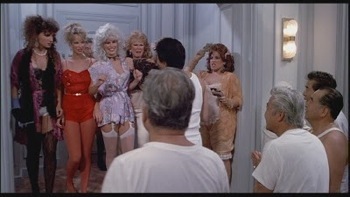 Rick’s friends including Adrian Zmed as Jay (who busts out a great musical segment backed by all female rockers) decide to throw Rick a huge Bachelor Party. Debbie isn’t happy about it, but goes along with the rite of passage. There are hookers, transexuals, stolen Porsches, a dead donkey and more hijinks. Plus, like most 1980’s film lost of flagrant nudity… I know it shouldn’t be shocking, but I think films in the 1980’s didn’t have a censor button, now every time you see a breast it’s shocking. 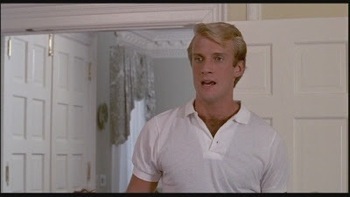 Cole decides he wants to marry Debbie and tries to break Rick an Debbie up, while exposing the Bachelor Party shenanigans. The party is in full swing when Cole gets tired and thrown over a window ledge, shoots arrows at Rick, and other things that could only happen in an 1980’s film. Debbie and her bachelorette party get invaded by the hookers who were supposed to show up to Ricks, and then Debbie and her group try and get even with Rick. 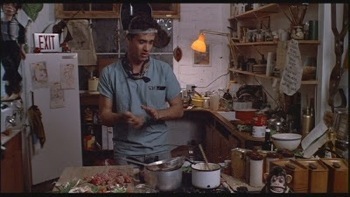 Debbie’s girls end up loosening up, with a hilarious scene involving the late Wendie Jo Sperber at a male strip club. They end up dressing up and heading to Rick’s to catch him in the act of cheating on Debbie. Rick spots Debbie even in disguise and tries to play a trick on her, but it backfires. Debbie thinks Rick wanted to have sex with “her as a hooker” and then Rick convinces her he didn’t cheat on her at the party. All while everyone is naked, in bondage gear, and practically having sex in the living room. 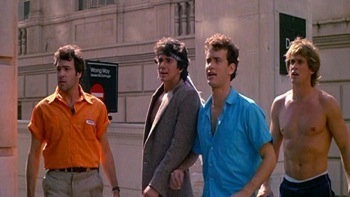 All is well, except the cops are coming and everyone runs out trying not to get busted. Fear not, Debbie and Rick conquer the yuppies and live happily ever after! Like we had any doubt right?

There are some movies that are just products of their time and Bachelor Party is one of them. It’s quintessential 1980’s and I love it. Down to the pink neon at the store where Debbie works and the crimped hair, you’ll find yourself saying, “Grody to the max!” after watching this, which works in it’s favor. Tom Hanks is winning in his leading man role, sure he tries a little too hard to sell the jokes, but honestly, I would rather see Tom Hanks in this kind of role than Captain Phillips. Adrian Zmed is so good as the smarmy best friend it’s hard to imagine him not parlaying it into a full on character actor study. Tawny Kitaen, who will never be nominated for a People’s Choice Award let alone anything else, is good as Debbie, yes Tom Hanks and Tawny Kitaen are getting married. Ah the 1980s! 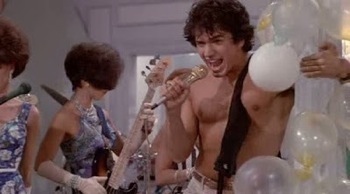 Bachelor Party arrives on blu-ray and while it’s the best I’ve seen the picture look (God bless scratchy VHS!) some older films will obviously have loss when it comes to the transfer. Still, the colors looked good, the pink neon shown and the 1980s fashion popped, so it worked for me! 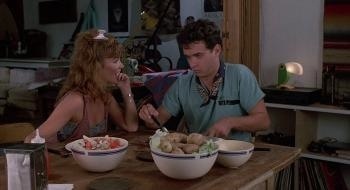 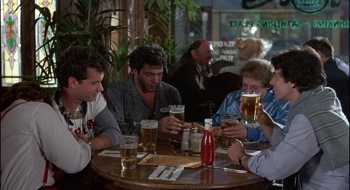 I have to tell you, seeing these vintage behind the scenes features were such a kick and I’m so glad they were brought over to this release. It’s just fun to look back and see a young Tom Hanks talking about one of his first film roles. 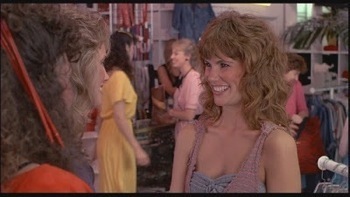 Overall, I have to tell you, I had a ball re-watching this movie. It literally had me smiling the entire time. Sure, you can count it’s flaws, but it’s a product of it’s time and I don’t think if it was made today it would work as well. Tom Hanks and the cast are a delight and honestly it made me long for more Adrian Zmed movies!

Do yourself a favor and grab this one on blu-ray. You’ll thank me.

Bachelor Party is out now on blu-ray! 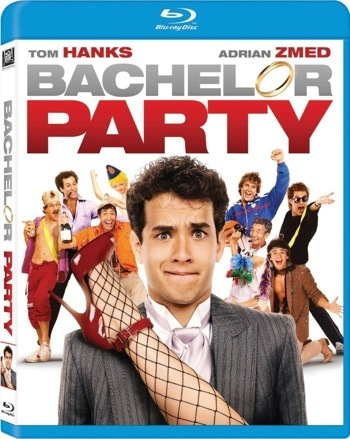