The thing that draws so many amazing actors to television is the ability to really flesh out a character’s backstory and dive deeper into who they are and what their story is. A film only gives viewers a couple hours to fall in love with the characters on screen and their journey. In so many of the recent film to series translations, the appeal for the audience and presumably the actors is, we now get to know how these characters tick. But what happens when that puts a series at odds with what made the film so successful? 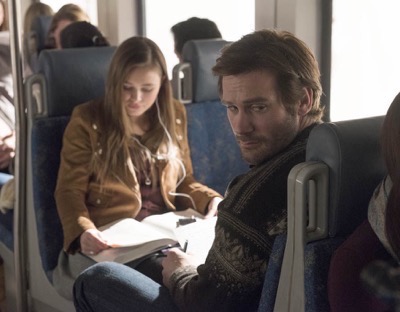 The original Taken film was a huge hit partly because we didn’t know much about the main character Bryan Mills who was played by Liam Neeson. He was a man with a “very particular set of skills” and that’s all we knew. The later sequels filled in his story but that’s not what made the first and most successful film so compelling. We were in the dark much of the time. 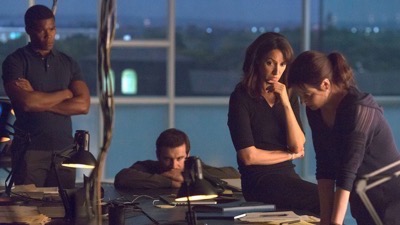 Taken has now been translated to the small screen, Taken Season One is out now on blu-ray and is a prequel where we see Bryan as a younger man currently being played by Clive Standen. We see Bryan with his younger sister Cali (Celeste Desjardins) heading to their parents for a birthday party via the train. Two very unnerving characters who are terrorists, board the train and Bryan using his “very particular set of skills” takes them out. During the ensuing fight, Cali is shot and killed. 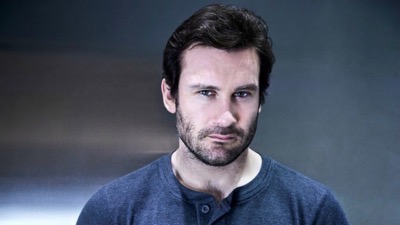 The train incident was not just a random attack but was orchestrated by Carlos Mejia (Louis Ferreira) a known terrorist and drug lord. The way Bryan thwarted the attack gets him noticed by Cristina Hart (Jennifer Beals) who recruits Bryan to join her elite force to battle terrorism and the drug trade. Thus setting the scene for the remainder of the first series run.

Clive Standen, who was an integral part of Vikings and was one of the main reasons the series has been so popular, is the perfect choice for this series. He’s at once extremely believable taking people out, being a badass and also has an emotional core that one doesn’t often see in action stars. It’s sad then that the material doesn’t rise to his level here. Many of the emotional flashback scenes felt a little forced and didn’t resonate. It’s as if the creators said, “We need this backstory, but let’s not dwell too much because we need to see him kickass.” Sadly, it’s hard to build a hero people want to tune in for each week like that. 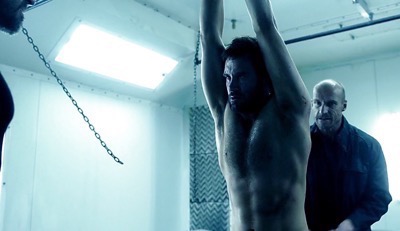 Standen does a great job and if he wanted to go that route, he could be a new action star in the making. There’s a soulfulness behind his eyes that really pushes the series forward. Even with my frustrations with Taken, he is the main reason I tuned in.

There’s a really compelling series here, but it’s as if Taken is torn into wanting to be an action series, but trying to cram in this emotional backstory without giving it time to develop. The other thing that I was confused about was the timeline, as this is a prequel to the film series, but it seems to be set in present day which is kind of confusing to fans of the original series. 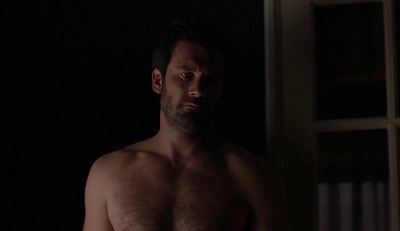 I hear that for season 2, there is going to be a revamp which I’m excited about. There’s so much potential here and it could be an awesome series, as is Taken is good but to rise above all the programming out there right now, it needs to be great.

Taken Season One arrives on Blu-ray in a fine transfer thanks to Lionsgate Home Video. It’s better than the broadcast version with fine details present and fill fallout in the darker scenes. The color tones look good with outdoor sequences popping where they should and being muted in the more industrial areas. 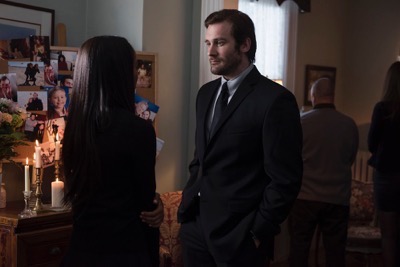 The only special features available on this release is a short featurette titled Taken: On Set. It’s a fairly standard EPK with behind the scenes footage and interviews.

Overall, I liked Taken, but I wanted more from the series. It has the potential to be really compelling and something to tune in for each week. As it stands, it’s good but frustrating because it could really be a great series.

Taken: Season One is out now on Blu-ray