When it comes to films, there are few that are as iconic or classic as the original Alien and its sequel Aliens. The sequels and prequels are little more divisive. People have their own feelings about the films and while none have really captured the cultural zeitgeist as the originals, each one have their own merit.

The newest chapter in the Alien saga is more a direct sequel to Prometheus than a prequel to Alien. It’s been 10 years since the Prometheus expedition and no one knows what happened to the ship. The film opens with a ship called The Covenant who has just been damaged by a solar flare. The crew gets woken up from hyper sleep but the Captain is killed in the process and leadership duties are passed along to Oram (Billy Crudup) a man of faith who attempts to lead the group, but fails. 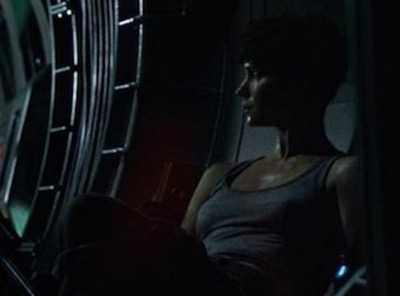 While out doing a repair, Tennessee (Danny McBride) gets a distress call and once he’s back at the ship, they determine that the call is coming from a distant planet. Much to the chagrin of Daniels (Katherine Waterston) who thinks they should continue on to the original planet that they had planned on colonizing. 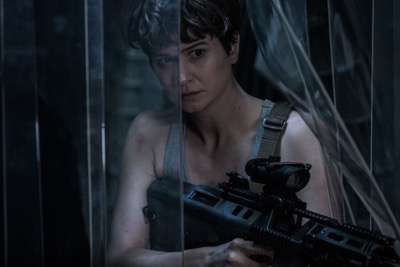 Once on the planet, the crew, with the obligatory expendable red shirts, start exploring and a couple people step on some sack-like pods that unleash some airborne pathogen. This gets into their skin and implants an alien creature that kills the crew members and wreaks havoc. Suddenly, a creature emerges to save them, it’s David (Michael Fassbender) from the Prometheus expedition. He’s synthetic, just like the Covenant’s Walter and they both look the same. Do you see where this is going? 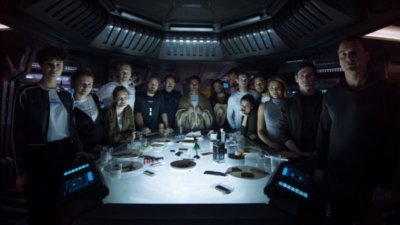 The alien creature eventually comes and gets killed as it offs one of the red shirt crew members. This is when David explains his motivations and the fact that he killed Shaw from the Prometheus and did experiments on her body to create the perfect killing machine. We’re shown that David killed the Engineers with their own black goo disease liquid they made to kill all the humans. 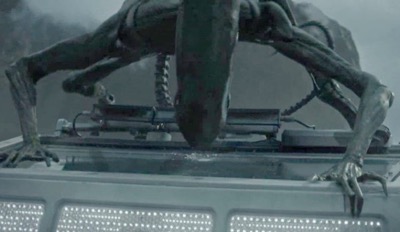 Okay, David also made a giant Alien egg sack that Oram sticks his face into and out pops the traditional Xenomorph we all know and love. This time, the creature is a madcap killing machine as opposed to the traditional Xenomorph who cocoons people to make more of his kind. This creature is all out madcap killer. David kills Walter and takes his place unbeknownst to the crew and the fight with the Xenomorph continues. 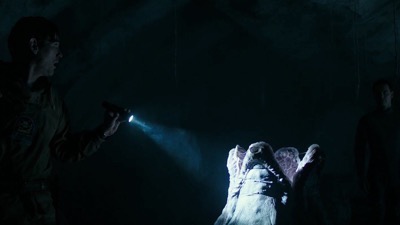 Half a sequel to Prometheus and half an Alien film, Alien: Covenant tries to satisfy two audiences, one that wants a direct Alien film and Ridley Scott’s original plan to make Prometheus 2. Shockingly, the film works even with the patchwork kind of feel. The Alien is truly a menacing creature and Covenant restores some of the horror that the Alien creature has lost over the years. The crew itself is more red shirt cannon fodder with Katherine Waterston coming off like the poor man’s Sigourney Weaver. The real star of the film is the Xenomorph and that’s what audiences come to see. The second half of the film packs the thrills and punch audiences are looking for. 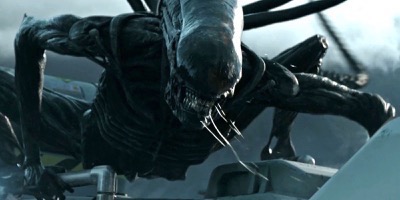 Alien: Covenant arrives on Blu-ray in an excellent transfer thanks to 20th Century Fox Home Video. The picture quality is stunning, the space sequences in particular are crystal clear and pristine. In fact, the space sequences are so clear I had to pause the blu-ray to see all the detail. It is really stunning. The lush landscapes look spectacular and are a stark contrast to the barren world of Prometheus. 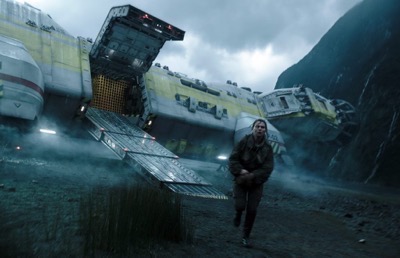 Special Features included on this release include:

Audio Commentary by director Ridley Scott – It’s a standard but good commentary track. There are some good pieces on information as to why certain things were done and why certain choices were made.

Deleted and Extended Scenes – There are almost 18 minutes of deleted and extended scenes. there’s nothing that really adds much to the overall picture and I can see why they were trimmed and excised.

Meet Walter – This is a short promo video that was online and shows scientists building Walter the synthetic.

Phobos – this is a behind the scenes video of the crew going through a fear assessment test. It’s cool but kind of confusing at the end when they are shown a clip from Alien and asked how they feel when seeing that but considering that hasn’t happened yet, it was a little confusing.

The Last Supper – This is a 4 minute video about the crew released online spotlighting the crew.

The Crossing – This is another clip released online that shows Shaw and David and what happened between Prometheus and Covenant.

Master Class: Ridley Scott – this is a documentary on director Ridley Scott that lasts about an hour. It’s a good feature.

David’s Illustration’s – this is a section featuring David’s work in progress sketches of the Xenomorth.

There is also the original trailer and a production gallery. 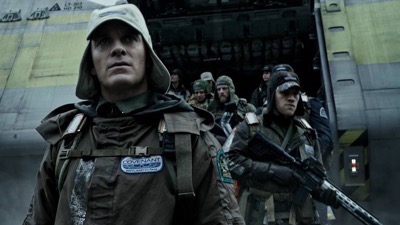 Overall, I have to say the first time I saw Alien: Covenant I was a little disappointed, but on second viewing, I liked the film so much more. The film seems more cohesive and added so much more terror and thrills than Prometheus did. Covenant will never match Alien or Aliens in terms of being a classic sci-fi tale, but it does succeed in returning the series to form after the lackluster sequels. I highly suggest checking it out.

Alien: Covenant is out now on blu-ray!