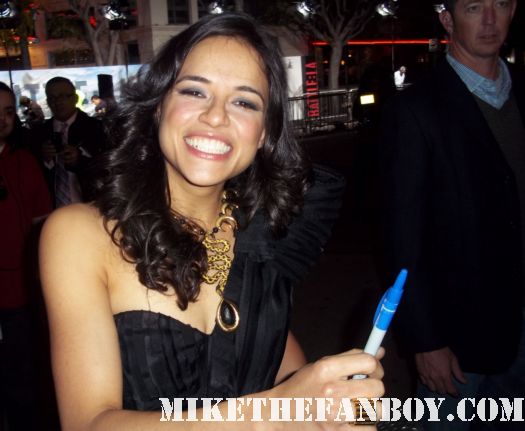 I say, “I don’ think CB has gone to a premiere before” and here he goes proving me wrong once again! LOL… This time the Dark Knight/Batman fan is off and running for Aaron Eckhart and Fast Five star Michelle Rodriguez. I wasn’t planning on going to his premiere and even though a lot of my friends are excited about this flick… I’m not sold as of yet. Anyway, CB is! So, I’ll let him get on with his report!

Take it away CB!

You’re favorite Batman fan, CB is back at it. This time, I’m going for Aaron Eckhart and Michelle Rodriguez. I already met Aaron, check the article on the website, it’s titled “CB meets Harvey Dent”….I think mike wrote that….maybe. Probably not, but in CB world he did….I am a huge fan of Michelle Rodriguez. I love her work, she plays the badass tough chick, how can you NOT love her! Those two and the cast from Battle L.A. will be in Westwood for the premiere. The two are genuinely pretty nice, so I’m bringing an Avatar poster and some 8X10s, because 8X10s are on sale, to the premiere and I’m off. Nananananan CB, CB, CB!

(Editor’s Not… Mike the Fanboy does not endorse such acts of dorkery as typing out the Batman theme song from the 1960’s Batman when referring to The Dark Knight which clearly has nothing to do with the Adam West Batman.… 🙂 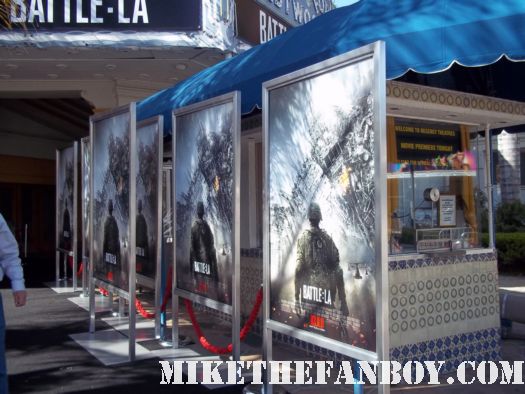 5:00: It’s a deserted wasteland. I can count the people total here with my fingers. Really, no one wants Aaron or Michelle?

6:30: First arrivals, and look all premieres, no one special.

6:40: Michael Pena arrives… Me, and ONLY me yell for him. He’s in the movie dudes! He does a photo and comes right over to me. Signs my picture and heads back…thanks!

6:45: OMG, Harvey Harvey Dent is here! We yell for him and he comes right over. 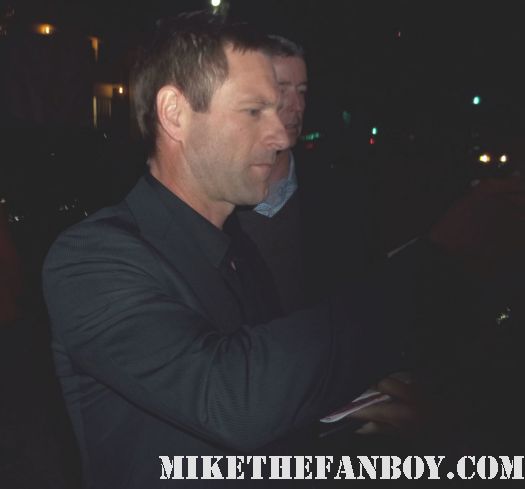 He starts from the beginning of the barricade, taking pictures with people and signing autographs. You rarely see celebs go down the whole line, and let alone take pictures with fans at premieres. Aaron is a stand up guy! 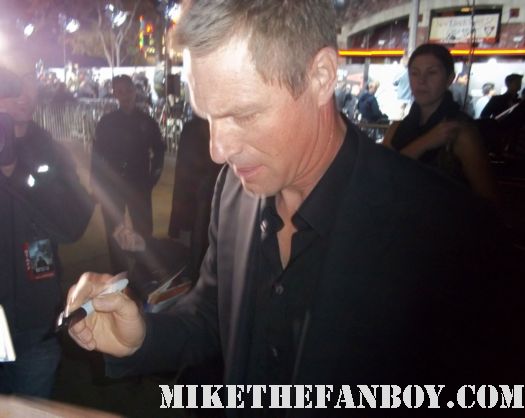 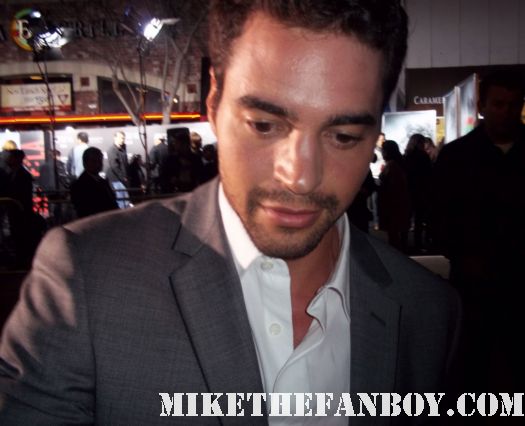 7:00: Someone named NeYo arrives. I don’t follow the rap or the hip and the hop, so I don’t know who he is. He waves and goes onto the carpet.

7:05: All the cast is here, but one person, MICHELLE Rodriguez. She’s running super late… oh where oh where can she be.

7:25: A SUV pulls up, and it’s Michelle. She’s so late she goes straight into the carpet… crackers…..

7:35: I run around the theater entrance. I came this far for Michelle; I need her on my stuff. Michelle is doing interviews, the whole she’ bang.

7:40: Hey, it’s Zachary Levi and Joel Moore. Lucky me, I have my Avatar poster. I ask Joel if he can sign, and he kindly obliges. 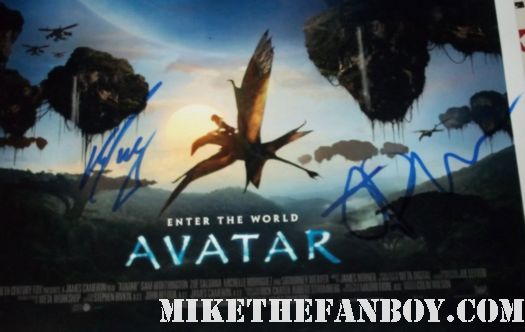 7:55: Finally, she’s finished and once again, we chant for her, and this time she’s comes over, ON THE OTHER SIDE!! Another mad dash to the other side of the theater.

She signs and takes photos with everyone, and I mean EVERYONE! She’s so so so so nice. I get her to sign my photo, poster, and cast photo. Overall, I’m really happy how the event turned out. Until next time, KAPOOOW! CB out. 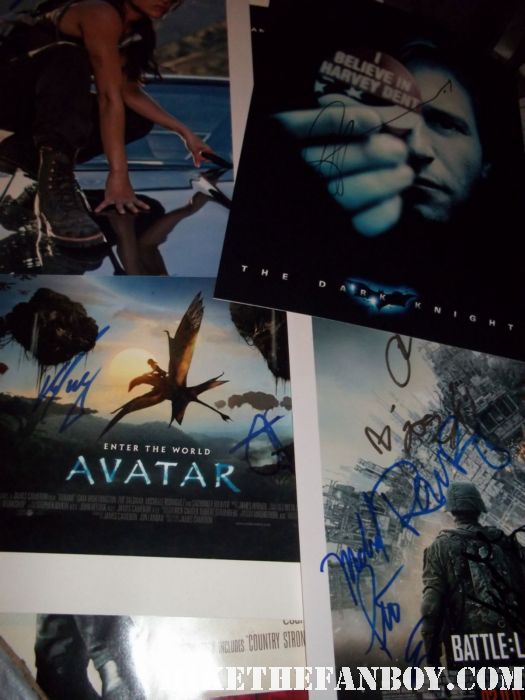