While the start of Black Sail’s third season isn’t until January, Starz as just released a new trailer that give us our first glimpse of Blackbeard (Ray Stevenson). After the big shake up last season, alliances are changing and, well, there’s just some awesome action sequences as well.

Black Sails is one of Starz’s most watched shows and it’s shown in a bazillion countries around the world so it’s already renewed for season 4. Since they film in South Africa and it’s about to be summer there, the cast and crew will soon depart to film. While there won’t be a large Black Sails presence at New York Comic Con this year (it’ll be all about Ash vs. Evil Dead which premiers on Halloween), Mark Ryan and Jessica Parker Kennedy will be around to meet fans in the autograph hall. 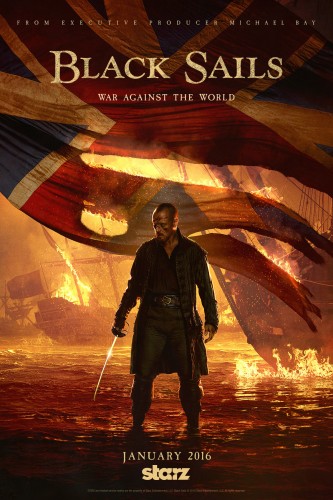 I can’t wait for season three in January!