Chicago Comic and Entertainment Expo 2018 (aka C2E2 2018) is finished and it’s time to recap all the bookish fun!

I stayed up until 2 AM Friday morning to finish reading Laura Sebastian’s Ash Princess which is not a good way to kick off a con weekend! I may have been blurry-eyed, but Laura was nice and excited for her first panel and signing. Ash Princess, debuting April 24th, is the start of a new fantasy trilogy about a princess who’s an ornamental hostage since her country has been conquered. Now it’s time for her to start a rebellion and free her people. 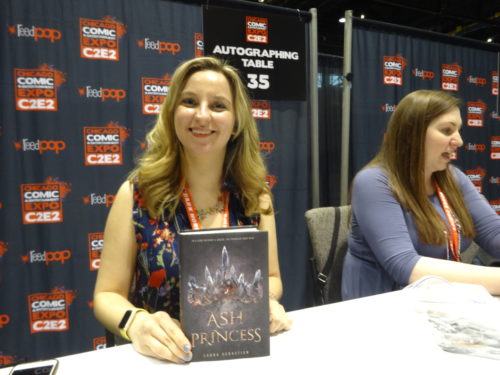 I had plans to attend more signings, but they got waylaid by a case of food poisoning (long story). So unfortunately I missed the chance to meet Justina Ireland (Dread Nation), Rebecca Ross (The Queen’s Rising) and Gloria Chao (American Panda) among others. Ah well!

I did get a chance to catch up with the delightful Tricia Levenseller, author of the rollicking Daughter of the Pirate King duology. For more about this fun pirate adventure that turns all sorts of tropes on its head, check out our chat at last year’s C2E2. 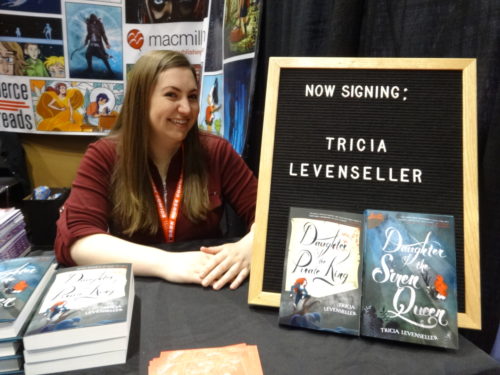 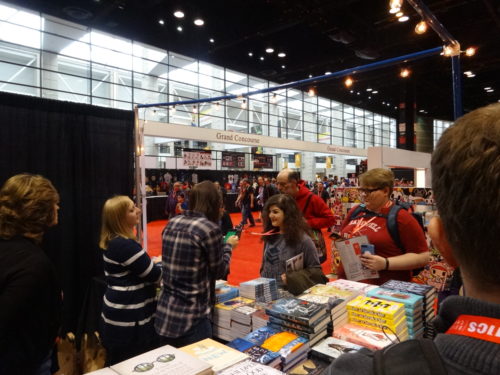 They came to promote existing books like Marissa Meyer’s superhero series Renegades (the sequel, Archenemies, will be out in November). 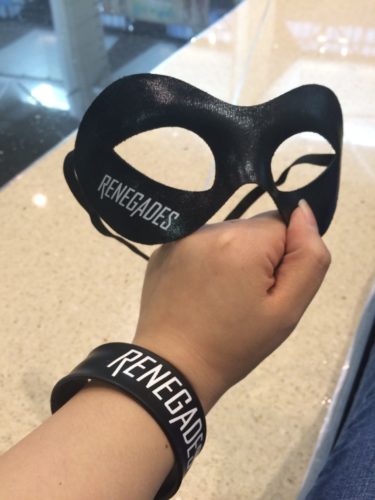 They also brought advance reader copies of upcoming titles like Check Please: #Hockey, a graphic novel based on the really popular webcomic. It’s the super cute story of Eric Bittle’s first years of college where he just wants to play hockey, skate, vlog and maybe fall in love. The puck drops in September! 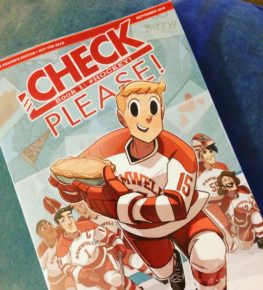 The Supervillain and Me by Danielle Banas is set in a world filled with superheroes and one girl discovers a bad-guy-in-the-making isn’t all that evil after all. Look for this one in July. 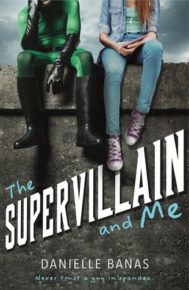 I haven’t heard much about Mayfly (May), but it sounds like an interesting dystopian thriller where the adults died in a plague and life is about scavenging for supplies and re-populating the earth before time runs out. 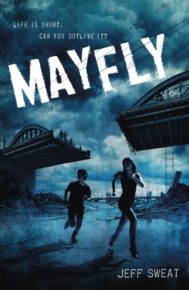 The book I am most excited for is Mary E. Pearson’s Dance of Thieves which takes place in the same world as her terrific The Remnant Chronicles. That’s pretty much all I need to know to put this at the top of my wish list for the year! Dance of Thieves is about outlaws, thieves and power plays and it hits bookshelves in August! 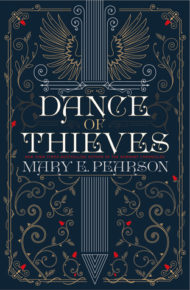