It’s that time once again – the year end box office breakdown for 2019!!

Walt Disney Studios really cashed in, having 7 of the top 10 most successful movies of the year and an all-time record smashing global take of $11.12 billion. That’s correct, B-illion, not M-illion. That success was due to Disney’s stacked release calendar, which pushed their box office totals to never before seen heights, (and likely never again). Warner Bros was a not very close second thanks to the success of Joker, and Universal limped across the finish line in third place. Domestic grosses were down over 4% for the entire year. Still, Disney looks to dominate the box office easily into the upcoming decade, as well. Below is a chart of the top ten grossing films of the year. I have also includes the bottom ten (of out 100).

What was your favorite movie of the year? How did it do financially? Did it make the top or bottom chart? Let us know in the comments section! 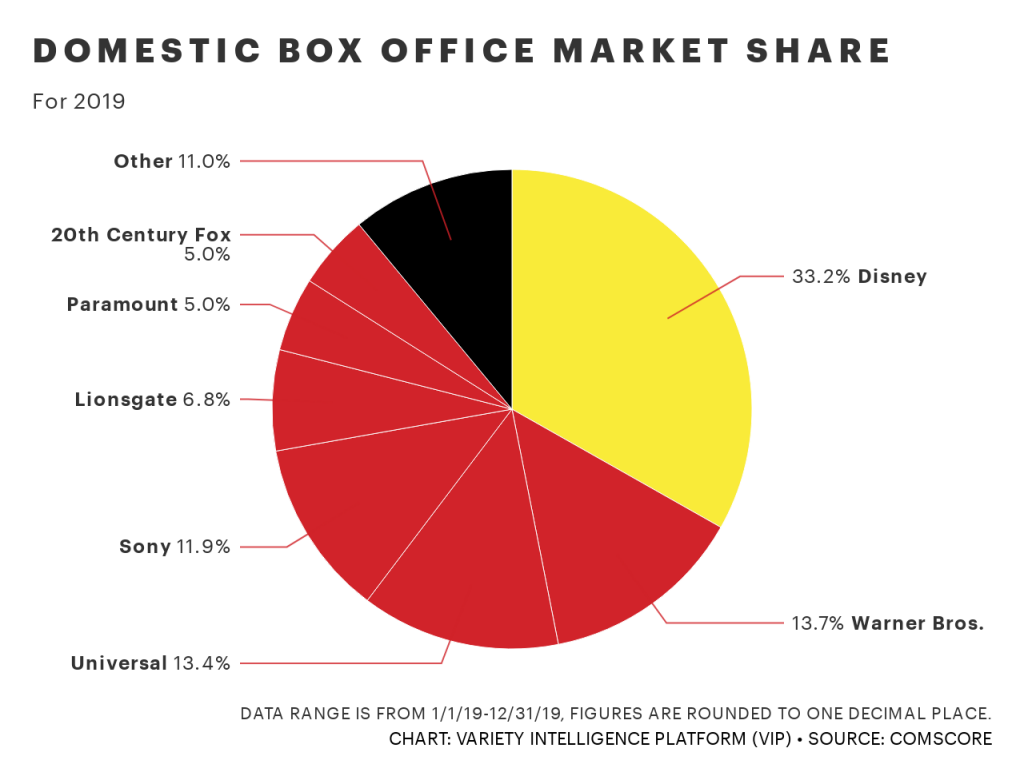