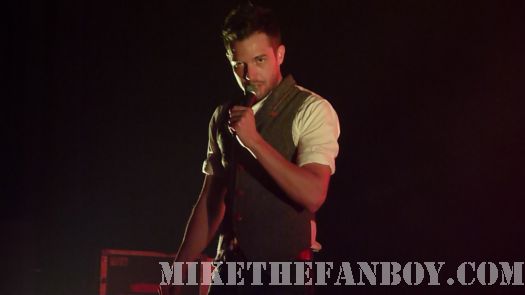 Mikethefanboy.com reader… Scott, just gave us another amazing set of pictures from Brandon Flowers show the other night at the Wiltern Theatre in Los Angeles! I must say, I’m a tad devastated I couldn’t go… sigh… These pictures are amazing! Check out the full set of pictures and review after the jump! You rock Scott keep em’ coming! 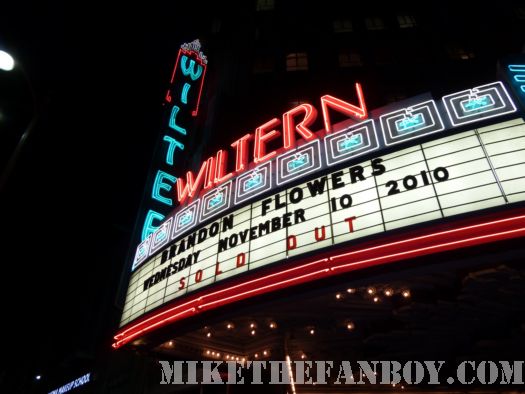 Tonight was the second Brandon Flowers show in Southern California. I left work and headed straight to the venue. I am a “concert goer” who feels that if I am not upfront seeing the sweat drip from an artist’s head, it is not getting the full experience. I got in line around 4:30p.m. Again there was a sizeable line in front of me. The Wiltern is now offering early admission with the possibility of a pit spot for $20.00. Venues are doing anything to gouge the concert patron who has already dropped a lot of money for the ticket, parking, and gas to get there. I declined and took my chances with my place in line.

At 7p.m. The doors opened and I rushed in to try and gain access into the pit. Unfortunately, by the time I got in, they said they had given out all the wristbands. So, I grabbed a spot right off the aisle and near the bouncers who alluded there may be more wrists bands. Five minutes later more wristbands showed up and I gained my spot in the pit! Shortly after 8p.m. Fran Healy took the stage again with another great set similar to the show in Pomona.

A little after 9p.m. Brandon took the stage! The crowd seemed to be more enthusiastic than the night before in Pomona. 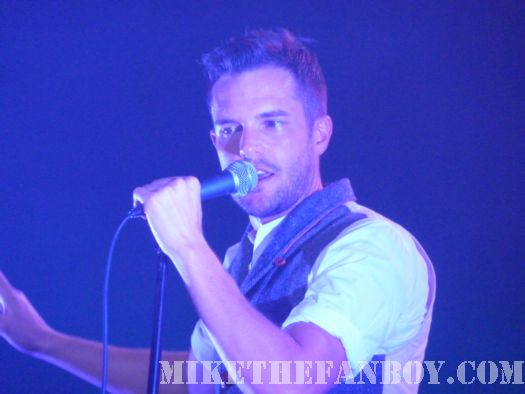 Brandon acknowledged that the Pomona crowd had made him feel welcome, but the audience tonight gave him an even a more grand reception. 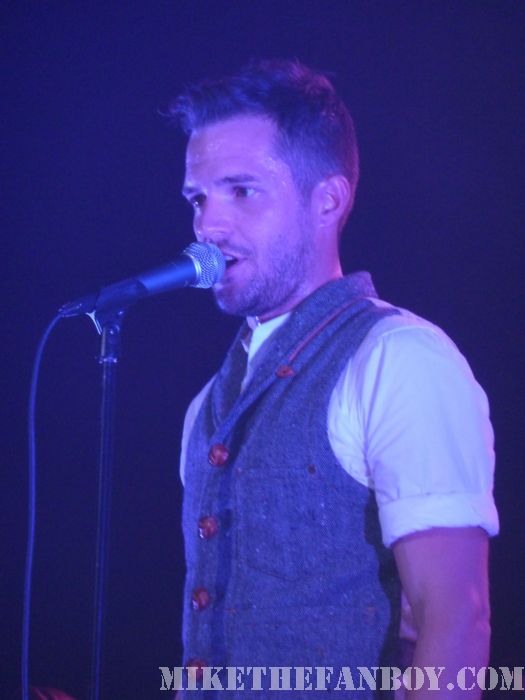 Brandon performed the same set list as the night before, with the exception of the encore. When Brandon came out for the encore he had a special guest. I was wondering if he would have a special guest join him on stage in Los Angeles, as he had producer / re-mixer Stuart Price join him in London. I thought he may have Jenny Lewis join him for Hard Enough since she lives in Los Angeles, but he sang the song earlier in the night and she was not present. As it turns out the special guest was Andy Summers, the guitarist of The Police. 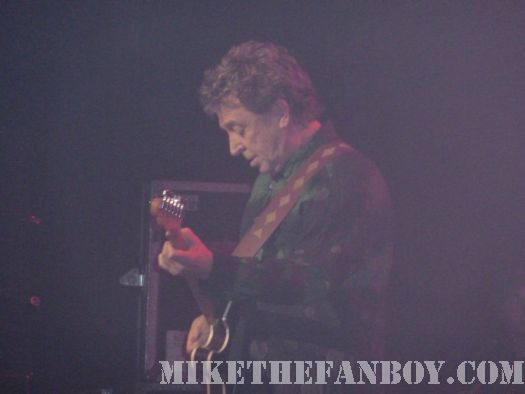 He and Brandon performed The Police’s Roxanne. It was one of those truly magical concert experiences. People ask me why I attend multiple nights of my favorite artists, and this surprise guest and performance is exactly the reason. 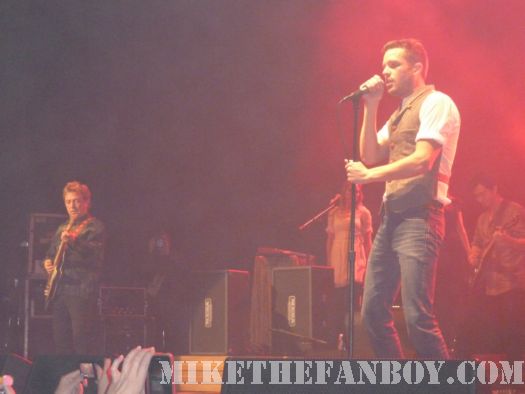 Song highlights for me tonight: Jilted Lovers and Broken Hearts, Only the Young, Playing With Fire, and Roxanne. 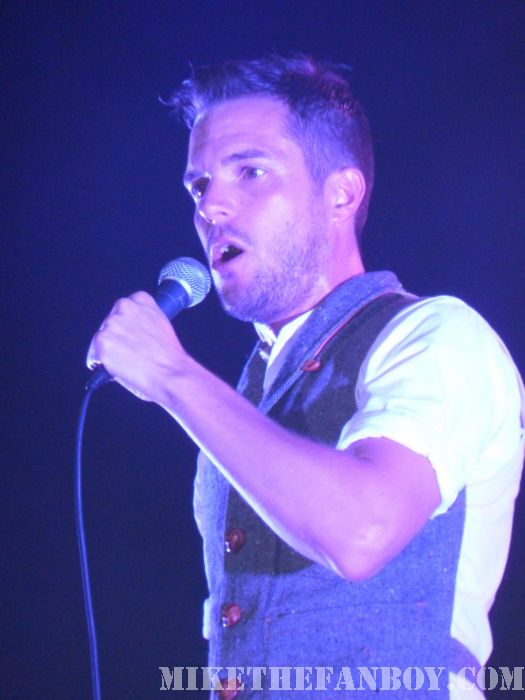 Following the show, being a super dork fan, I made my way out to where the tour bus was parked. I waited about an hour with close to 100 other fans. 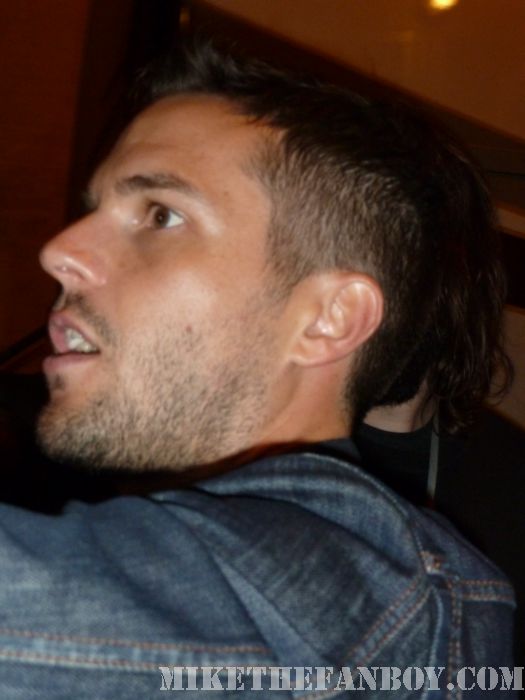 Brandon made his way out and graciously signed autographs. I was able to have him sign my issue of the British music magazine Q. It was the perfect ending to another great night! Thank you Brandon Flowers for two amazing nights of music. 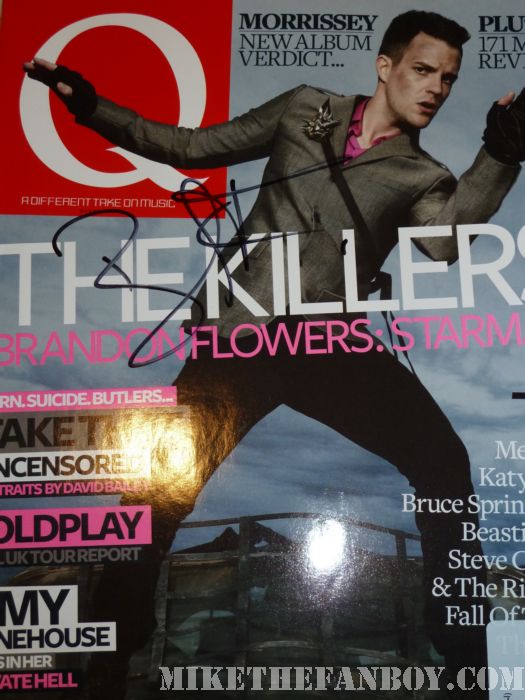